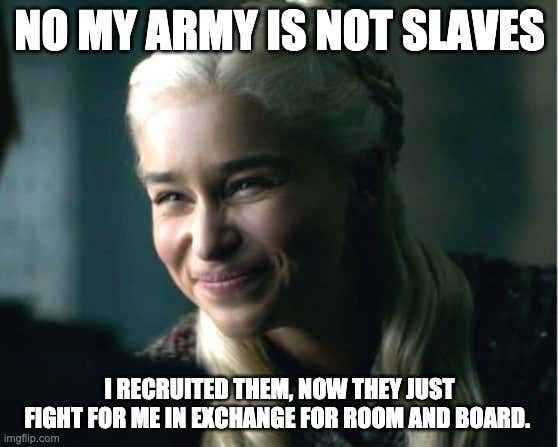 This is your queen? Hillary Rodham Khaleesi continues to go through life entitled because her sexual predator hubsand got a infected cigar put out in his own axe wound for a change.

So far Danyerious has managed to take over several civilazations because they were slave owners and then freed their slaves by making them march with her and fight her battles for her and die and do chores for her. Totally different from where she rescued them from. Shoot, even Tom Brady had a similar take: 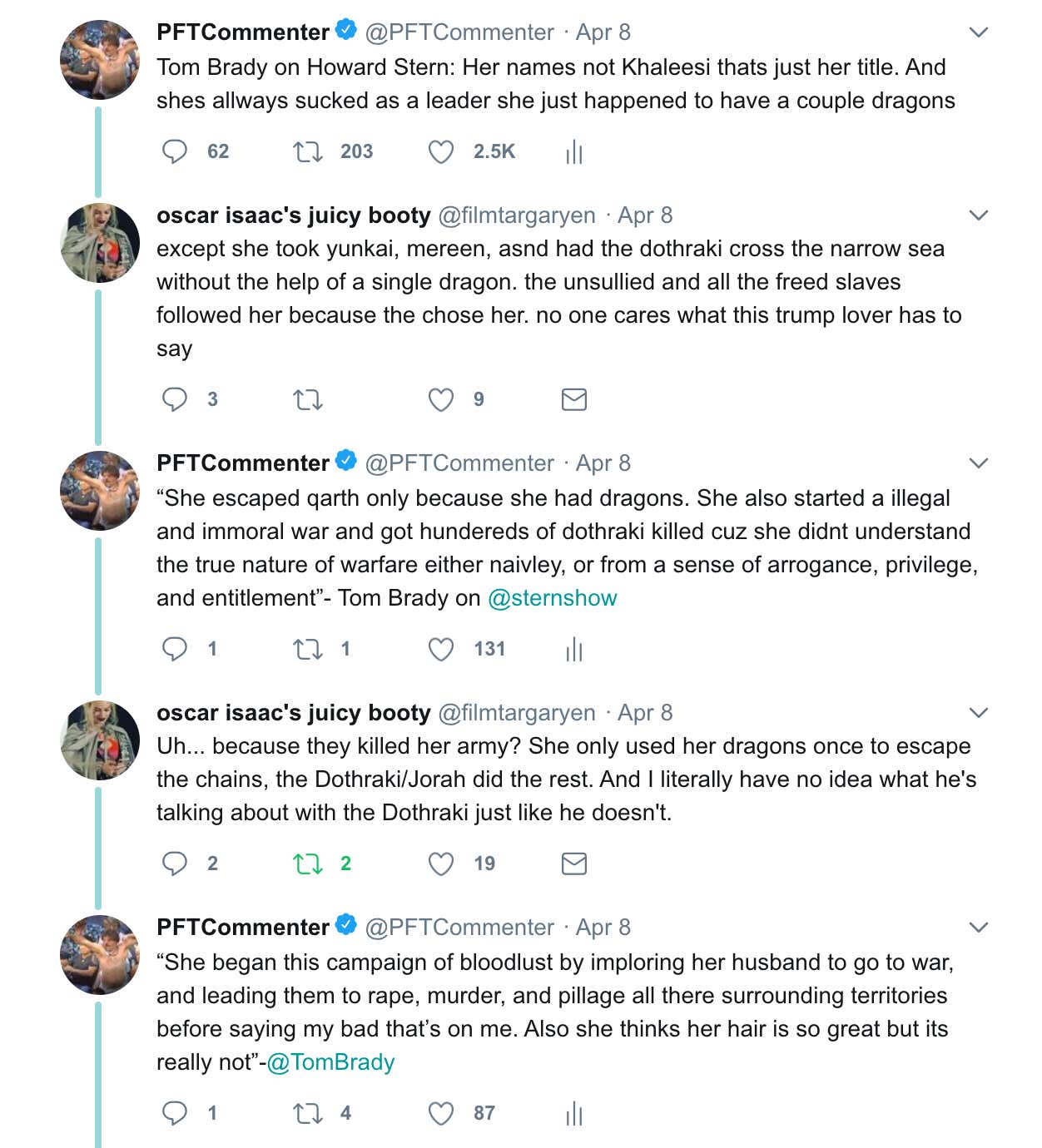 Now I would not call her a slaver as many others have, but I would say her entire Dothraki operation is basicaly the NCAA of the middle ages or whatever time period GOT was suppose to be set in that featured swords, dragons, and starbucks cups. She goes from town to town, luring people into her command by saying theyre going to win all these wars they wont to get paid for in exchange for room, board, and education.

Danyerious has a name with so many titles that it sounds like Cam Newton or Tom Savages collegiate history when hes announcing himself on Sunday night football, and this is no accident. Writer George RR Martin, nerd and diehard fan of the New York Jets and extraneous nude scenes, gave her so many titles to stretch out his page count simply because hes lazy and didnt feel like using that space for any useful additions like giving Sansa a personalty. If I were writing a term paper I would make it about the Khaleesi and her unruly dragons just so I could write Daenerys of the House Targaryen, the First of Her Name, The Unburnt, Queen of the Andals, the Rhoynar and the First Men, Queen of Meereen, Khaleesi of the Great Grass Sea, Protector of the Realm, Lady Regent of the Seven Kingdoms, Breaker of Chains and Mother of Dragons 40 times on each page.

So without further ado- here are my GOT Chads and Virgins for Season 3: 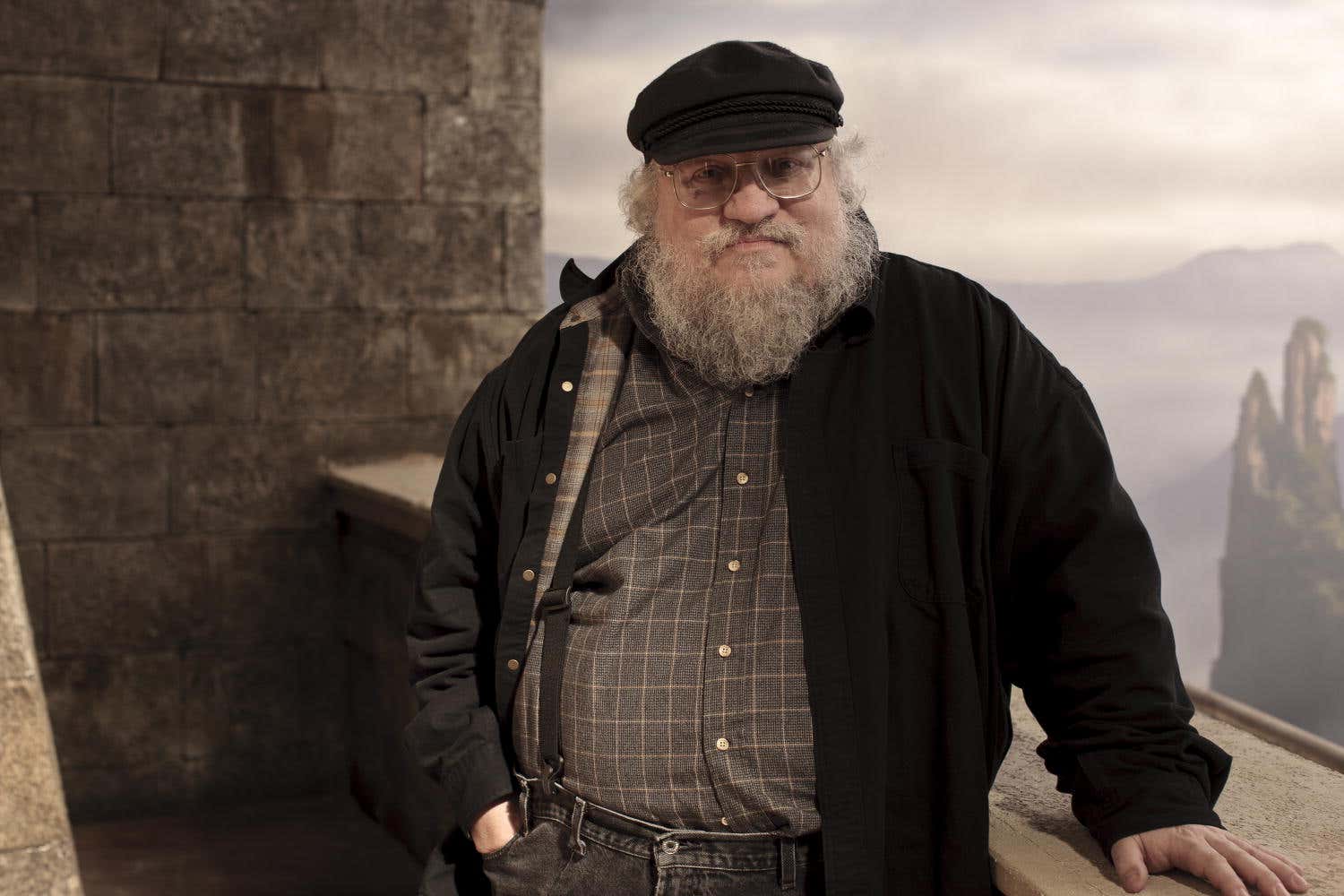 Martins on a roll here in season three though and he knows it. He is a expert at manipulating our minds and toying with us and we keep eating that shit up. Martin writes characters intentionally that he knows the audience will fall in love with, just so he can kill them, and remind us that he, the noble scribe,  is our one true love; and that we rely on him and his weird brain underneath his unusual hats to create characters that we sympathize with. Its almost like hes emotionally manipulating the audience into falling in love with him and you know what its working. Sure Jamie Lannister might seem cool- he's slaying kings and punani taking over branches of both goverment and his family tree, but you know whats really cool? The smart guy who wrote that character. The Pen is mighter than the sword, as Darrell Hammond playing Sean Connorey once said on Saturday Night Live's "Celebrity Jeopardy" sketch, and Martins got us addicted his Pen is leaving us on needles folks. (Absolutely landed the ending of this paragraph IMO.) 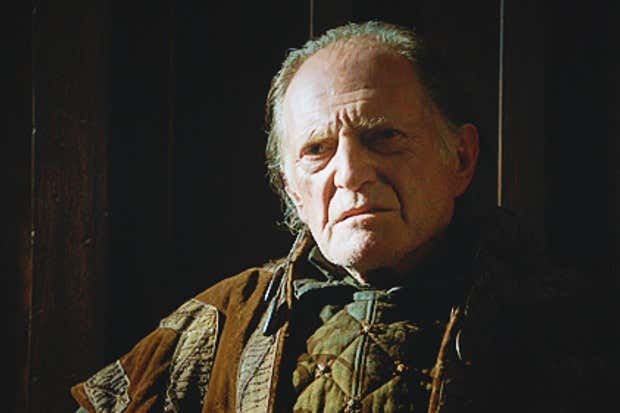 Tough to stay above the freys when they live under bridges as the old saying goes. The red wedding absoluteley shocked me. Was not prepared for it in any real way. I knew there woud eventually be a wedding, I knew it would be red, I knew someone would get stabbed int he stomach, and I knew it would be shocking but had no idea it was going to happen here.It was a moment where I dont think I said a word for the next 2 hours after watching it because I was certain I was in a dream and that didnt happen. I was also immensely disappointed in myself for not seeing it coming because:

You dont mess with a bridge person.

Let this be a valuable lesson to you all. The Frey's had absolutely nothing going on with their lives besides standing next to a bridge and hoping someone would show up and talk to them for a while. You know that guy at work whose desk you avoid all the time because he works way off on his own and only talks about his cat to the three people a day who have to ask him to notarize something? That is the Freys. Their only interaction is with people who are inconvenienced who have no other options but to talk to them- they're like tow truck drivers, ex-wives, and tax attorneys all rolled into one, so they weild that power like its the sword of christ.

I have to be honest I wasnt so upset about Rob Stark dying, now I dont have to be disappointed when the camera cuts to him in a new scene and then it shows his entire face and its not Jon Snow. His only real value as a caharacter was that his dad is cool and that he sucks at leading, and he falls in love easily. Theres a reason why Ryan Gossling didnt have alot of lines in Drive, because its way cooler if a simpy main character intentionally dosent have a personality than it is if its an accident. 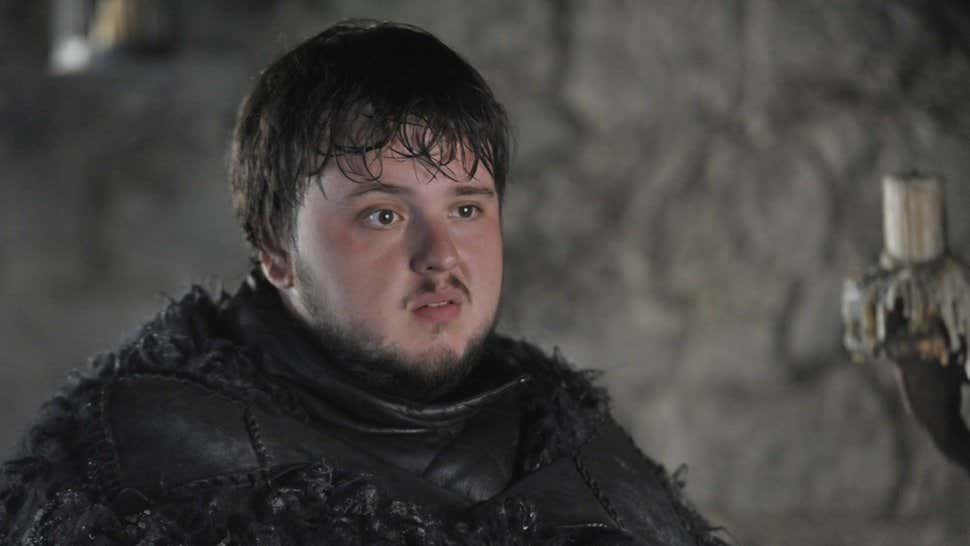 Sam is the rare virgin who is actualy a chad. He has alot of things going for him:

-He sucks at war so no one asks him for favors

-Hes stationed in the north, so even though hes a thicc fuzzy boi he gets to cover up by wearing a entire buffalo

-Hes so obviously not a threat that the white walkers dont even bother attacking him on two different occaisions when they could of easily killed him. I make the analogy that encountering Sam on a battlefield is like seeing Joe Flacco or Philip Rivers split out at wide receiver during a wildcat play and the corner is like "might as well just blitz". Live look at Sam north of the wall when a skeleton sees him hiding behind a rock thats comically too small to shield his entire body:

The name of the game is staying alive- and being not enough of a threat to kill has worked out pretty well for the swiss and canadians over the past couple decades. 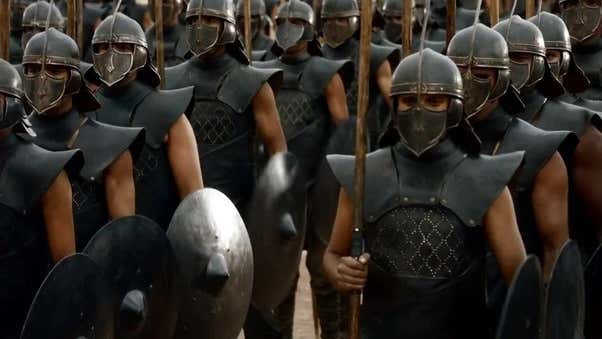 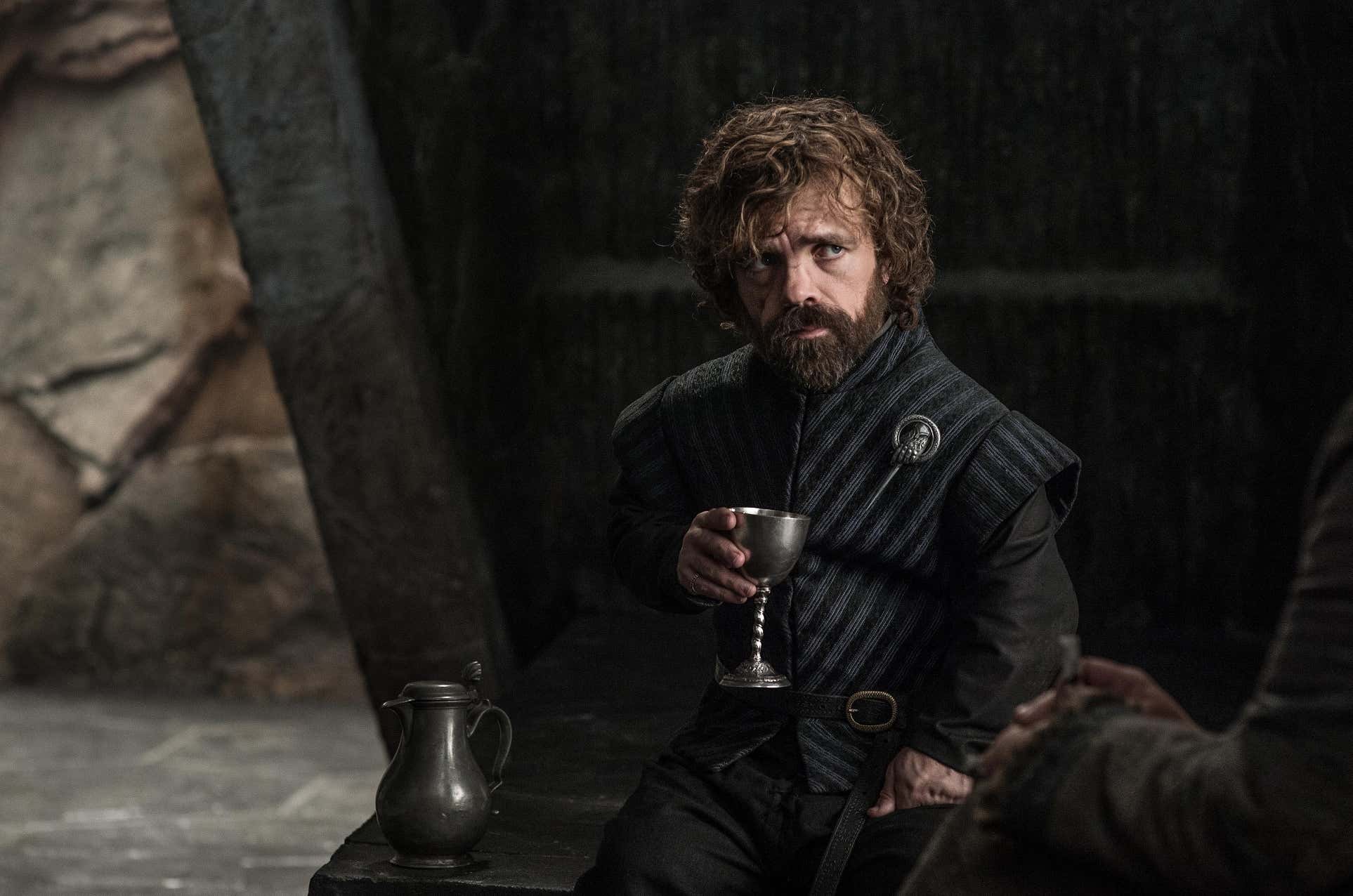 Ok hes a great guy because he got hammered at his own wedding and didnt force Sansa to sleep with him. Thats how low the bar is for ethics in Kings Landing, is that going one night without committing rape on a child gets you elgible for whatever their Walter Payton Man of The Year award is. You have to almost wonder how many times Jeffrey Epstein hit up George RR Martin about Westeros and told him to name his price.

I'm primarily listing Tyrion as a virg because in contrast to the boy king man child Joffrey he is dog shit. Joffrey is evil not because he chooses to be, but because its all that he knows. When Tyrion tries to be mean to his true love former-whore its just because he does lame stuff like care about her. Tyrion sucks at being mean to anyone until he's behind the scenes, he is more of a two-face than Stannis' daughter.

Tyrion is a passive agressive roomate that leaves notes because some people clean up their own mattress the morning after there wedding, and it would be nice if others didnt have to rely on their handmaids to knife it out for them.  I want to like Tyrion I just wish he would hurry up and say the "I drink and know things" line allready so I dont have to feel like such a fraud when I laugh until I piss myself every time I see someone use it as a buzztime trivia name at Buffalo Wild Wings. 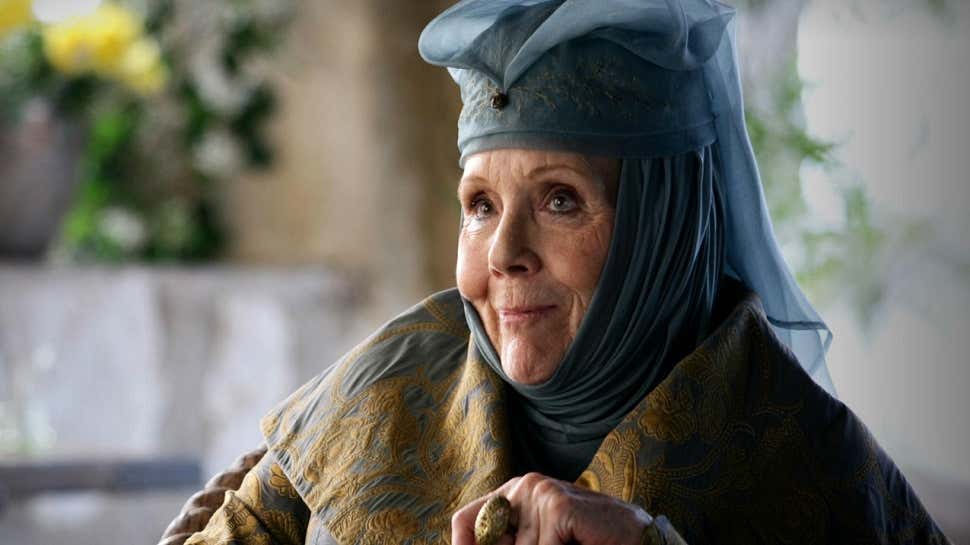 Ol ladys cheekbones higher then Jamaican JR Smith. Cheekbones so high Tyrion bricked a dunk off them. Girl went on Nip Tuck and got Tara Reids boobs implanted under her eyes.

This lady strikes me as a woman who had so much sex back in the day she decided one day to wear that diet-nun headgear and took out a full-page ad on her face saying thanks for all the memories but its time to spend more time manipulating my family.

Bold predictions for season 4:
Maergery's Granma is gonna put that thang on someone and break it clean off. Probably steal Jamie's hand right off his body with that ol dynomite vice grip of a coochie coo.

Theon's sister is going to kill everyone

Im going to break my TV if they kill another wolf

You know nothing Jon Snow.