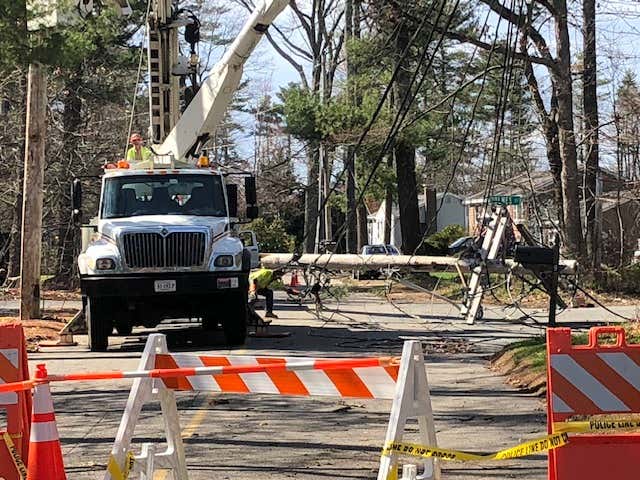 Here in Massachusetts we normally have our shovels full during the winter months. It was back in the winter of 2014-2015 that we had a record total snowfall of 109", most of which came in February and March. In a two week span, the schools were open for maybe two days. As a teacher then, I remember it well, the last day of school was moved to June 26th.

I'm stubborn and I still hand shovel my driveway, which is four cars long and two cars wide. I told my wife before I went out to shovel 30" of fresh snow that year, "If you see me in the driveway making snow angels, I'm probably having a fucking heart attack. Don't wait, call 911!" Obviously, I survived.

This year we got very little snowfall, so much so Boston Globe writer David Epstein published an article on February 20th, and using his best Yogi-ism, titled it "There's been no winter this winter". And he's right. In my neck of the woods, we totaled a mere 15" and it was unseasonably warm.

In 1997 we got blasted with over two feet of snow on April Fool's Day. A tree fell across our driveway and we lost power for a week. That's why I keep my shovels by the front stairs until the second week of April. I just put them away.

But snow and frigid temps aren't our only concern. We've had torrential rains accompanied by heavy winds that have done a lot of damage to trees, property, and power lines. This last storm had wind gusts that reached 80 MPH in Milton, original home to Barstool Sports and where in 2010 Boston Magazine predicted David Portnoy would be Boston's next Media Mogul by "building an empire – one blog post (and one babe) at a time". Kudos to writer Amy J. Downey for being right with her bold prediction.

On Monday, outside my door the wind gusts reached 60MPH. At one point, 100,000 households in Massachusetts were without power and we were one of them. The storm was bad but served as an unwelcome distraction from COVID-19. With the power out, and the culprit having fallen less than 100 yards from our mailbox, on Tuesday afternoon my wife and I walked to where National Grid was on the job. Several of my neighbors were interested as well, and we all congregated in the street, careful to maintain our social distance without mentioning it.

Twenty-eight hours after losing power, National Grid had successfully removed the fallen tree and the shattered telephone pole, installed a new pole, reinstalled two transformers and connected all the wires. In my opinion, they did a hell of a job.

So, what have I learned? I need a portable generator! I'm a Meme Lord now and I protect one David Portnoy, aka El Presidente, and I need to be ready at all times! I'm on it.