That new, fashion-forward redesign that had Indy fans excited because it's their first change in a long time? That the Colts' official site describes as follows: "The outline of the state of Indiana is carved out of the “C” from the Colts’ new word mark  to honor the team’s home state and community"?

Well it seems there are at least a few people from Indiana who were more impressed with the look when they came up with it for Cathedral High School in Indianapolis. One of whom is Cathedral football's former head coach, Jere Kubuske.

A logo that the CHS Irish have been using on social media for at least three years:

Of course, you could argue that a billion dollar pro franchise could easily miss what's going on right under their nose and would have no connection whatsoever with a local high school football program, there's the inconvenient truths that Cathedral is the winningest program in the history of Indiana high school football, plays their home games at Lucas Oil, and the Colts' Pro Bowl tight end went there and is one of many Colts who is constantly getting Tweeted by the program.

But I suppose there's no reason to be surprised. What's an team run by a pill-popping, brain-addled lesser son of a great NFL visionary supposed to do? Have their professionals to come up with something original? Hire an outside marketing group to create a design? Hold a fan contest and pay the winner? Why bother when you've got someone else's inspiration right in your own backyard and all over your Twitter feed that you can plagiarize the shit out of?

I suppose know we can look forward to a banner hanging from the rafters that reads "Most Original Logo of a 'C' with Indiana as the Center Finalist." 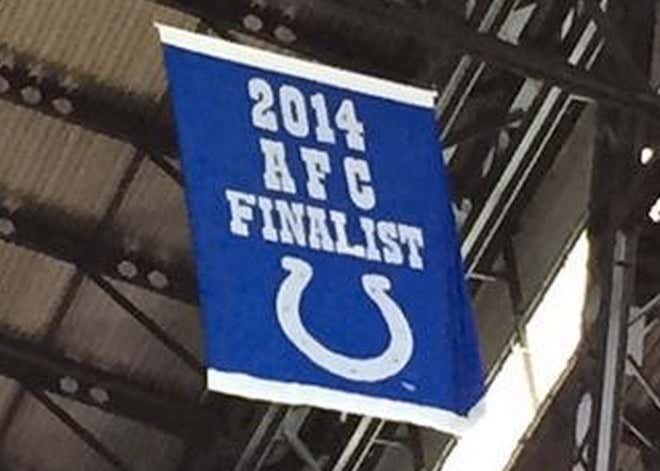