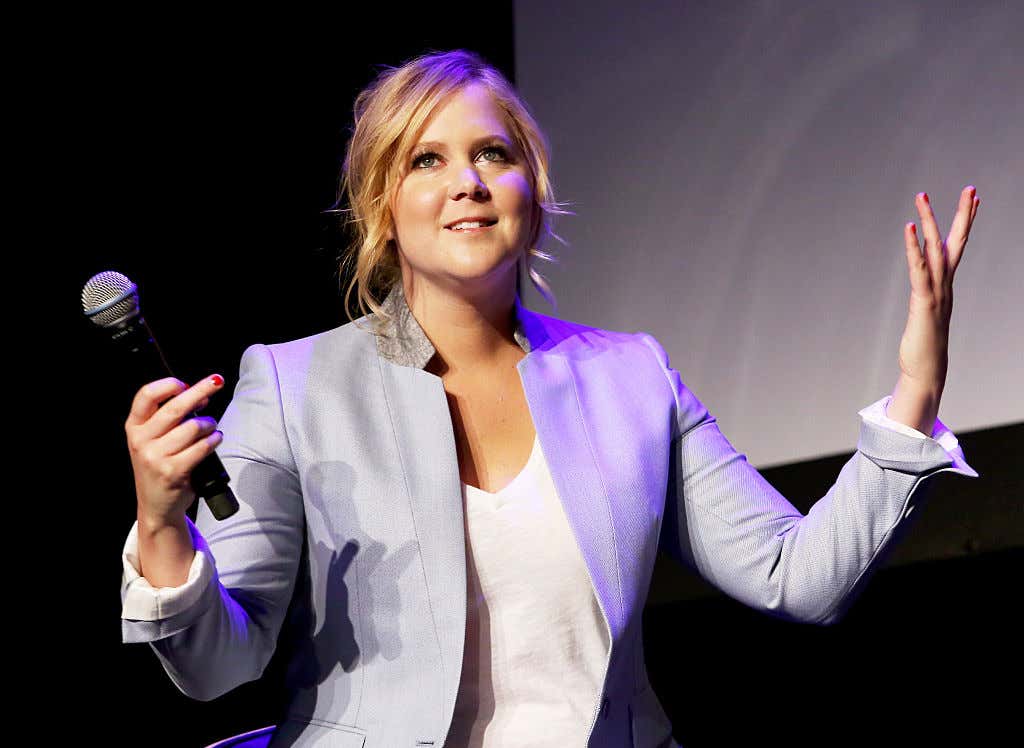 Today - When Amy Schumer and her husband, Chris Fischer, welcomed their son, Gene Attell, in May 2019, some on the internet were quick to point out that his name sounded a lot like genital.

The couple realized those commenters may have a point.

Schumer, 38, revealed on Tuesday that she and Fischer officially changed the 11-month-old's name to Gene David Fischer.

I have a very rocky relationship with Amy Schumer. I once did a blog where I *defended* her against joke-stealing allegations and then she got really mad at me and sent me a million DMs about inequality and this that and the other. It was strange and then after about an hour or two of back and forth she blocked me. Weird times. Looking back on it I think something was a bit off with her tbh, not just "Trump broke her brain" but I think she was in a dark spot in her life. It was also when she was posting videos of herself puking on IG and things like that.

I don't hate Amy Schumer at all- She found a niche in comedy that works and did it better than anyone else and now has world-wide fame as a result. That's comedy, baby.

Oh wait I just remembered why she DM'd me, it was because I blogged how she took credit for nobody doing the Super Bowl halftime show and then Travis Scott joined it the next day. What a strange time. I hope we look back on this Kaepernick thing and realize how stupid everyone was. Whatever, let's not get back into that.

What is this blog about again. Oh yeah. She named her baby "Genital". Gene Attell. It had to be for the joke, right? Had to be. I respect the fuck out of that, but then she had a a moment where she was like "wait a minute, do I really want my child growing up being Genital for the joke? Probably not" so she changed it. I do laugh at the prospect of giving your kid a joke name to make yourself laugh. Like, there was this kid in elementary school named Will Wilson. His parents had to have done that on purpose to make themselves laugh. It's not as bad as Genital obviously, but the point remains.

So I give Amy credit for changing the name. Though in fairness, nobody really goes by first and middle name besides like, Jonathon Taylor Thomas. So it really woulda been "Gene Schumer", but I appreciate the foresight to get out ahead of the "mom, why did you name me Genital as a joke?" conversation.

Hope me and Amy can be buds again. Unblock me on IG!