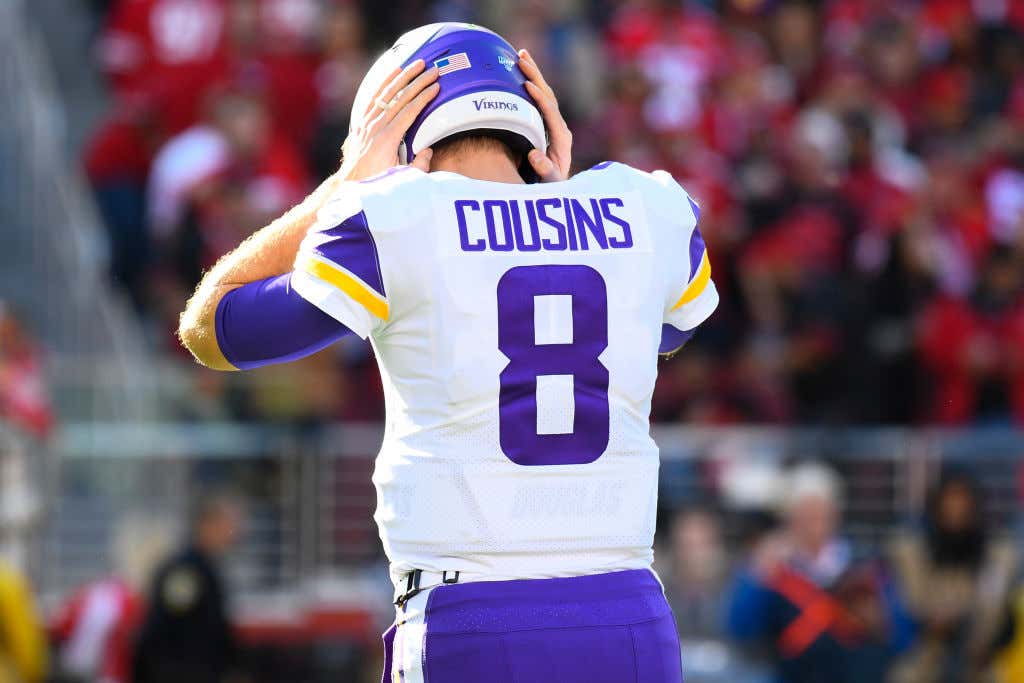 ProFootballTalk - Vikings quarterback Kirk Cousins took it a step farther on Tuesday when discussing the possibility that all or part of the 2020 season will entail games without folks in the stands cheering or booing the performances of the players.

“Honestly, we practice every day in an empty grass area and pump in fake crowd noise for away games,” Cousins said on a conference call, via ESPN.com. “But more often than not, you’re used to it. OTA practices don’t have a lot of pomp and circumstance to them. So honestly to go out and just play the game would kind of be refreshing, a breath of fresh air, to just let us know that we don’t have to have all the smoke and the fire, we can just play football. So as long as we’re playing the game, I won’t have a lot of complaints, and hopefully if it’s still not returned to normal, we can find a way to make it work.”

If there's any athlete in America who was born to play in front of a crowd of zero people, it's Kirk Cousins. You take all the pressure of potentially getting booed by thousands away from this man and he's in heaven. Kirk Cousins may be the human embodiment of a glass of warm milk, but never take the Milkman too lightly.

No pressure. No getting rattled by thousands of fans berating him that he sucks, both Vikings fans and opponents alike. And now what's the difference between a primetime game and any other ordinary game throughout the season? Sure, more people might be watching on TV but I feel like Kirk Cousins doesn't know that. He probably doesn't even have a TV.

All I'm saying is that if we still can't have fans attending sporting events in the fall and the NFL plays out their season, I'm throwing that stimulus check on every Kirk Cousins future I can come across. Legally and responsibly, of course. And that, my friends, is how we get the economy back up and running. You give everybody $1200, they all hammer the over for Kirk Cousins total yards, let him play in an empty stadium all year and we're all millionaires by February. You like that? Because honestly, I don't hate it.

Until the league figures out a way for season ticket holders to Zoom onto the jumbotron during games and then Kirk Cousins folds like a lawn chair immediately. But until then, the plan remains the same.