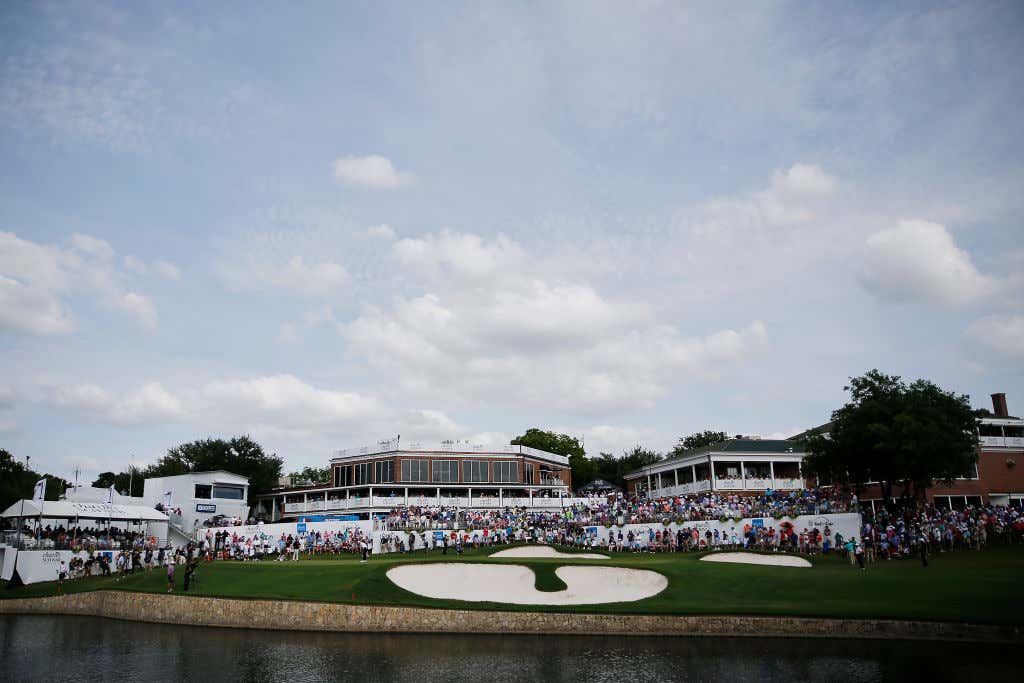 Golf Digest- PGA Tour officials are expected to announce this week their intention to resume the tour season, halted due to the COVID-19 pandemic, on June 11-14 at the Charles Schwab Challenge, multiple sources have told Golf Digest. It’s also expected that fans will not be allowed to attend that first tournament at Colonial Country Club in Fort Worth. As the Tour looks to follow health and safety guidelines set by government and health officials, other early tournaments also are expected to be played without spectators. The sources spoke on the condition of anonymity because they are not authorized to speak on the Tour’s behalf. Tour officials discussed plans with the Players Advisory Council during a conference call on Tuesday.

Late last week, the Tour sent players a memo saying that it was targeting a return at Colonial. The memo cited the tournament’s original date on the tour calendar of May 21-24, but also said the Tour was evaluating options to “preserve the maximum number of events we can while giving us more time as the crisis evolves.” Sources previously told Golf Digest those options focused on moving the Charles Schwab Challenge to June. The RBC Canadian Open, originally scheduled for June 11-14, will not be played, sources have said, freeing up the date for another event.

Folks, we might be getting sports back (in two months). According to sources the PGA Tour will soon announce that it will restart its regular schedule in mid-June starting at Colonial. Up until thus point we had only gotten potential dates for the major but now we have a potential start date for the regular season of the PGA Tour.

The schedule would be as follows

Well at least for now. As it is with everything these days, who knows if those tournaments will actually happen. Things change on an hourly basis with COVID but we can at least hope for the best. Of all the sports golf does seem like it would be the first one to attempt to come back after all this shit. The game of golf has a decent amount of social distancing baked right into the very nature of the sport. Of course there's a big difference between just playing a round of and putting on a golf tournament but it's far more possible than a hockey or basketball game where the players are sweating and bleeding all over each other every second. There's none of that in golf which means maybe, just maybe, it can come back first.

There obviously won't be fans at any of the PGA Tour events and then from there you just gotta test everybodyyyyyyyyyyyyyyyyyyyyyyyyyy who might possibly be involved in the event and I think you're close to putting on a golf tournament. If nothing else, this news gives sports fans hope. Hope that one day there will be sports again and I think that's a good thing. Even if it turns out to be false hope.