Listen if you want to talk shit about Mitchell Trubisky go to a different blog. I'm here to address facts like a pro bowler entering the 3rd year of a system that's already yielded a 19-10 career record that can't get the same respect as Ryan Fitzpatrick. I'm talking about a franchise level talent that's strong enough to make 15 starts a year in a continuously shoddy pocket. A guy who repeatedly battles stubborn play calling and mismatched red zone personnel. A guy who at his core just wants to drive his shitbox '97 Camry and kiss some motherfuckin titties.

Yes I'm talking about this big son of a bitch

I'm not asking for much - I just want him in the picture without getting slapped by Joe Burrow's below average hands in the process. And if you think I'm sensitive, briefly consider that I recently got a text message from Erika. It was last Friday, a few minutes after our radio show. How delightful I thought as the notification registered. It feels good that our Fortune whatever CEO is making mental time for the island of Misfit Toys in Chicago.

She just wanted to make sure I saw this. 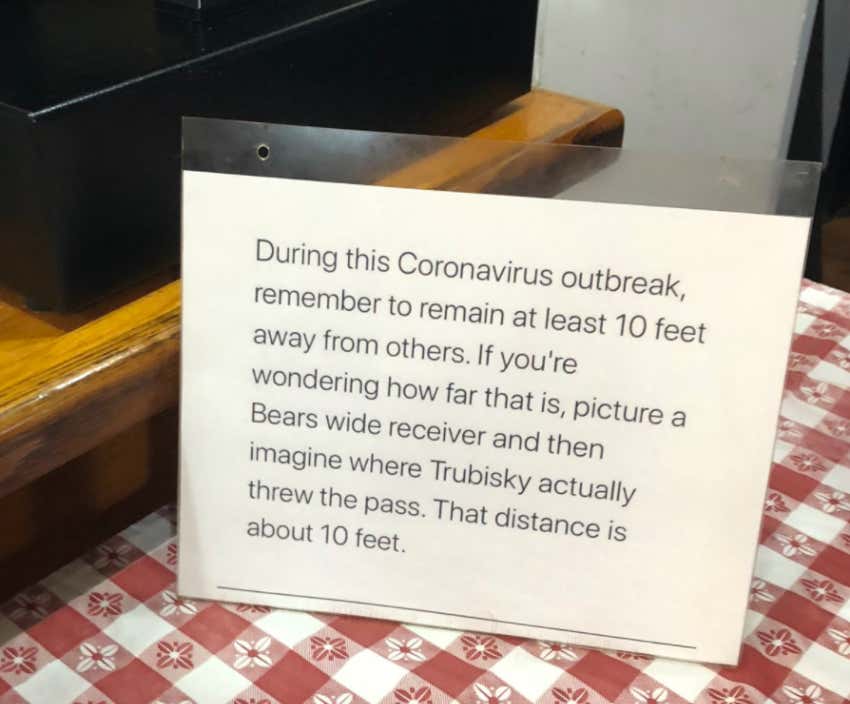 Real barrel of laughs that one.

And to be honest it kind of lit a fire in me and I'm not even Mitch. So when you apply the logic that Mitch is best under pressure and there's a ton of pressure heading into 2020, it makes perfect sense that he's about to light your goddamn world on fire. So much so that Erika agreed that if Mitch wins NFL Comeback Player Of The Year, she has to jump in the Chicago River and then run HQ from our glorious shithole office for the week. WSD will reveal the rest of the bet this week on Red Line Radio.

For now, here's an idea of what Mitch is playing for - sending Erika into the middle of this content jungle where you'll subside on a steady diet of microwaved Pizza Puffs and room temperature zero calorie Body Armor. You better fucking pray Mitch doesn't get hot.