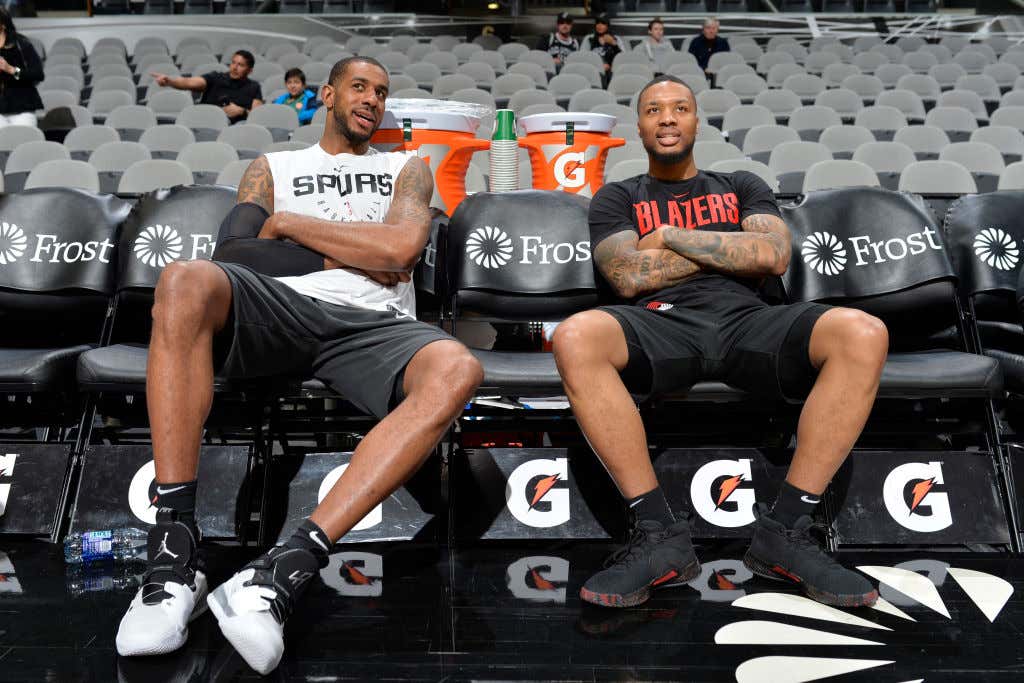 There's nothing I love more than reading way too much into the social media activity of NBA players as a way to decipher what they might have in the works. I willingly fall for every tweet and every emoji during the trade deadline and free agency because for every 10,000 that miss there's one that hits. Why is this relevant? Well, first we have to go back in time to this past summer in July. Remember this?

then a few weeks later it resurfaced

But hey, the Spurs were expected to be a playoff team and LMA is under contract so maybe this was all just hot air. Then the season started and the Spurs went down the drain leading many to think its finally time that SA blows it all up. Fast forward to last night when Dame was running the Blazers Twitter account with a Q&A. This tweet was quickly deleted (h/t Nico Martinez) 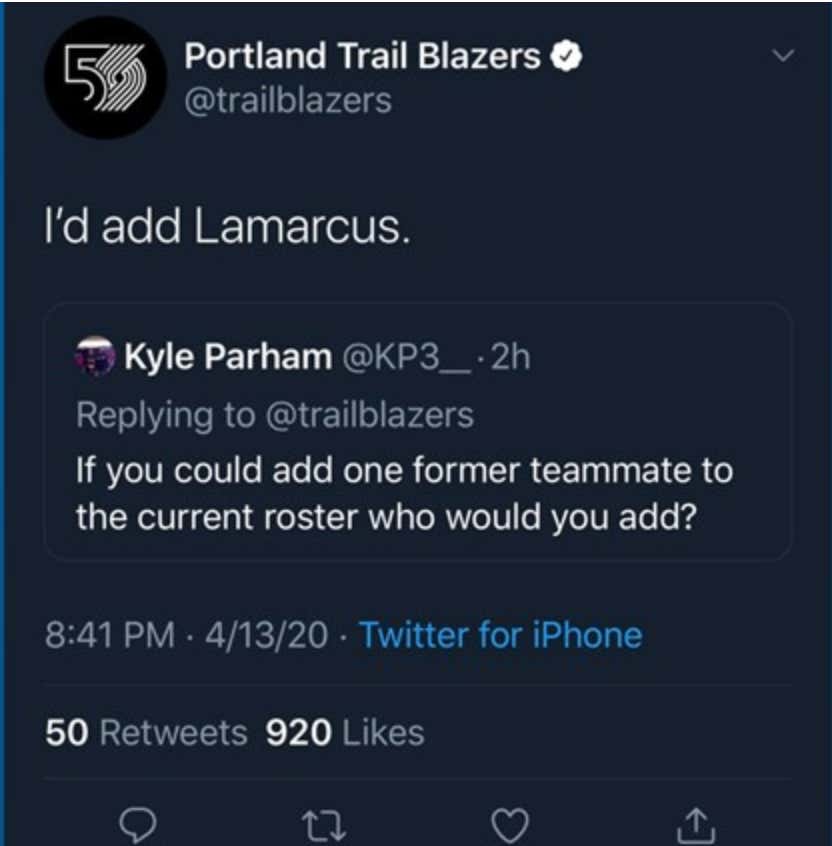 Ya don't say. And would you look at who saw that tweet and immediately responded?

Pretty sure someone got a hold of that Twitter account and made sure to delete that real quick considering LMA is still under contract and that's pretty much the definition of tampering. Now, how are the Blazers going to get to the $24M that Alridge makes if they want to make a move this summer? It's complicated since they don't really have a lot of big salaries to move. Unless they do some sort of sign and trade with Whiteside but why the fuck would Pop want that dude. They aren't going to trade a 26 year old Nurkic that's for sure.

But look, if DeRozan bounces this summer, there's no reason for the Spurs to keep Aldridge. You may as well jump with two feet into your rebuild. It makes sense that the Blazers should at least put some phone calls in and see what might be possible. It's pretty clear the face of their franchise wants a second chance with LMA as a teammate and if we're being honest things weren't so hot in POR this year (injuries are a motherfucker). If LMA is willing to accept a reserve role in order to come full circle and end things where it started, the Blazers are a team with a potential need for bigs.

They often say where there's smoke there's fire, and I will be SHOCKED if Dame and Alridge aren't making P&R magic again in the near future.