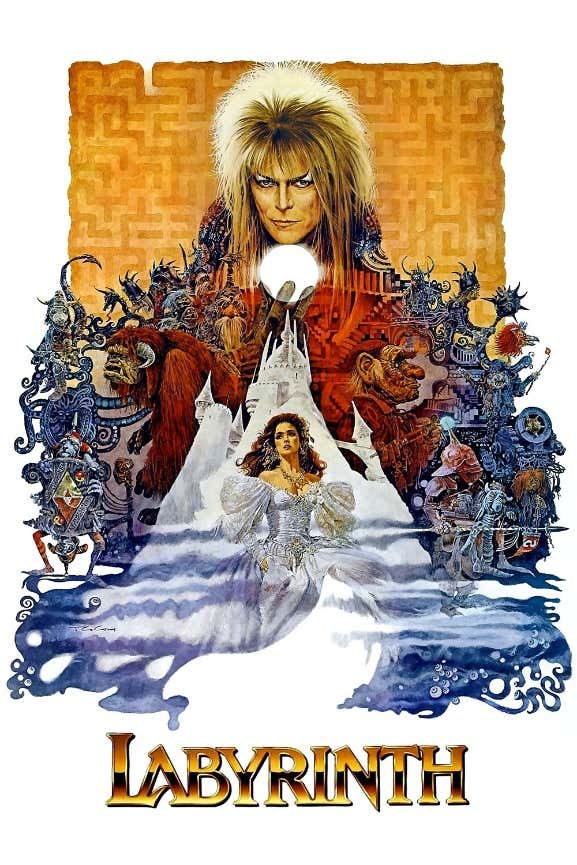 As a kid I remember being terrified of this movie. Was my fear justified? Or at age 4, was I just a pussy? I rewatched this Jim Henson flick last week to find out and as it turns out...I was entirely justified. No parents should let their kid see this until they're at least old enough to buy tobacco products as it could have even worse long term effects for you health (mental).  Here are the 10 scariest parts.

This is a contraption from a SAW movie, casually thrown in a children's movie made by the same guy responsible for Sesame street. What the hell man? 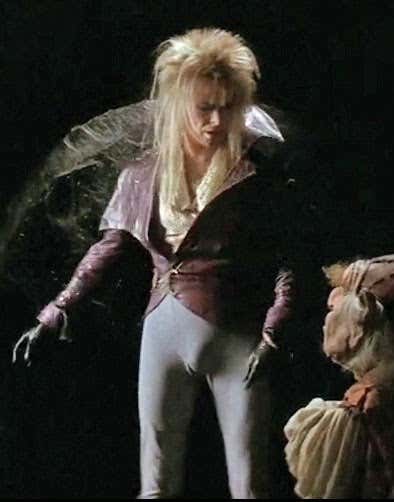 His bulge is bigger than mine, scarily so. I never noticed his package as a child but if I did I'd probably be giving Pat hand jobs in the office these days. There's obviously nothing wrong with being gay, I just feel like children should be able to figure out their sexuality on their own, not be coaxed in one direction by David Bowie's meat stick in spandex.

Ludo is kindest most comforting creature in the Labrynth and definitely the highlight of the movie for me,

and how do we get introduced to him? Sarah stumbles upon him tied up by his feet in a tree getting tortured by two thugs.

Their torture device? Mutant naked mole rats on a stick taking bites out of his flesh. 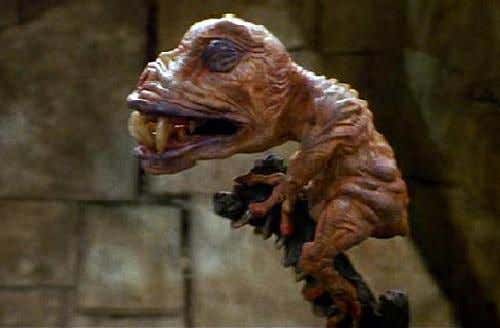 You could tell me that was a creature from the R-rated "Pan's Labyrinth" and I wouldn't blink an eye.

and then start absolutely rag-dolling him 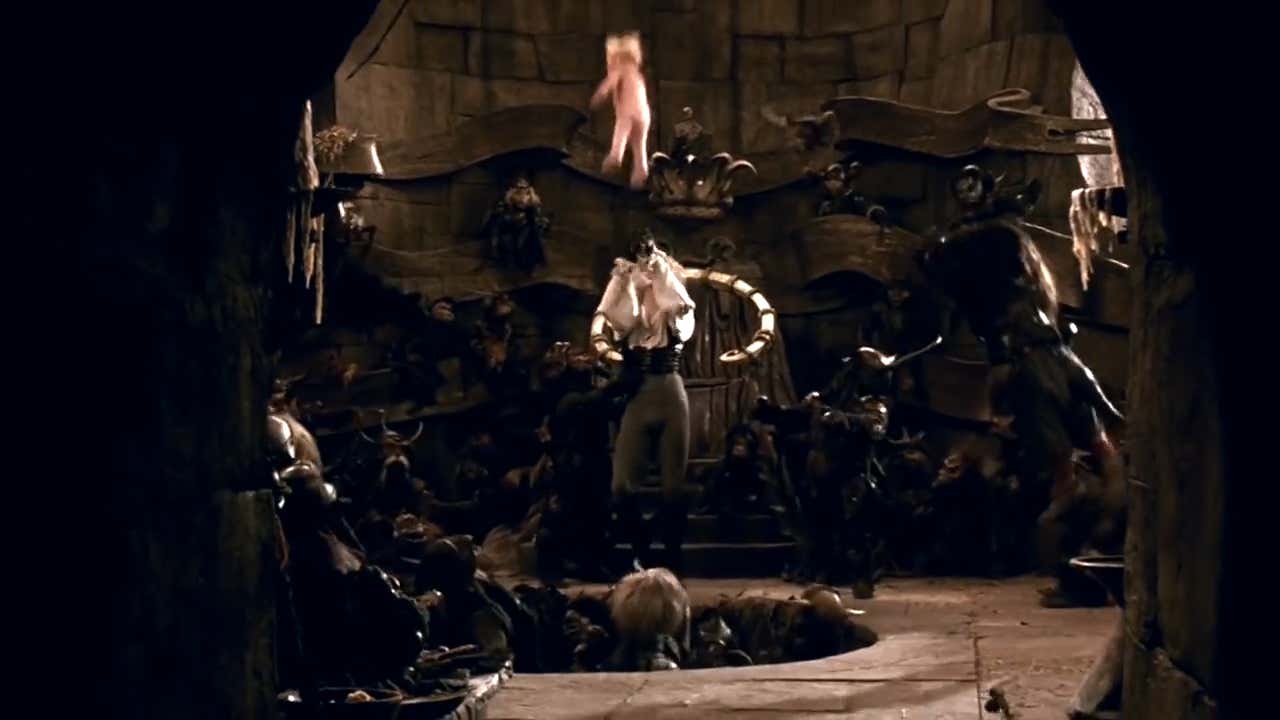 That right there is disturbing but then you realize a real baby was in this movie. I would love to see what that kid is up to now because you can't spend that much time surrounded by horrific puppets like this 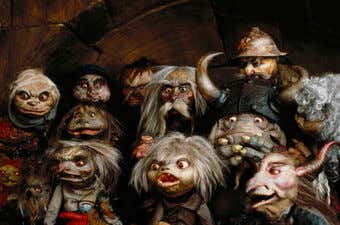 and expect to not be partially scarred for life. Baby actors can't actually act at their age so the utter fear you see in his eyes is genuine. 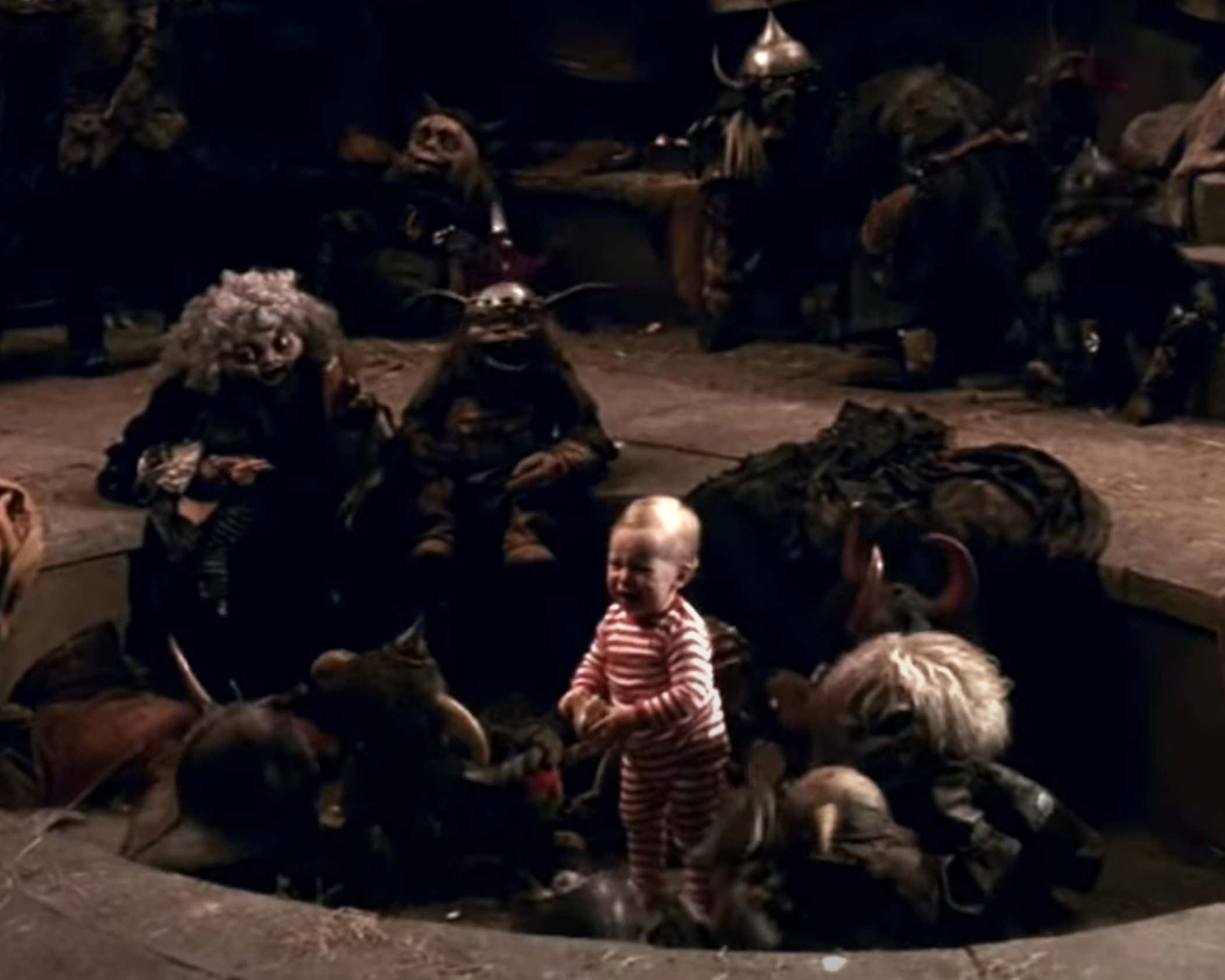 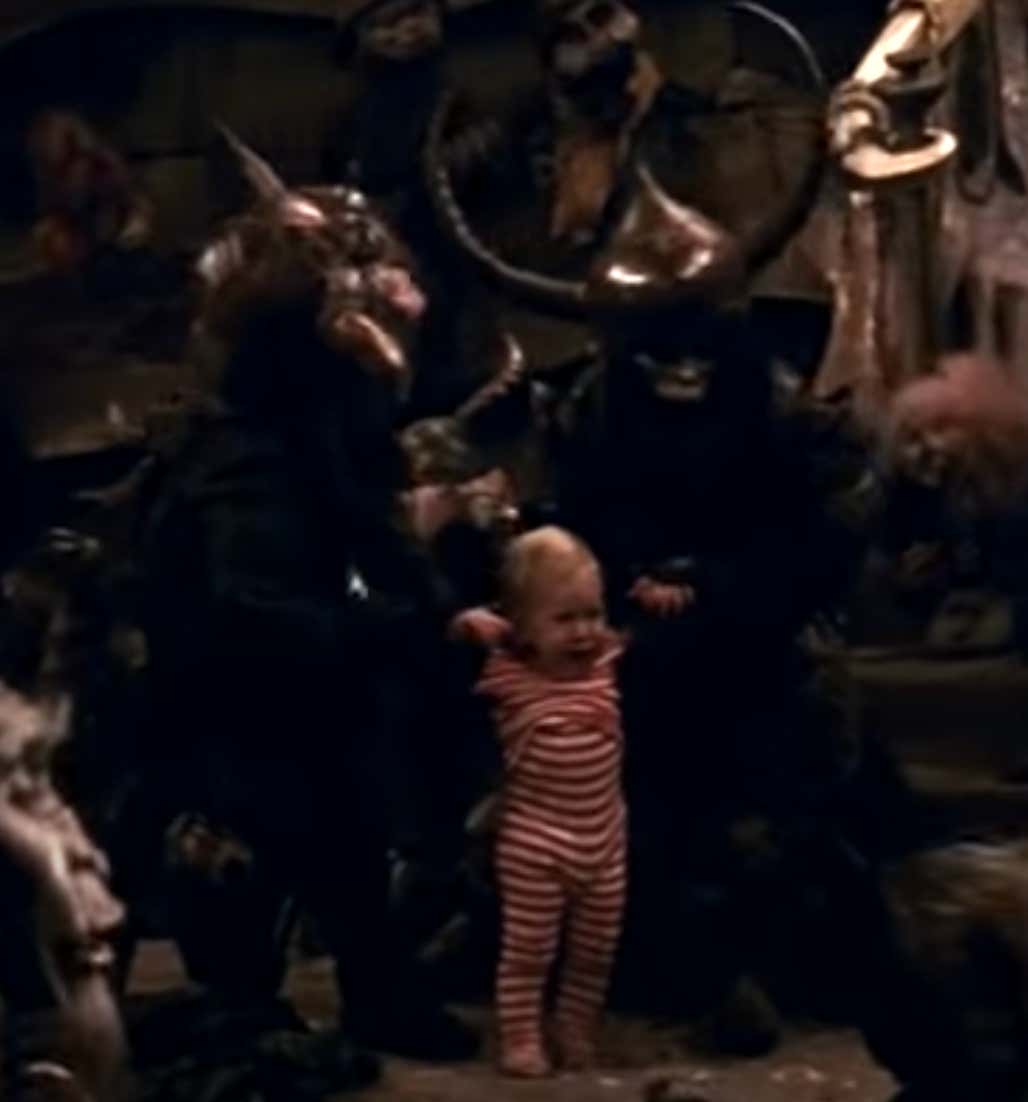 5. Fierys AKA pyromaniac crack birds with removable heads and an insatiable lust to take your head off too. NUFF SAID 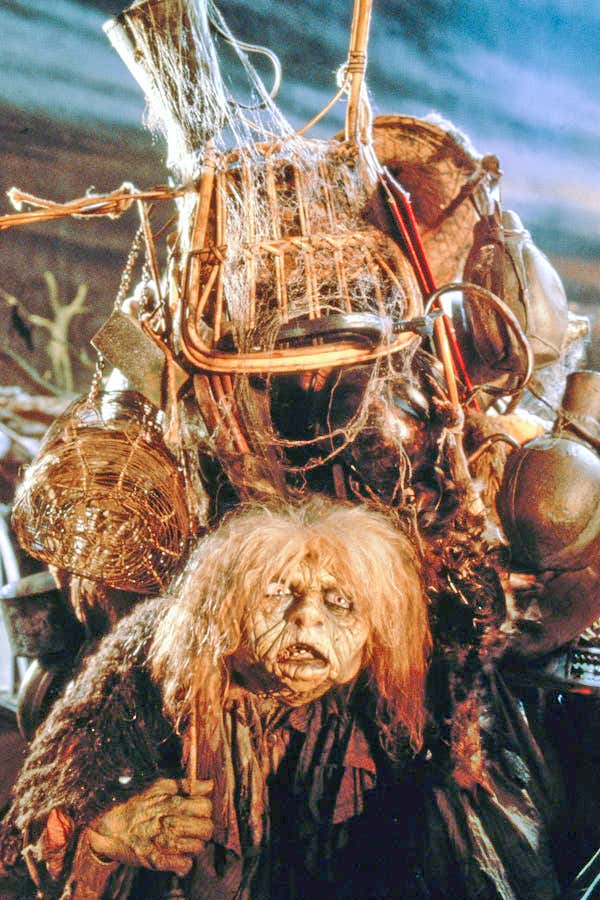 I've seen my fair share of homeless people, even spent a day with the mole people below Las Vegas. I've seen homeless people without arms and legs, homeless people bleeding from their faces, homeless people with their cocks out attempting to masturbate on people in the subway. But none, have shook me more to my core than the bag lady in the Labyrinth. Unlike the pigeon lady in Home Alone 2, who ends up having a heart of gold, this hag in Labyrinth has zero redeeming qualities. She lures Sarah into a replica of her bedroom using stuffed animals with intentions of doing god knows what to her. I'm assuming dismemberment but luckily she escapes before things get too graphic.

3. David Bowie Has Hoggle Dose Sarah with a Laced Peach

First off, Hoggle is terrifying in his own right. 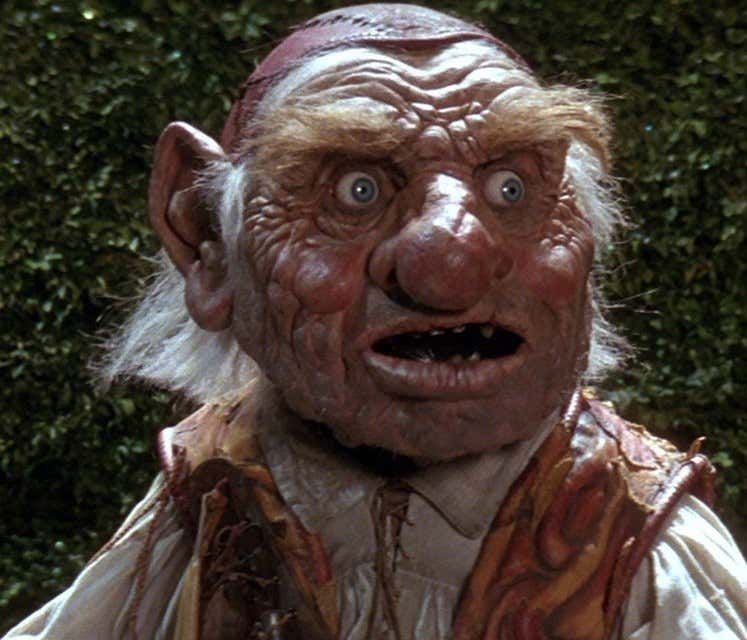 Yet somehow by the end of this kid's movie, he ends up being one of "the good guys". But before he manages to find his moral compass, David Bowie's character bribes the ugly bastard to give Sarah a peach laced with some sort of psychedelic/sedative combo. While in a trance, Sarah is transported to a ball where David Bowie goes into full creep mode

before waking up in a junk yard with zero memories.

Was Hoggle an accomplice to date rape? Some seem to think so (more on this later) 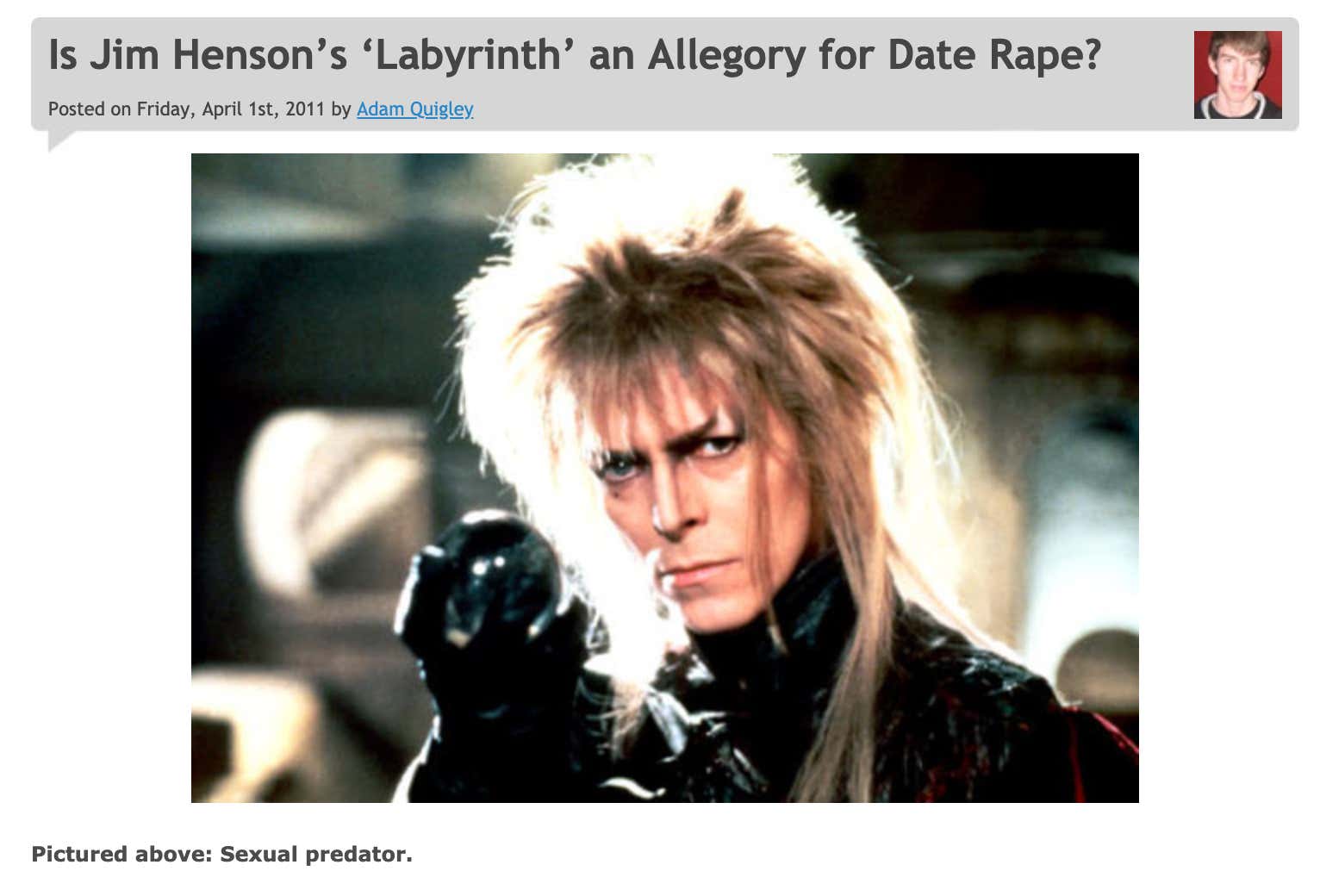 SPOILER ALERT: THE HANDS DO NOT HELP. THEY GROPE.  A single incident of molestation can traumatize a child for life. Now imagine a child falling down a dark tunnel filled with hands all trying to cop a feel? There's no recovering from that. Did I mention they can talk? 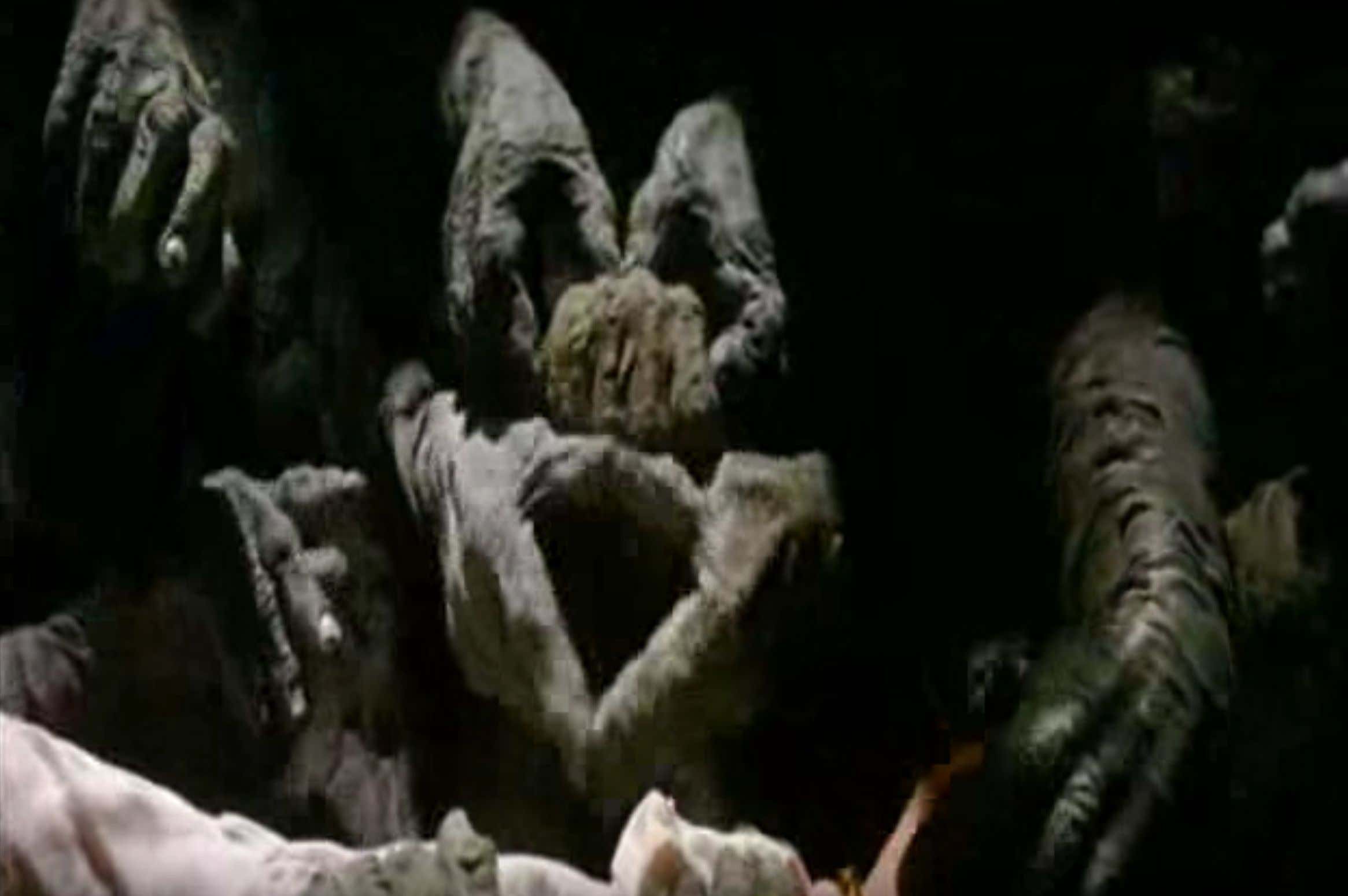 When Sarah screams "HELP!" the hands reply "What do you mean? We are helping." Reminds me of something Harvey Weinstein would say. "What do you mean help? This role I'm going to give you after you finish this blow job is going to do wonders for you career!" Man this should really be number 1, but at the end of the day, they're just puppet hands, not real hands. Come to think of it, my Dad told me that same thing when I was 8 after I complained about being touched inappropriately by Elmo in times square.

What does David Bowie want from a 16 yr old girl? Well in his own words,

Now David Bowie is a legend and I'm sure he never had a thing for kids while he was alive, but this movie set a bad example. When you're under the age of 18 and an adult expresses romantic interest in you, DO NOT FOLLOW THEM INTO A LABYRINTH. Keep your distance and if they keep coming on to you, alert your parents, school counselor, police, etc. This takes the #1 spot as it sadly happens too often in the real world, not just in Jim Henson's demented (yet insanely creative) mind.

Don't get me wrong tho, this movie is 100% worth a watch. I just don't think I was ready for it at age 4. You can find it for free online or rent for a few bucks on youtube.