LET THE NOSTALGIA FLOW THROUGH MY VEINS

Man, that RAW intro/stage/titantron really just does it for me.

It just fills me with such a rush of that time, when I was first getting into wrestling - being a kid who was TERRIFIED of Kane without his mask on, who loaaaathed the dastardly stable "Evolution", and adored the tiny underdogs like Rey Mysterio and Chris Ben-UHHHH I MEAN THE HURRICANE. Rey Mysterio and The Hurricane.

I can't even imagine what I'd do for this scrap metal/paper stage as a kid, though - especially if it's to scale for action figures - which it looks like it could be! Shit woulda BLOWN MY MIND with the projector setup and all!

I used to make my own stages out of cardboard all the time as a kid, plastered with "RFW" logos. That stood for Robbie's Wrestling Figures when I was really little and then morphed into Robbie's Wrestling Federation around the time I turned 10 and matured a bit. Kinda like how the WWF changed to the WWE.

I'd have my whole ring setup, surround it with VHS tapes taken out of their boxes to act as a barricade, set up action figures from other walks of entertainment (comic books, movies, shows) in the crowd, sitting on little chairs and everything, and we'd put on shows that tore the house down. Entrance music and crowd noise from YouTube, commentary by yours truly - GOD, the fun times I had.

Now I say this guy has to make THE FIST next! 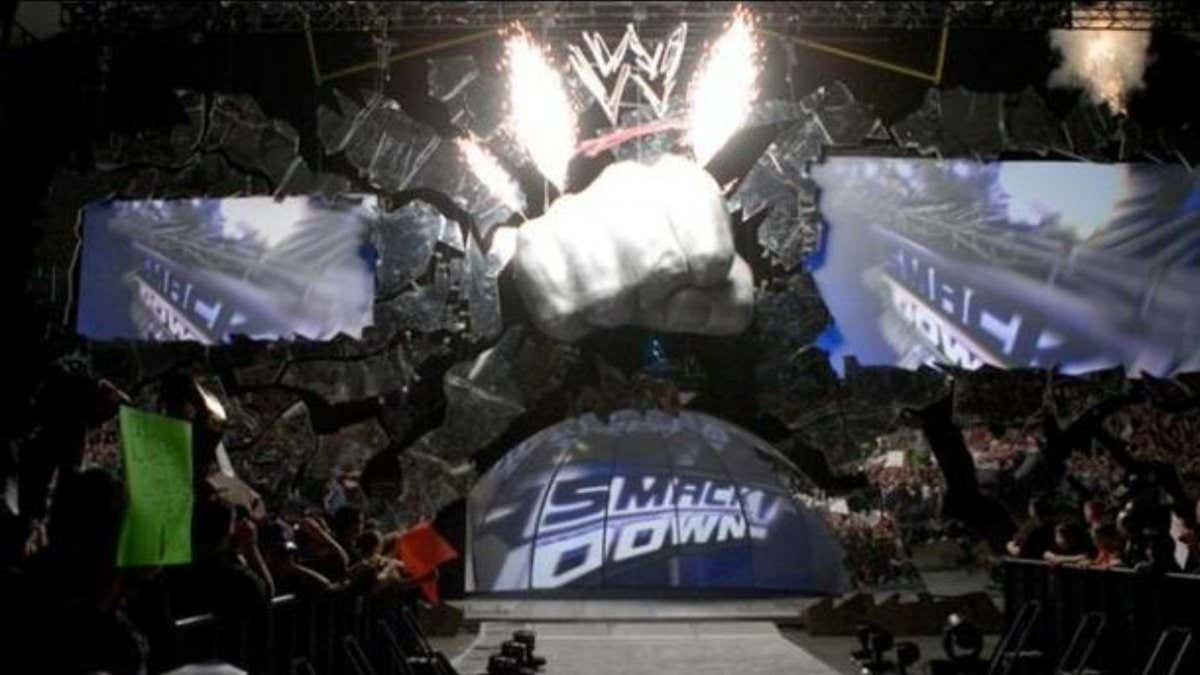