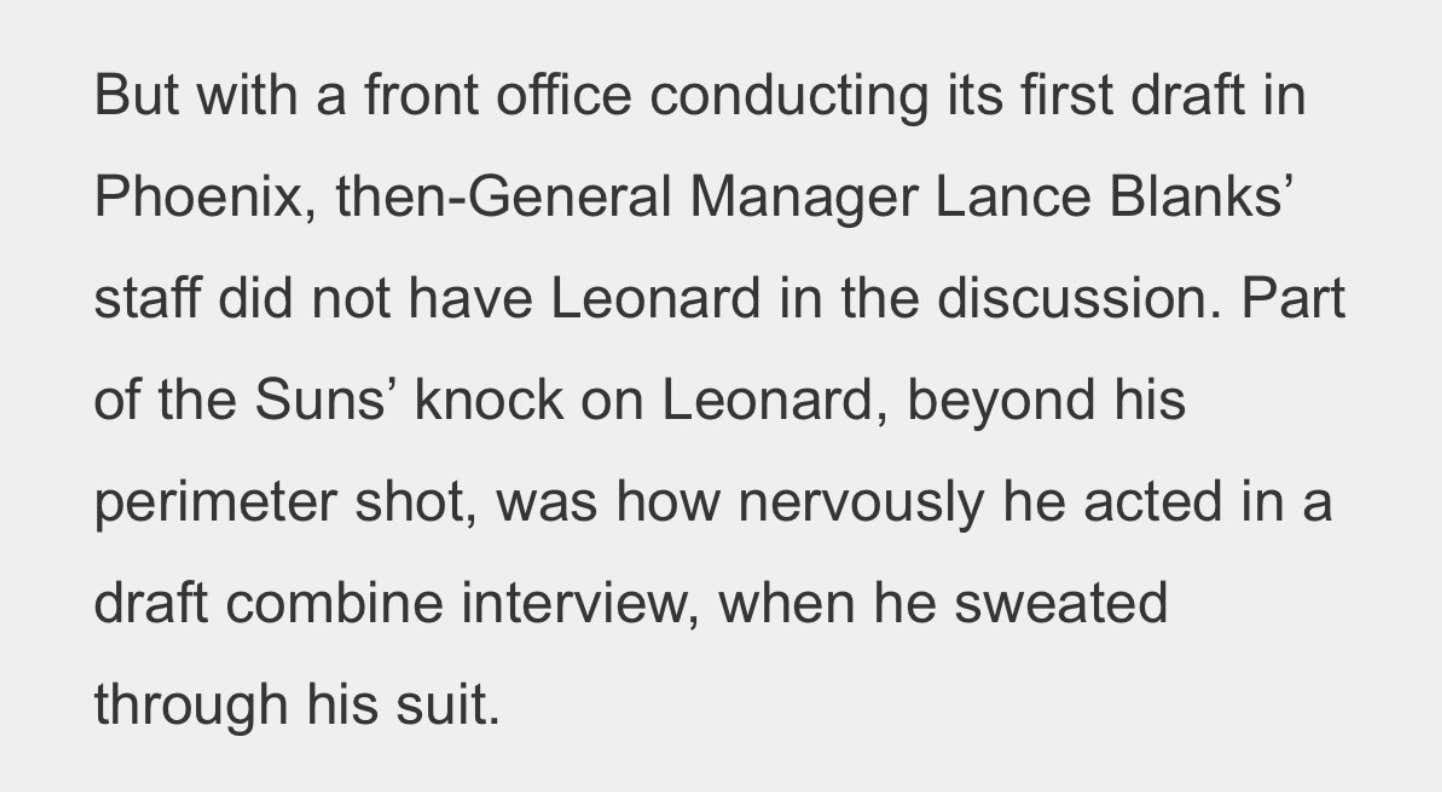 This is exactly what I expected to read during this quarantine. We're getting old stories brought back up and honestly this is one I've 100% forgotten about. Part of that is it just being the Suns. If there's one team that wouldn't draft Kawhi because he sweated through his suit, it would be the Suns. Spare me the Knicks, their reason would be not scouting him. Get the excuses right, people.

I know people like to remember the good times with the Suns - Charles Barkley, Steve Nash, Seven Seconds or Less, the jerseys, etc. But they are a fucking mess. Let's run through some other headlines recently with the Suns:

And now this (again). The first time this story came out - according to a Google search - around 2017. I can't stop laughing at the thought of the Suns front office breaking down the film of guys on who to draft. Kawhi comes up and a scout brings up the fact they can't trust him due to a massive amount of sweat. Clearly a man who shows way too many emotions. A man who is nervous under pressure and will never do anything cool and calm.

This is what I need during quarantine though. I'm sick of reading reports of plans to come back/not to come back/switch it up again. Give me hilarious reasons as to why a team didn't draft or sign a player. If the Suns didn't like how much Kawhi sweated, they would have 100% passed on Patrick Ewing, the sweatiest guy in the world.

I have so many questions that aren't even what-ifs (imagine that what-ifs) though. First, how much sweat is too much sweat? Was it a hot room to begin with? You have to factor that in for sure. Who brought this up during the meeting and ended up saying you know Markieff didn't really sweat?

Oh and yeah that whole thing about the Spurs having Kawhi to beat the Heat after trading George Hill to the Pacers for him and then the Raptors. Yep, just a whole bizarre world we could be living in. Just can't be sweating in combine meetings with the Suns.