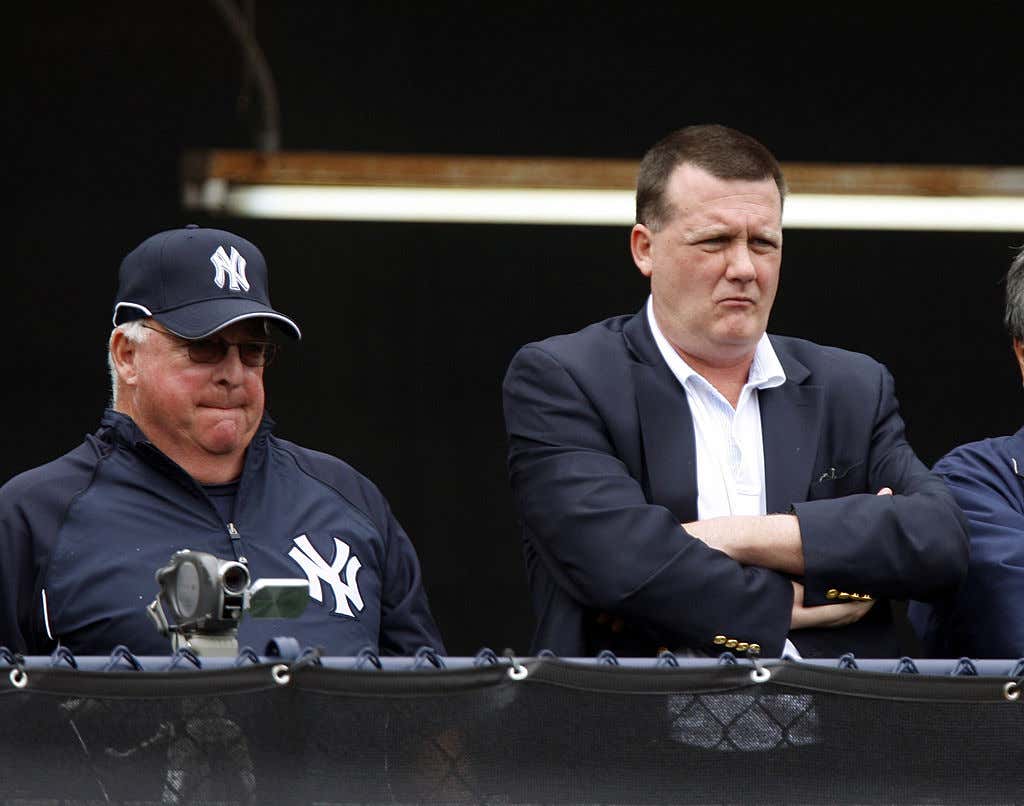 Hank Steinbrenner, at one-time in line to succeed his father George and run the Yankees, died at home in Clearwater after a long battle with an illness, sources told The Post.

Steinbrenner, who turned 63 on April 2, was surrounded by his family. The illness was not related to COVID-19, the sources said.

I'm sorry, what? Hank Steinbrenner has passed away at the age of 63. I legit gasped when that popped up on my Twitter. Just heartbreaking news on this Tuesday morning. The NY Post is reporting this was not corona-related and it looks like he had been sick for a while. This explains why he stepped back a few years ago from his public role and handed that over to his brother Hal. He had become the face of the organization in the late 2000s before going into a more silent role recently, but I had no idea he was sick. NONE. Goddam this is sad.

I always loved this quote from him about the Red Sox back in '08. Like his dad, he never really gave a fuck what he said.

"Red Sox Nation? What a bunch of bullshit that is...That was a creation of the Red Sox and ESPN, which is filled with Red Sox fans...Go anywhere in America and you won't see Red Sox hats and jackets, you'll see Yankee hats and jackets. This is a Yankee country. We're going to put the Yankees back on top and restore the universe to order."

My condolences are with the entire Steinbrenner family. 2020 fucking blows.