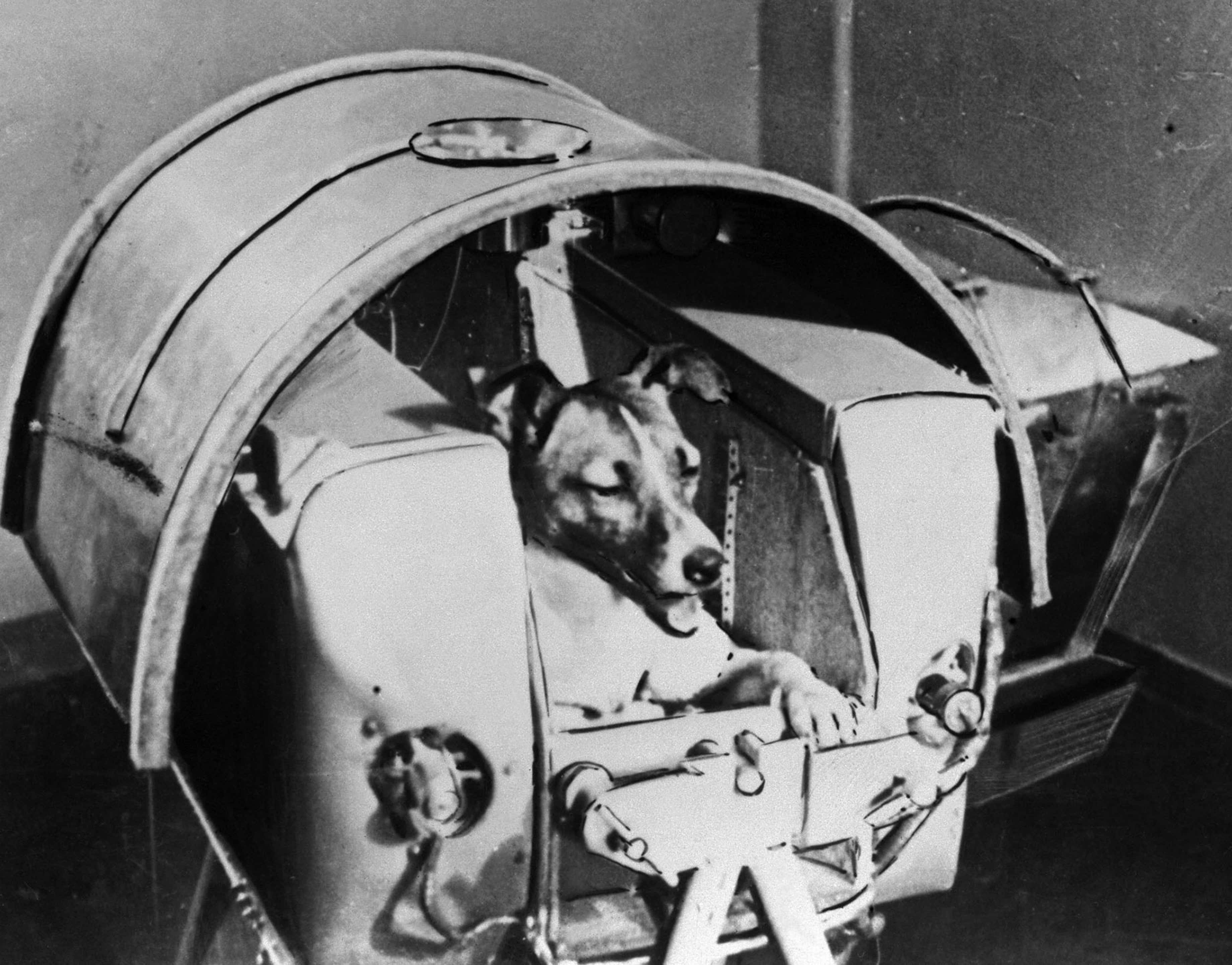 The previous November saw the launch of Sputnik 2, just 32 days after the success of Sputnik 1. It contained several compartments for radio transmitters, a telemetry system, a programming unit, a regeneration and temperature-control system for the cabin, and scientific instruments. A separate sealed cabin contained a dog named Laika.

The pressurized cabin on Sputnik 2 was padded and allowed enough room for Laika to lie down or stand. An air regeneration system provided oxygen; food and water were dispensed in a gelatinized form. Laika was chained in place and fitted with a harness, a bag to collect waste, and electrodes to monitor vital signs. 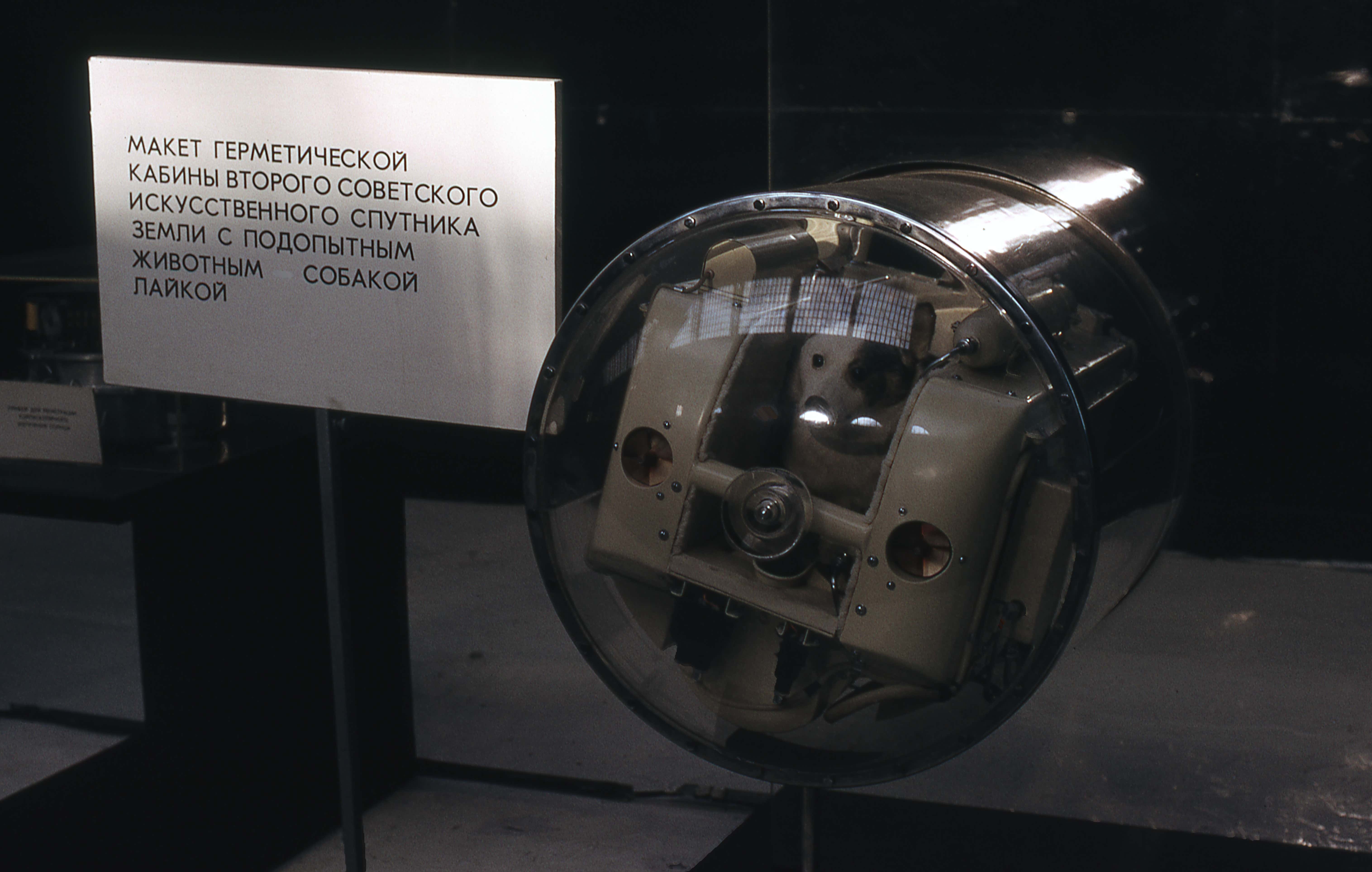 (Display of the Sputnik 2 cabin containing a model of Laika the Cosmonaut Dog, at the Space Pavilion Museum - Moscow, Russia)

Laika became The first living creature to actually orbit the Earth, after a monkey names Albert 1 became the first animal to reach space on June 11, 1948.

Early telemetry indicated Laika was alive and well, although the cabin temperature had already reached 43 °C (109 °F) by the third orbit. Biometric telemetry failed sometime after the fourth orbit. It was initially claimed by the USSR that Laika had survived in orbit for a week, but decades later, Russian sources revealed that Laika likely had survived only a few hours in orbit before dying from overheating.

Eventually, Russia got better at keeping their animals alive:

On August 19, 1960 - the Soviet Union launched Sputnik 5 which carried the dogs Strelka and Belka, along with a gray rabbit, 40 mice, 2 rats, and 15 flasks of fruit flies and plants. It was the first spacecraft to carry animals into orbit and return them alive. One of Strelka's pups, Pushinka, bred and born after her mission, was given as a present to Caroline Kennedy by Nikita Khrushchev in 1961, and many descendants are known to exist. 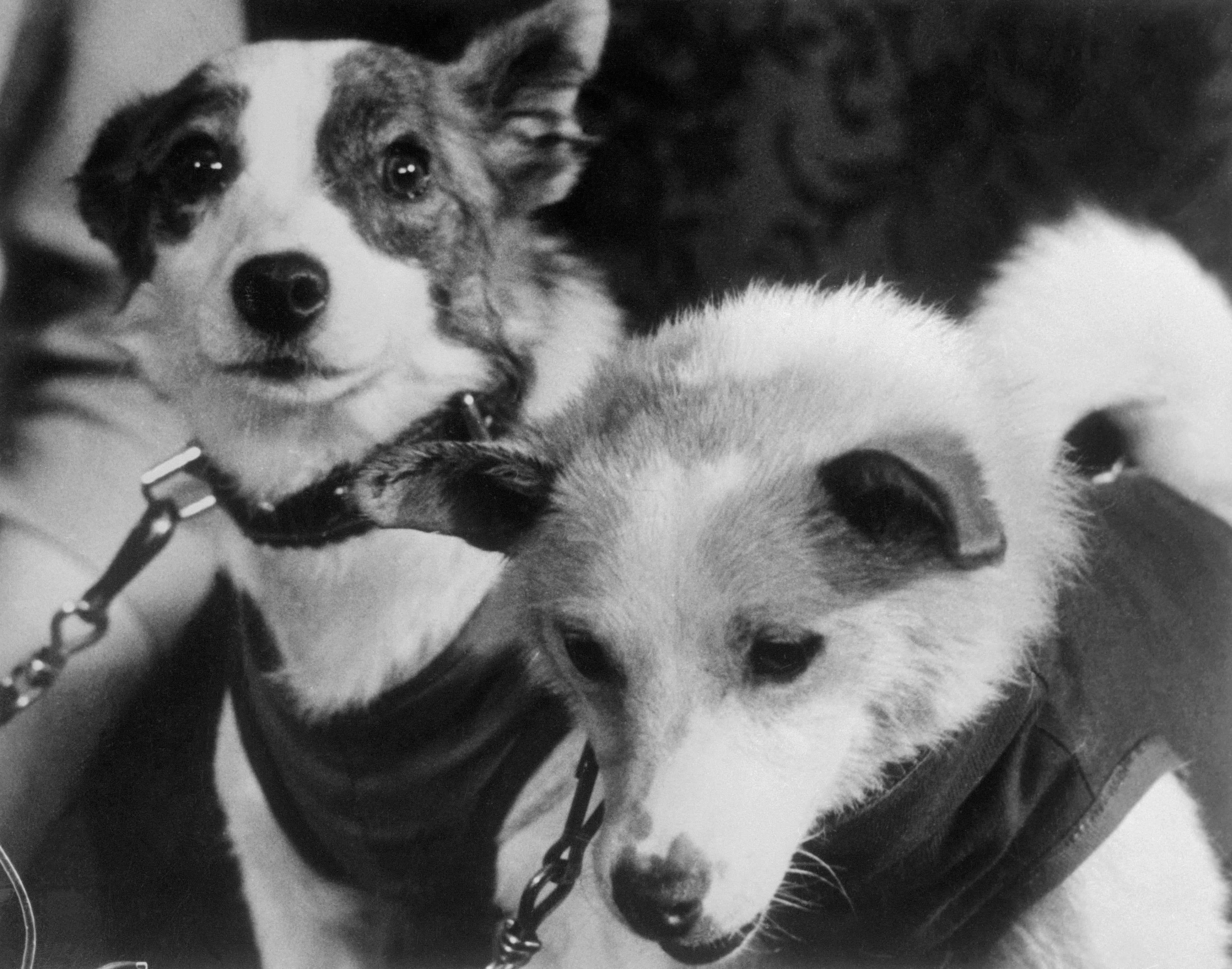