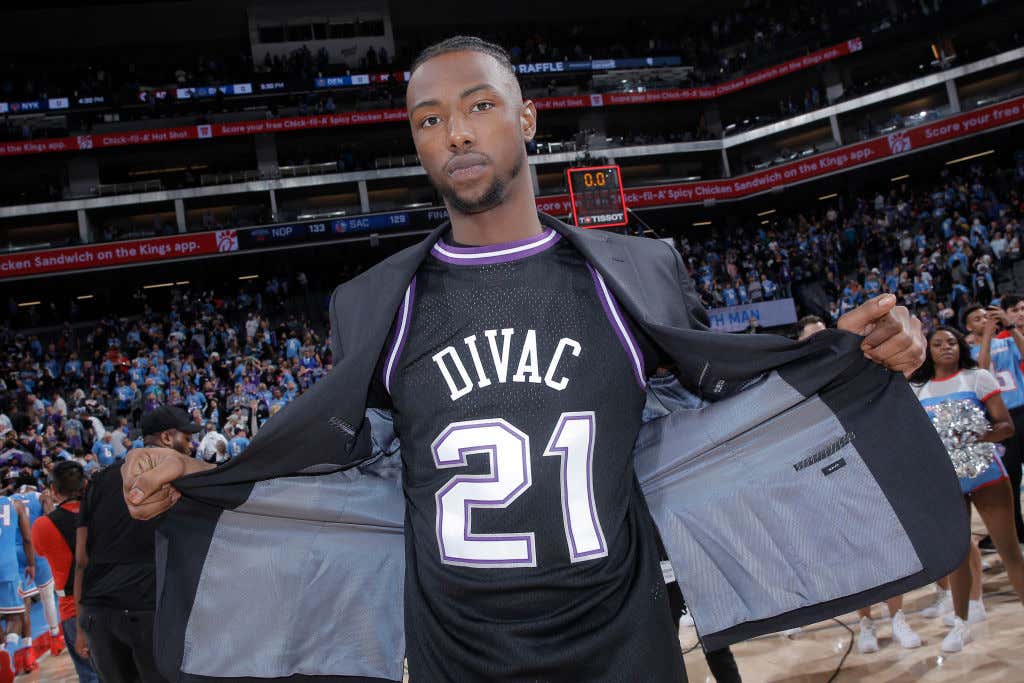 (NBC Sports) - Team officials have made it clear following their initial decision to not pick up the option and again later in the season as Giles returned to the rotation, that they haven’t given up on the possibility of a return.

Both the coaching staff and training staff worked with the talented young big throughout the season, even when his minutes on the court were limited.

General manager Vlade Divac has spoken glowingly of Giles, even after making the decision not to pick up his option.

The issue the Kings have is two-fold. First up, the decision did at least some damage initially to the relationship with Giles. The team took away guaranteed money and basically called him out publicly.

Giles had a series of major knee injuries during his prep career. Having the guarantee that another year's paychecks are coming is big for any player, but especially for one with a history of injury.

Secondly, the Kings opened the door for opposing teams to come in and steal away a young player without compensation. According to a league source, there were multiple teams that contacted Sacramento to check on Giles’ availability at the NBA trade deadline, which the Kings turned away.

Whether anyone is willing to offer $4 million a year is unknown, but it might not take that much. As an unrestricted free agent, Giles can go to any team offering up a salary, regardless of whether it is more than what the Kings might offer.

You know, I feel for Kings fans. Whenever the topic of most tortured NBA fanbases comes up, it's the usual cast of characters like the Knicks, but Kings fans are right there. Talk about a wave of emotion when it comes to rooting for your favorite team. A front office that can't get out of it's own way, young high lottery picks not being able to stay healthy, one season that shows promise only to then fire the coach and go right back to being bad, contract disputes with your best players, the whole thing doesn't seem fair to the fine people of Sacramento that bleed for this team.

They went through that whole ordeal with Buddy Hield before giving him his extension and are now declaring they are going to match every offer for RFA Bogdan Bogdanovic which certainly won't be cheap. Both of those moves make some sense since Hield is probably their best player and there's nothing wrong with letting the market determine the price on Bogdanovic if you're just going to match. Granted you could be paying $20M for a guy who doesn't even start, but I won't kill Vlade for that. But when it comes to how they've handled Harry Giles? Well that makes no sense.

The Kings were pissed at Giles for not being in the best shape, so they turned down his team option for $3.9M in 2020-21. That immediately made him an UFA this summer. That then sort of backfired once Giles actually got on the floor and started to show some potential

Fast forward to the trade deadline. This report suggests that multiple teams reached out to the Kings about snagging Giles. You know, the player the team decided to not pick up the option on, basically saying they weren't all that interested. One would think that getting any sort of asset for a player you could very well lose for nothing in a few months would be the wise decision. Maybe it could be another young player, maybe some draft capital, something is better than nothing.

Instead Vlade turned everything down. Unless he knows for a FACT that Giles is willing to come back to SAC that's not the best idea. What if someone like GS offers him a min deal next year? It's not like he's going to command a huge price on the open market, but he could absolutely be a steal for a contender or basically any situation in the league that's better than the Kings. Even if Vlade realizes his mistake and offers him more money Giles is under no obligation to take it. If you're him, do you take slightly more money in a situation like SAC or take less money to join a better team and better situation in hopes of cashing in down the line?

Now maybe you don't think Giles is all that good. Personally I'm of the thinking that it's not the best strategy to straight up give up on a 23 year old player who is finally healthy and has all the potential in the world. You get those type of players on low money and that's what allows you to spend in other areas. That's what good teams do.

Just when it looked like maybe the Kings were starting to turn a corner, there are reports like this. Kings fans deserve better, especially the ones that have stood by this team despite the fact they haven't made the playoffs since 2005-06.