On April 14th, 2019, the man behind the segment of "Who's Back" was finally back: Tiger Woods. It had been a 14-year drought since Tiger had last won a green jacket in 2005. However, on this day, the man who the segment "Who's Back?" was created in honor of, was officially back.

First of all, this tweet on Saturday morning was Assault. 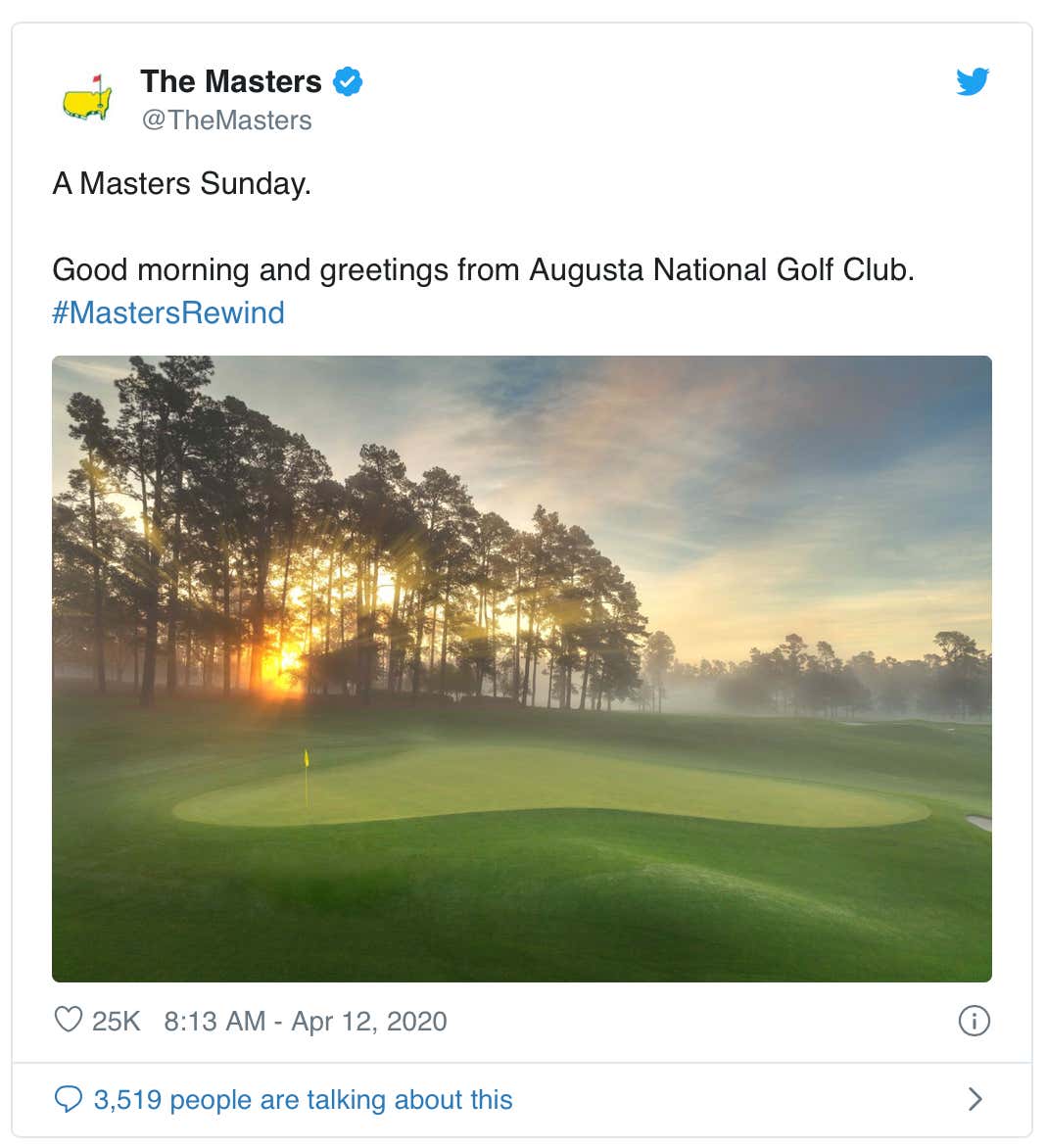 But since the Masters tweeted that, I can justify resurfacing this one.

The pageantry of The Masters gives everyone a special feeling, especially when Tiger is wearing his Sunday Red with a chance to win it all.

Even Nick Faldo got caught in his feels.

Coming down the stretch, it was never a doubt for Tiger.

And Tiger did it. A moment golf fans and sports fans everywhere will never forget.

BONUS ON THIS DAY IN PMT HISTORY

Three years ago today, Mr. Commenter thought the restrooms at Barstool HQ needed a little spice up. And with that thought in mind, he created this:

Only a brain like Mr. Commenter's could create a urine hierarchy like this one. Hopefully everyone is balancing their Championship Hydration Levels while in quarantine.