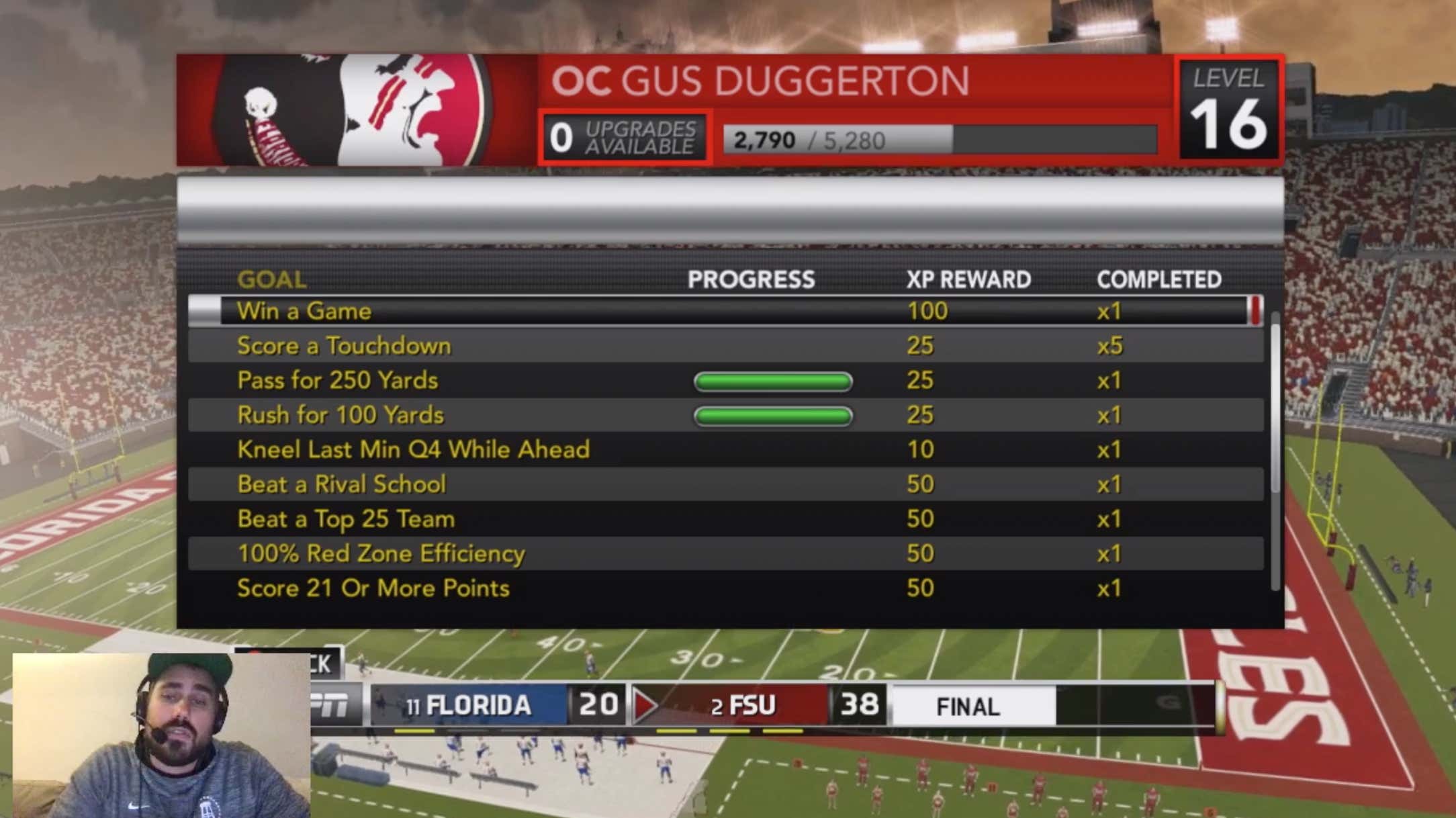 The No. 2 Florida State Seminoles are officially undefeated in the regular season. After a 38-20 statement win over No. 11 Florida tonight, FSU (12-0, 8-0) now looks ahead to Wednesday night's ACC Championship Game vs. No. 3 Georgia Tech.

"Thanks for coming out, Florida," a confident Big Cat said. "Shoutout to everyone at Duggs Nation!"

Mr. Cat, who also plays the role of FSU Offensive Coordinator Gus Duggerton, primarily focused on beefing up RB Cam Banks' numbers once the game was out of reach.

And he did just that. Banks, a Heisman trophy candidate, finished the night with 28 rushes, 163 yards, and a pair of touchdowns.

Coach Duggerton and company once had a lead as big as 35-6. With this giant margin in place, Big Cat unleashed a fan-favorite: The Blind Play.

Not ideal, and he threw another one later in the game, too.

With back-to-back blowout wins at Doak Campbell Stadium, Mr. Cat's biggest competition so far this season may not be the opposing teams.

Based off the film, it has actually been the Twitch chat haters that have given Coach Duggerton's squad the most trouble. In fact, tonight set a Pardon My Take Twitch Stream record of more than 18,000 viewers watching this classic rivalry game in the Sunshine State.

While Mr. Cat may have some beef with folks in the chat, he put their differences aside and thanked them for their support.

So, the regular season is in the books. But now, things get real. We'll see you on Wednesday night from Charlotte, with a spot in the National Championship game on the line.