You know how whenever a player gets a huge contract in a sport, everybody makes the same joke about how the next guys at the same position are all acting like this when they hear the news?

Well thanks to this goddamn quarantine, we got to confirm that was actually the case since Alvin Kamara did everything short of grow feathers and count actual currency since he was playing COD instead of doing some sort of offseason work with the team. Forget all that talk about the special fraternity that NFL starting quarterbacks are in. Yeah you get the blame if your team loses. But you also get the glory, the cheerleader captain, and more importantly the bag if you are even close to being competent. (Shout out Sam Bradford for being the poster child of this phenomenon by simply having the potential to be good if he had never fallen apart over and over again).

Meanwhile running backs and their agents are doing whatever they can to ensure the curve for their contracts doesn't flatten. Things were looking grim after Le'Veon put up a stinker after going to the Elephant's Graveyard that is the Jets,Todd Gurley's arthritic knee got him a cut slip and a ticket to Atlanta for $5 million, and pretty much every single tweet by analytics Twitter over the last 3 years. But then RUN CMC saved the day after a casual 1000 1000 Club season with 19 TDs, which had Kamara go up three octaves then likely his agent to start bothering Mickey Loomis while he morphed into the money emoji. 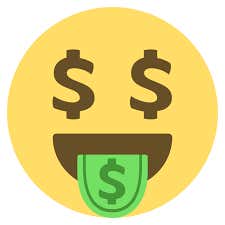 I think it's pretty safe to say $16 million per year probably isn't on the table even if Kamara stays healthy and improves on last year's injury-filled season. But a guy that plays the same position as you setting a new record sure as shit isn't bad for business.

Stats powered by Google. That sounded fancy, right? Attribution can be cool!

Now lets go live to the Giants War Room, which is pretty much Dave Gettleman's kitchen right now, to see how Big Blue is taking this news.