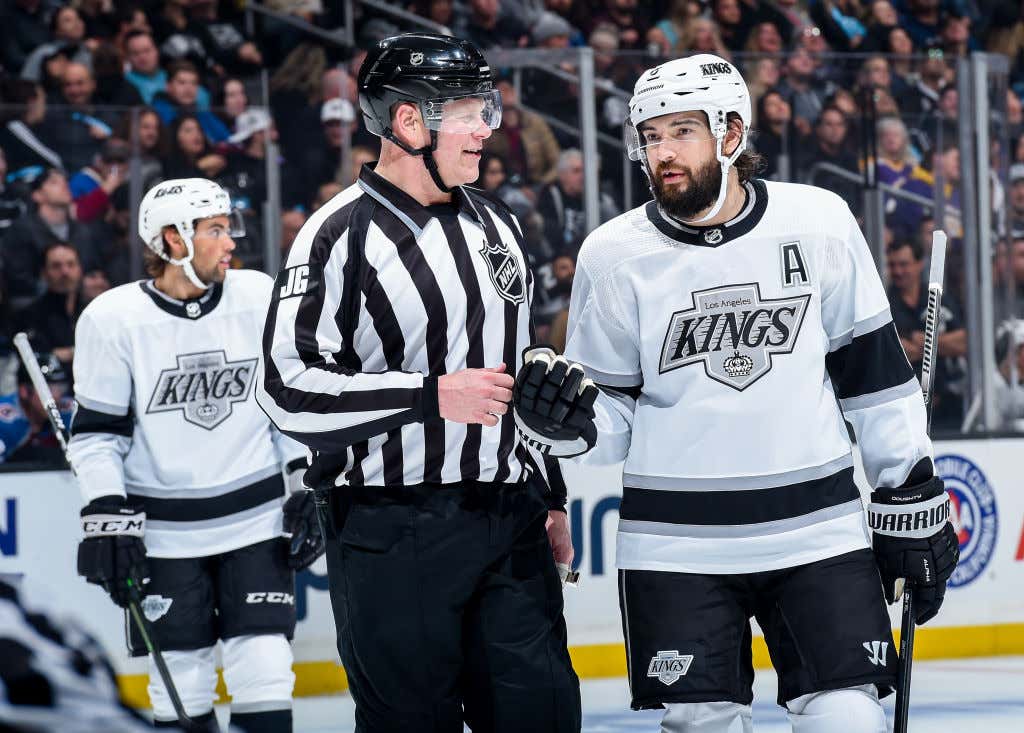 The NHL is still trying to figure out ways to finish out the 2019-20 season. There have been reports about potentially playing games in North Dakota without fans. There was a report that the league is considering to push the start of next season back to November if they're able to finish the rest of this year in the summer, and then just get rid of the All Star Game and bye weeks. The more news that comes out about the virus and the less likely it seems like the season can be saved, but they're keeping all their options open regardless.

Drew Doughty doesn't give a single fuck about any of that.

Jesus, bud. Doughty Downer. I mean I get that he's probably going to end up being right but he didn't have to go in like that.

Also--let's be abundantly clear here that Drew Doughty shouldn't have any say in this. Not that his opinion is actually going to make an impact on the league's decision one way or another. But the Kings were absolute dog shit this season. 2nd to last place in the Western Conference. So even if the league tried to finish out the season in any capacity, it wouldn't mean dick to Doughty and the Kings because their season was over anyway. So I don't really get what we're asking him about continuing the season for. And that's coming from someone who loves when Drew Doughty unloads to the media. He's one of the best in the game at saying whatever is on his mind and not afraid to give more than just canned answers. So I don't necessarily blame Drew Doughty as much as I blame the media for asking him questions that the response of a Kings player means absolutely nothing for. Ya know?

Anyway, here's to hoping Doughty Downer is the wrongest son of a bitch on the planet because the Flyers were buzzin' before the break and they'll be right back to buzzin' after.