Say what? The bag the gentleman is carrying is made out of HUMAN spine???

Oh, excuse me, the handle is made from the spine of a CHILD who had osteoporosis? I am honestly completely shocked. I've heard some sick things in my days, but I just can't quite wrap my mind around this one. I mean, why would anyone ever want to use a deceased child's spine as a handle? How fucked up do you have to be to even come up with that idea in the first place?!!

Responding to critics posting on his Instagram account, Putra told Insider” “It’s part of a creative learning process that should involve opposition, otherwise it would just be a form of repeated validation. I’m not intending to sell out and will continue to realize my ideas that are frequently changing in terms of subject matter.”

I don't think I've ever instantly hated anymore more than this idiot designer, Arnold Putra. Every single thing he said was filled with the most arrogant, self-righteous, condescending tone imaginable:

He's brilliant and creative and pushing boundaries, "creating art darling!" You and I, on the other hand, we're stuck in this boring, sellout universe where using body parts of a sickly child is not ok. We so desperately need validation that we wouldn't do something so daring and atypical, but Putra, he's the truth!

And yup, he looks exactly like think he would. 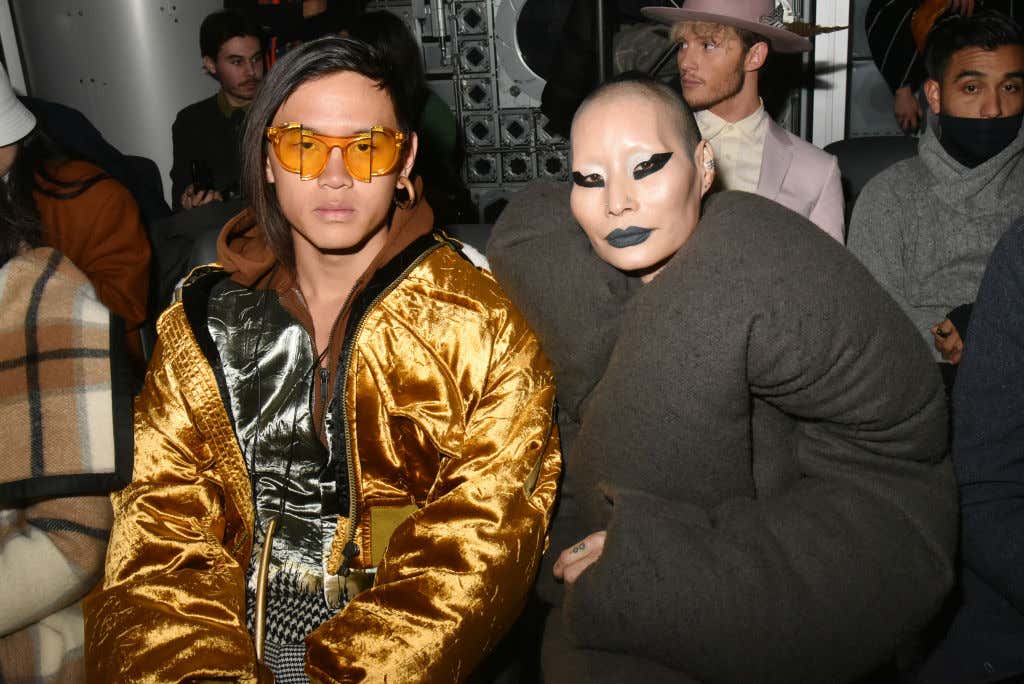 If ever anyone deserved to be punched straight in the mouth it was this piece of shit when he was defending his use of child bones as artistic subject matter, which by the way, is somehow legal!

The designer said that the spine had been “medically sourced from Canada with papers.” He said it was possible to buy bones from licensed companies that receive human specimens donated to science and sometimes sell them as surplus.

The human bone trade is legal in several US states, and some countries including Canada, according to National Geographic.

Imagine donating the body of a deceased loved one to science with the hopes that maybe, just maybe, their diseased body can provide some sort of cure or further development in that particular area. That maybe their body prevents other families from going through the same pain you went through.

Now imagine how you would feel if you found out their body parts were being casually, legally sold as "surplus" to some low-level, nobody designer who is then free to use them in any way that satisfies his need for zero validation.

This is so insanely fucked.