Before I get into the making fun of Kendrick Nunn portion of this blog, let me just say I like how he referred to himself in the third person. Something about referring to yourself in the third person makes me laugh 9 times out of 10. I thas a certain boyish humor to it that is hard to replicate. Now moving onto the portion of the blog where we make fun of Kendrick Nunn.

I hate to break it to ya Kendrick but someone has to. The Memphis Grizzlies, the team that Ja Morant plays for, are the eighth seed in the Western Conference of the National Basketball Association. 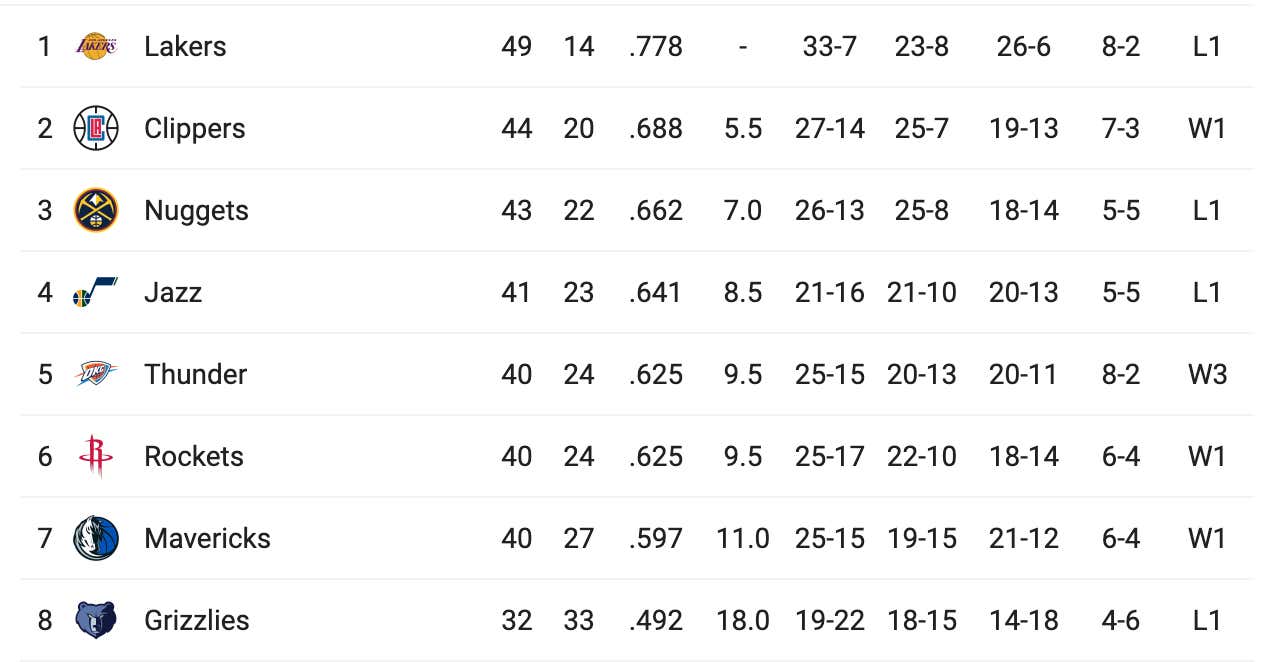 That, in fact, means they are a playoff team. So there goes the entire point of his argument. Sure, the Heat are in a much better spot relative to the Grizzlies but that doesn't really mean anything for Nunn's case. Nunn just has much better players at his disposal. Ja Morant also isn't surrounded by all-star talent (yet). The fact of the matter is that Kendrick Nunn's performance isn't as important in a game. Don't get me wrong, Kendrick Nunn is pretty good at basketball. But at the same time, it's like sick dude, you're winning so many games because you have all-stars like Jimmy Butler and Bam Adebayo on your team.

The Grizzlies, on the other hand, need Ja Morant to do well every night in order to maintain that eight seed. Saying that the "most value should be in wins" is funny considering that Ja Morant literally has a higher win share than Kendrick Nunn. Put Kendrick Nunn on the Grizzlies and see where they'd be now. Probably like the 11 seed in the west. It's pretty blasphemous for Nunn to stand up there and act like he's single-handedly willing the Heat to the four seed right now.

Both players have won three rookie of the months awards each this season, for their respective conferences. It just feels like a pretty general consensus that Ja Morant is simply the rookie of the year. I get how it seems so minuscule, it's only the rookie of the year award. I hated the same shit when Chris Paddack was crying about Pete Alonso winning rookie of the month. Usually, I just say 'who the hell cares' and move on but this is all I have right now. Just give it a few years and maybe we'll be able to chuckle at solid-but-not-a-superstar point guard Kendrick Nunn's old comments to all-NBA talent Ja Morant.

PS - I was actually a Kendrick Nunn guy until about five minutes ago. I defended him when everyone was coming out of the woodwork saying Zion for rookie of the year, saying that Zion might not even finish second because that's where Kendrick Nunn would be. It makes sense though, Iguodala probably started filling everyone's head with misinformation after his whole falling out in Memphis. Whatever, just makes the Beale Street boys a little stronger.

rookie of the year+ 2 Tags