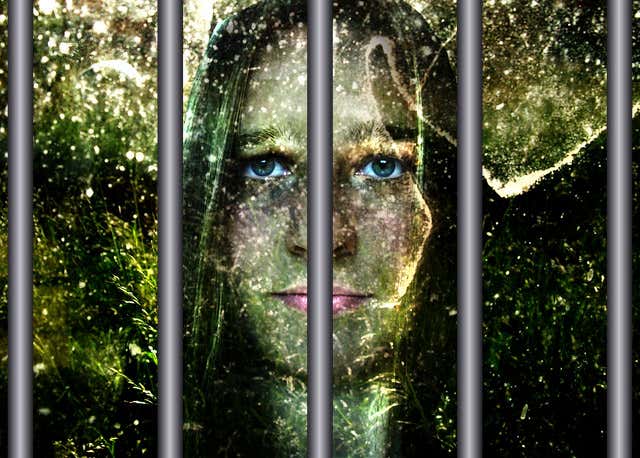 Look, I know Man vs. Mother Nature has been in an ongoing war since our big brains discovered cool shit like fire and chainsaws while she has started to strike back with climate change. But every war has a set of rules and I feel like that hippie bitch has violated a big one by bringing 65+ MPH winds, rain, and more thunder than Thor can shake a hammer directly to our doorsteps while we fight a pandemic. It's one thing to unleash a storm while we are all sentenced to house arrest. I get that. Plants need water, animals eat the plants, yada yada yada Circle of Life.

However, using your magical Earth powers to turn a good chunk of the country into The Flash logo during the scariest time in humanity during my life should flat out be a war crime against humanity.

Throw Mother Nature in jail along with That Bitch Carole Baskin right this second! I'm already getting enough bad news from TV as is, so I don't need the weather man telling me to batten the hatches since I have no clue where the hatches are located on my house.

Thunderstorms are already super scary and destructive as is. But to add the potential of losing power on top of all this is what makes it an especially dicey scene. If I lose power, I am going to be stranded in a house with two kids that having been quarantined for a month. If I can't throw on the TV or access the internet to make them zombies, a Royal Rumble is going to break out in the Casa de Clem as well as every other house full of kids once our phones run out of battery or no longer get data because everyone is HAMMERING the cell towers.

I have lost power twice since I started writing this blog and immediately have started forming alliances in the house in case shit goes bad. My wife would seem like the natural ally, but I'm pretty sure she's been done with me once we decided we weren't having any more kids. My son despises me and flat out tells me to leave the room for no reason at all. And while my daughter loves me, I am clearly the lowest in her personal power rankings behind the mom that birthed her and the little brother that worships her.

So I'd kindly appreciate it if Mother Nature can cut the shit at least until we flatten the curve before we get back to our ways of trying to destroy each other because this shit sucks enough as is. Stay safe out there everyone!