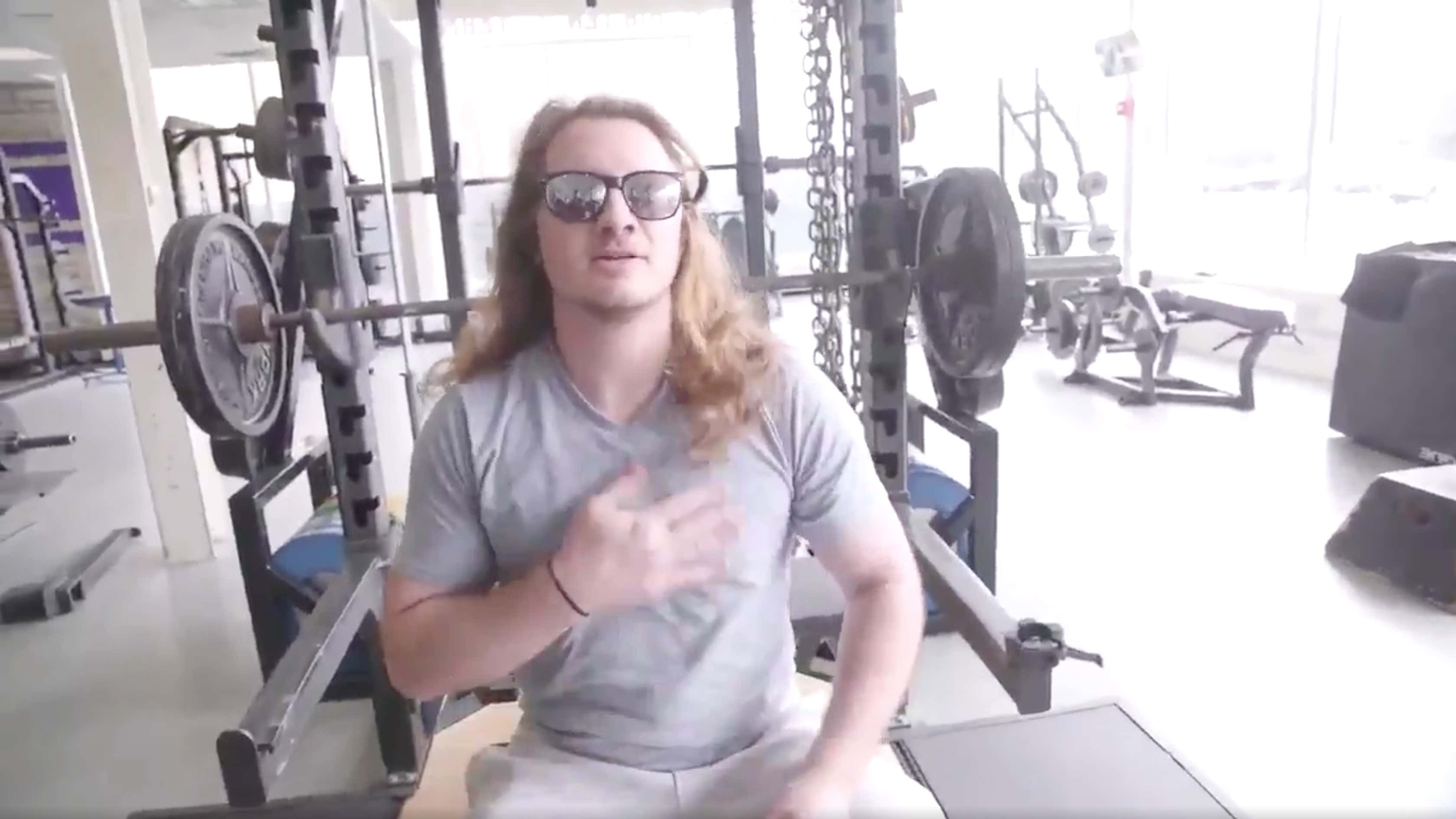 If there's one thing we know about Mr. Commenter, it's that he enjoys putting himself out there when it comes to physical challenges. For example, he is currently in the midst of a Peloton challenge with today's Pardon My Take guest, Brooks Koepka, and Booger McFarland. He is also set to do a giant bike ride around the entire island of Manhattan this Friday with Mr. Cat, Hank, and Bubba.

And another example of Mr. Commenter showing off his guns came two years ago today, in Evanston, IL. It was Grit Week 2018, and Northwestern football HC Pat Fitzgerald hopped on PMT. After the interview, Mr. Commenter headed into the weight room with the Wildcats strength coach and put on an absolute show:

Dozens of members of a B1G football team watching Mr. Commenter pump some iron? That doesn't faze him, as he got the job done. In fact, if we fast forward to this past fall, Mr. Commenter got to do something even more right up his alley: bench press with a couple of fullbacks.

Mr. Commenter thrived on this day, and as it was clearly shown, he dressed to impress. That was back in September, and look where we are at right now: the Pardon My Take studio has a permanent bench press sitting right against the wall, so Mr. Commenter can get to work whenever he wants. 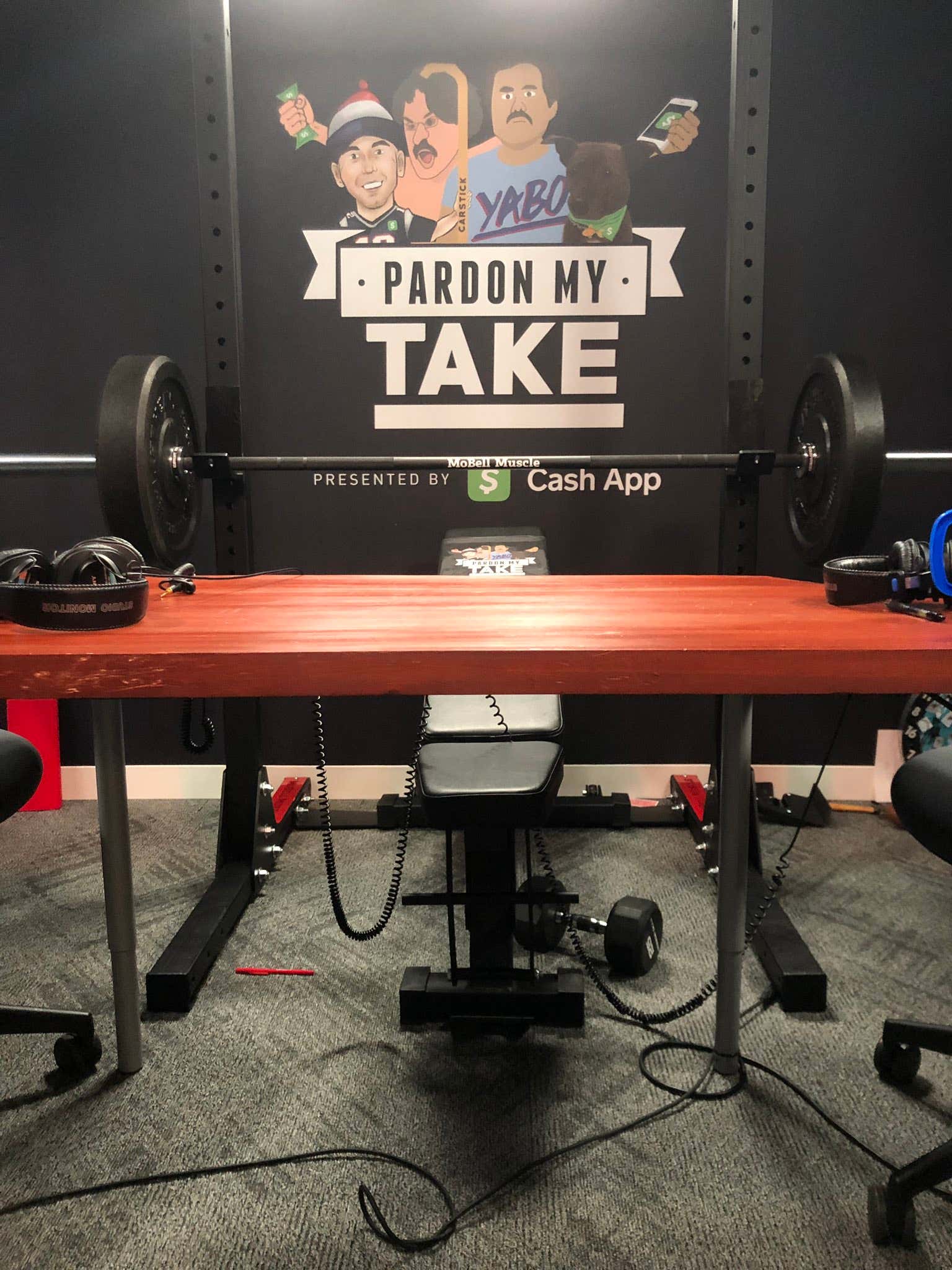