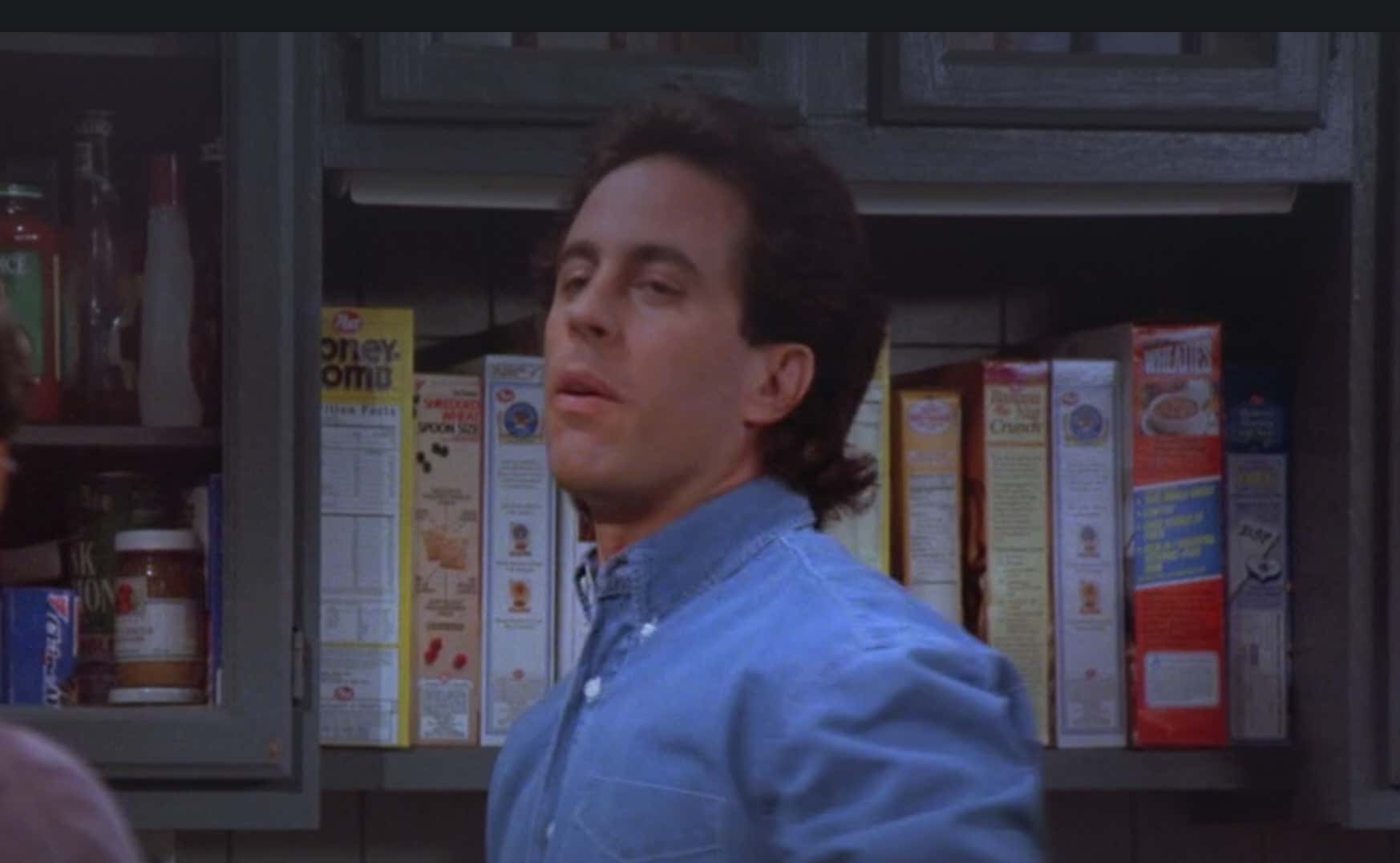 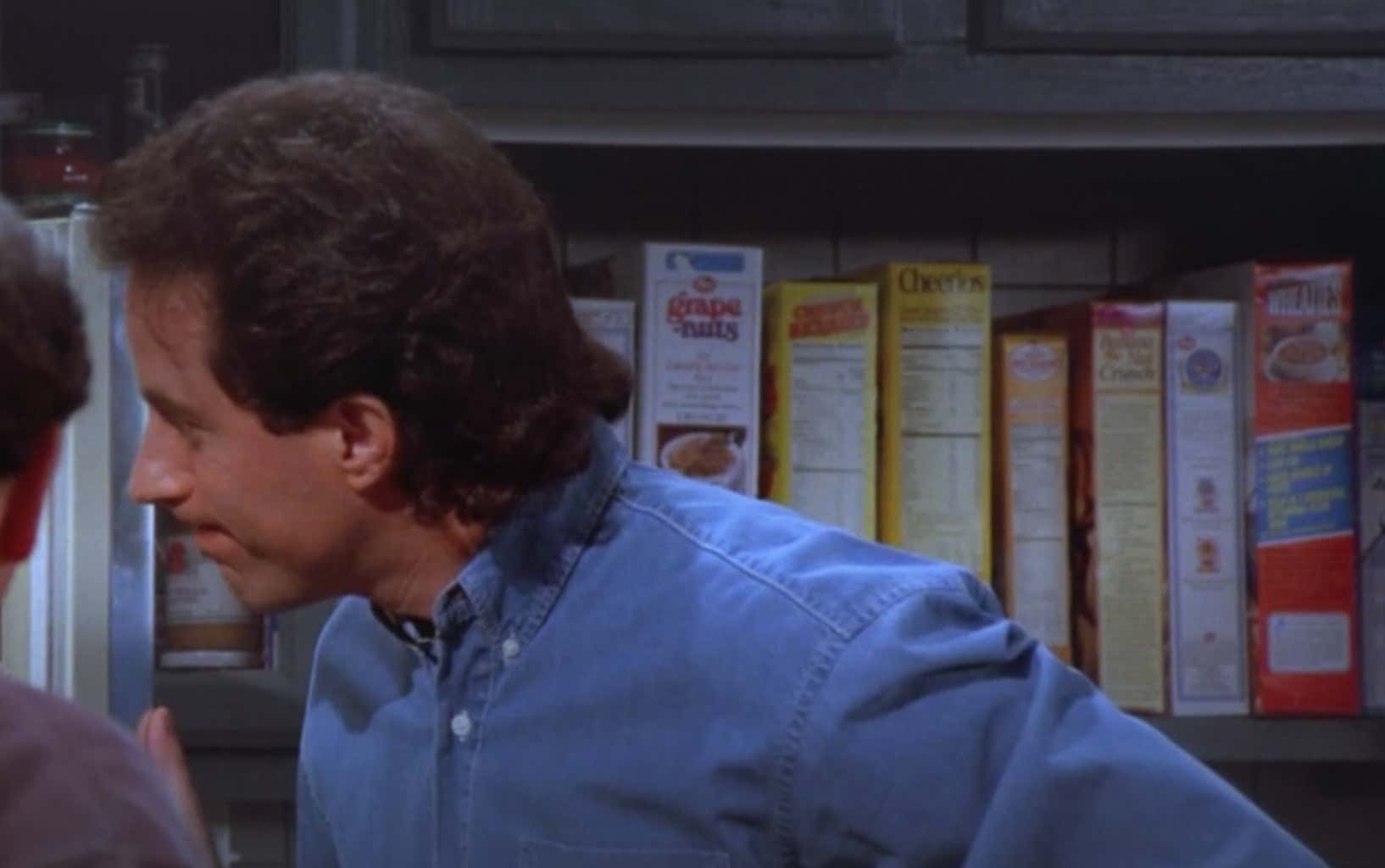 I was watching Seinfeld last night before bed and came across this shot, as Jerry is looking for champagne to celebrate George's regretted engagement (Jerry didn't have champagne. No champagne). My first thought was, "Whoa. That's a lot of cereal for a single guy. Good for you, Jerry, big boys eat cereal at night because that's when it tastes better. I'm sure you knew that, but just reminding."

However, I then took a closer look at the cereal collection and realized it is BUTT. Not good butt, bad butt. Total and complete bad butt. It's a bunch of cereals that I wouldn't eat if I was dying of famine and wouldn't help me at all if I was going into diabetic shock (does cereal help if you're going into diabetic shock? I don't know, and I'd never find out. Because these cereals are butt.)

Look what we've got here! Honey Comb (the best of the bunch but still not something I'd take off a shelf typically), Shredded Wheat Spoon Sized (not even Frosted!), Grape Nuts, Cheerios (not Honey Nut), Banana Nut Crunch (puke), and Wheaties (if it weren't for the Olympics Wheaties would've gone out of business ages ago. Maybe they were banking on a resurgence with the 2020 Olympics and now they'll finally fold and Corona will have done one good deed.) There are other boxes up there that I can't decipher but I'm sure they're all equally garbage.

How much fiber do you need, Jerry? Are you trying to tell us something about your colon health? Can you not take a shit unless you eat a whole cardboard box first? It's disgusting and immoral to have a cereal selection such as this. But, it also doesn't surprise me. A man who doesn't have some booze laying around the house to celebrate an ill thought out engagement is surely not going to have a taste for great cereals.