What a huuuuuuge W for not only the Easter Bunny but Easter in general. The one lesson that was hammered into my head during CCD was just how Holy Easter Sunday is in the Catholic religion. Christmas gets all the shine because of the presents and songs and week off from school/work. But a woman who claims to be a virgin giving birth has happened before and will happen again while a dude everyone saw die on a cross rising from the grave days after kicking the bucket is real deal miracle shit and something that can turn a man's life into a religion.

I don't know if it's because of the holiday, the quarantine, or the complete lack of sports. But I hung on every move of this 5 year old video with less than 4,000 to find out the age old question of who would win a fight to the death between the two GOAT mythical creatures responsible for spreading the Good Word of JC to kids through gifts and candy.

Heading into this matchup, I would have installed Santa as a -200 favorite simply because of the clout he carries considering ol' Saint Nick completely overshadows Jesus on His own birthday, which is no small feat. However looking back, I think the magical, overgrown, to be quite frank mutant bunny able to walk on two feet is much more of a daunting task to fight than a morbidly obese white man that works one night a year. Even on his big night, Santa spends most of his time feasting on cookies while also getting credit for the heavy lifting done by his reindeer and elves, which may or may not be slave labor. So it should be no surprise that Santa couldn't outduel this mutant bunny that not only can scrap but can also survive a fucking axe through the head. 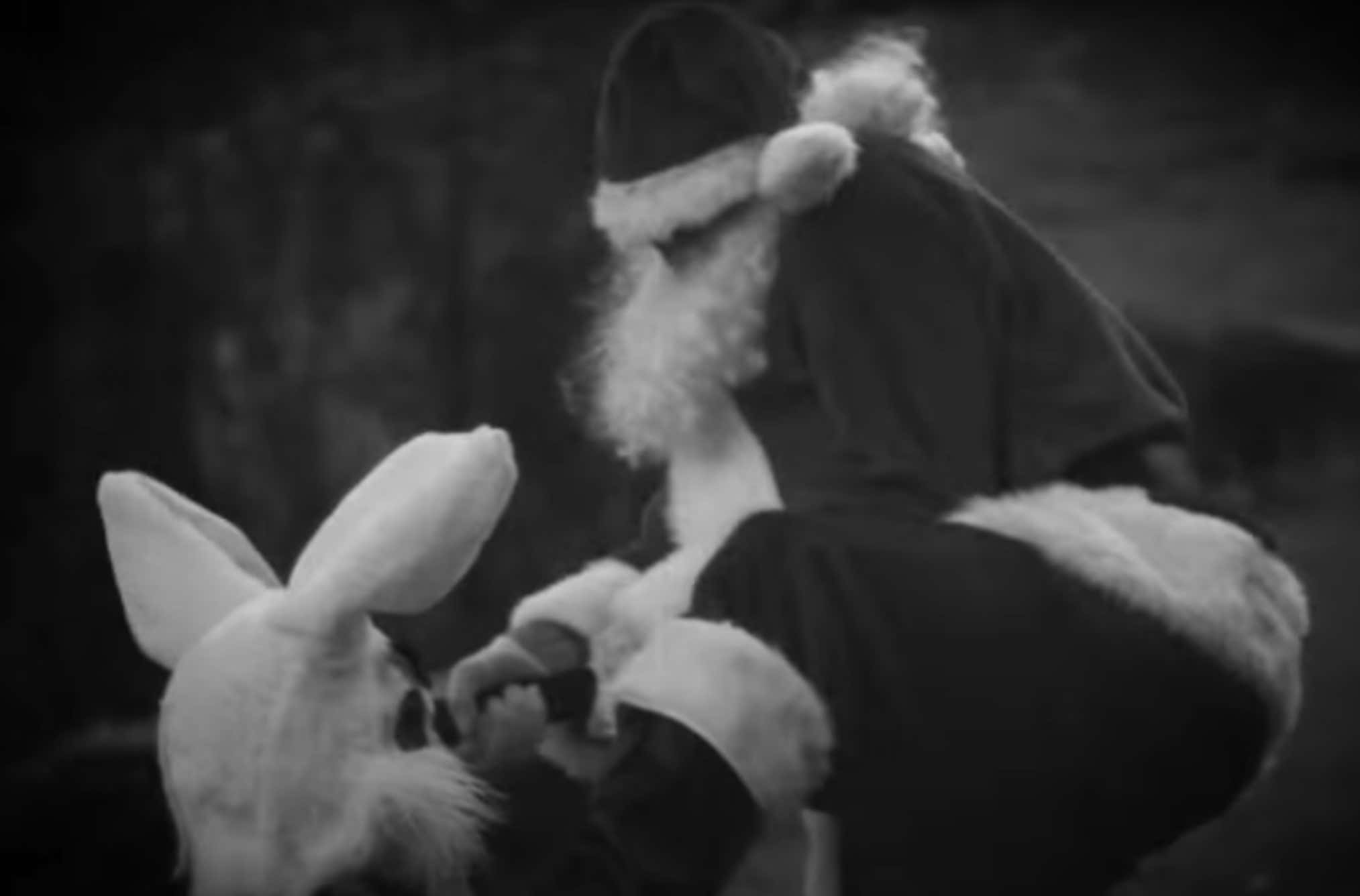 That is some gangsta shit.

This may not be the best Easter Sunday or even in the Top 2000. But at least we finally got the answer to an age old question.