Listen everyone could use some good news at a time like this so I just wanted to check in on everybody and see how you were doing. It is our job as a society to make sure everyone stays sane enough so they can make it to April 19th. When ESPN first announced that they were caving to the internet's demands and releasing the MJ documentary early it was great, but then you realized that April 19th wasn't all that close. Still a whole lot of quarantining to do until we got to that point. But now look at us, we've made it to April 12th in a blink of an eye and only have a measly 7 more days to go. As a reminder, here is the release schedule 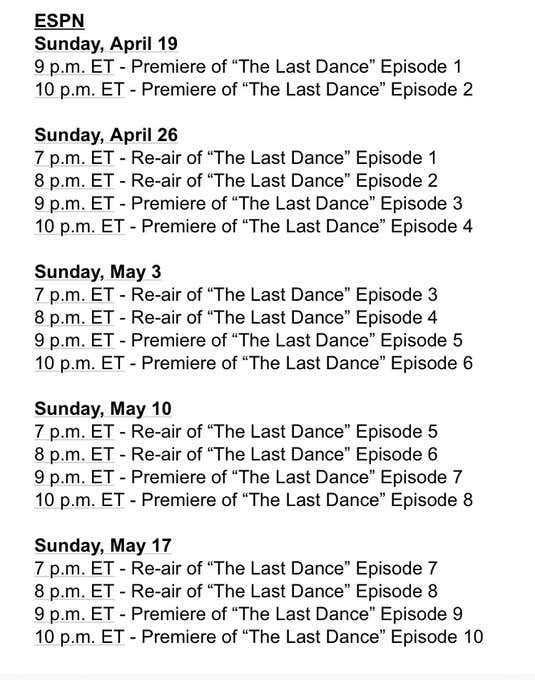 We can do this. Next Sunday will be here before we know it, just hold on a little longer. I can't imagine there is a sports fan on the planet that isn't pumped as hell for this, multiply that by a billion for Bulls fans. I know this quarantine sucks and we're all sick and tired of it, but it's important to have something to keep you going. A glimmer of hope if you will. At this point you have to take any small victory you can get, and we're in the home stretch. We can knock out 7 days no problem as long as we do it together, because this is waiting for us on the other side