I've thought multiple times throughout this quarantine how truly lucky we are to be alive during this technological era. We are staying connected with our friends, family, etc. instead of just having to stare at a book for 3 months straight.

There is also an enormous amount of useful content on Instagram if you look hard enough. With the gym (and pool) closed for mostly everyone across the world, top athletes have been giving us tips on quarantine workouts. Yulyia hit us with one if we happened to be somebody who likes to get after in the pool: 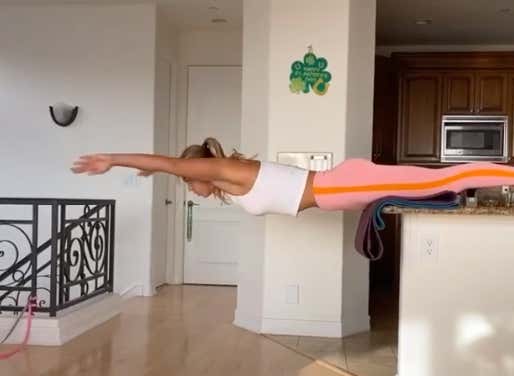 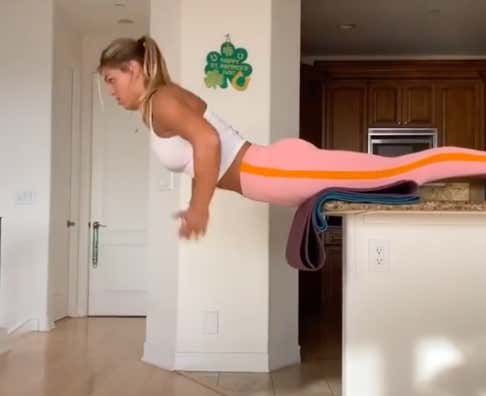 I love the content from you Yuliya, but there's one, actually two problems:

1. I do not have an island in my kitchen. I think you have to make 7 figures a month (yes, I mean a month) to afford an island in your kitchen if you live in Manhattan.

2. If I attempted this exercise I would fall right on my face and potentially die. I definitely have had a crush on you since the 2016 Olympics, but not enough to risk my life.

You may remember Yuliya from the 2016 Olympics. She was the Russian that was banned for 16 months for doping leading up to the 2016 games and then once she was cleared she failed another drug test that led to a potential lifetime ban. That didn't keep her from competing in the 2016 Olympics, though. She was Teflon Yuliya. She got the charge dismissed and ended up being cocky as hell when she threw up a 1 after she won her heat:

American Lilly King finger waved back at her and then ended up winning the gold. I was digging Yuliya's heel behavior, but she started crying on the podium when she was awarded her silver and was booed by the crowd. She should've just given them the middle finger that said you'll never be as good as me at swimming, plus I'm hot, so fuck off. Crying after you lose is heel behavior, though, so I'll give her a pass.

It's good to see Yuliya is doing well. She hasn't been popped for any doping recently, which means that Putin has finally cracked the code on how to make sure his athletes don't get caught.