A few days ago tennis star Nick Kyrgios offered to help out anyone in around his area of Canberra, Australia who was without an income and needed some food to help get by during these trying times. Such an incredibly nice gesture, but it's one thing to say something and another to actually do it.

The other night Saint Nick wrote on his Insta story about his plan to follow through. 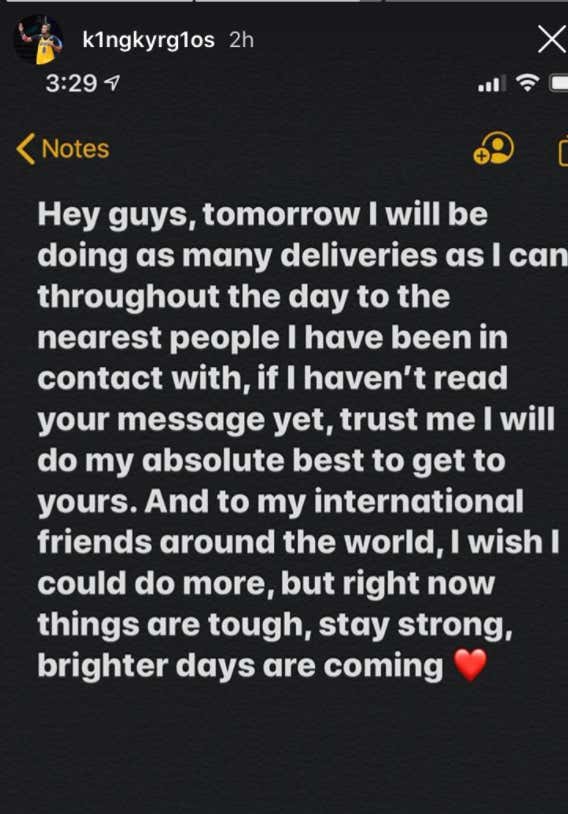 And the next day he was out delivering food to those in need. What a fucking hero. 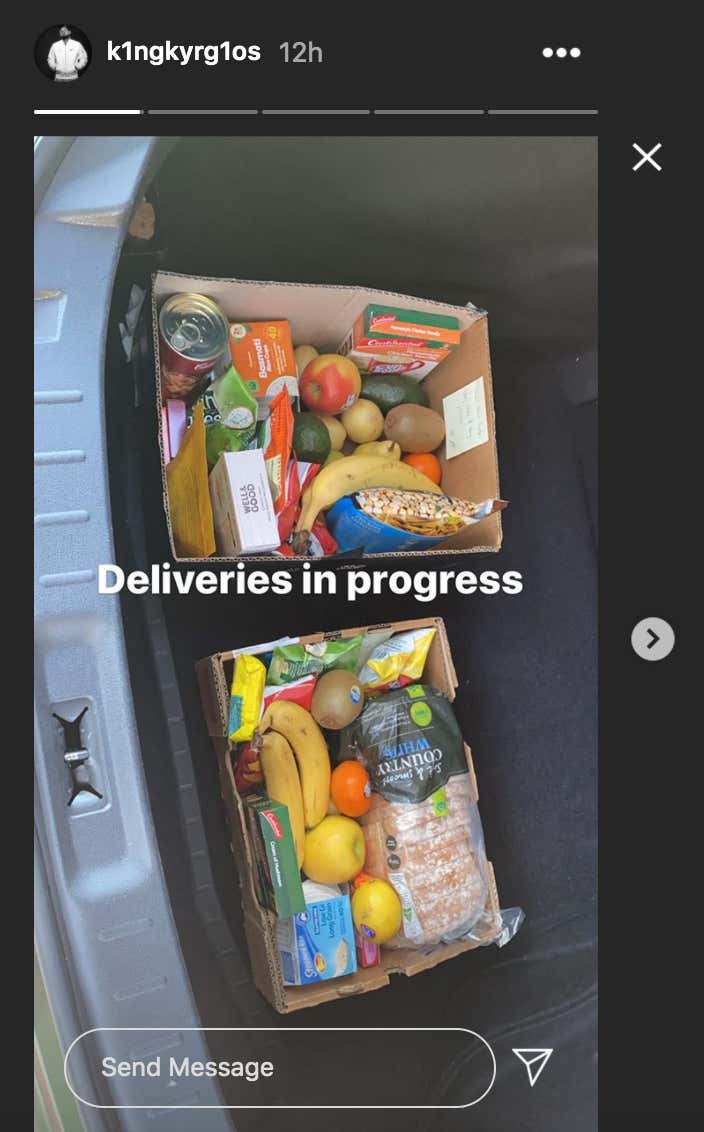 Class act. Hopefully more people start to realize how good of a dude Nick is and can move passed any of the on the court antics he's pulled in the past. Good shit man.