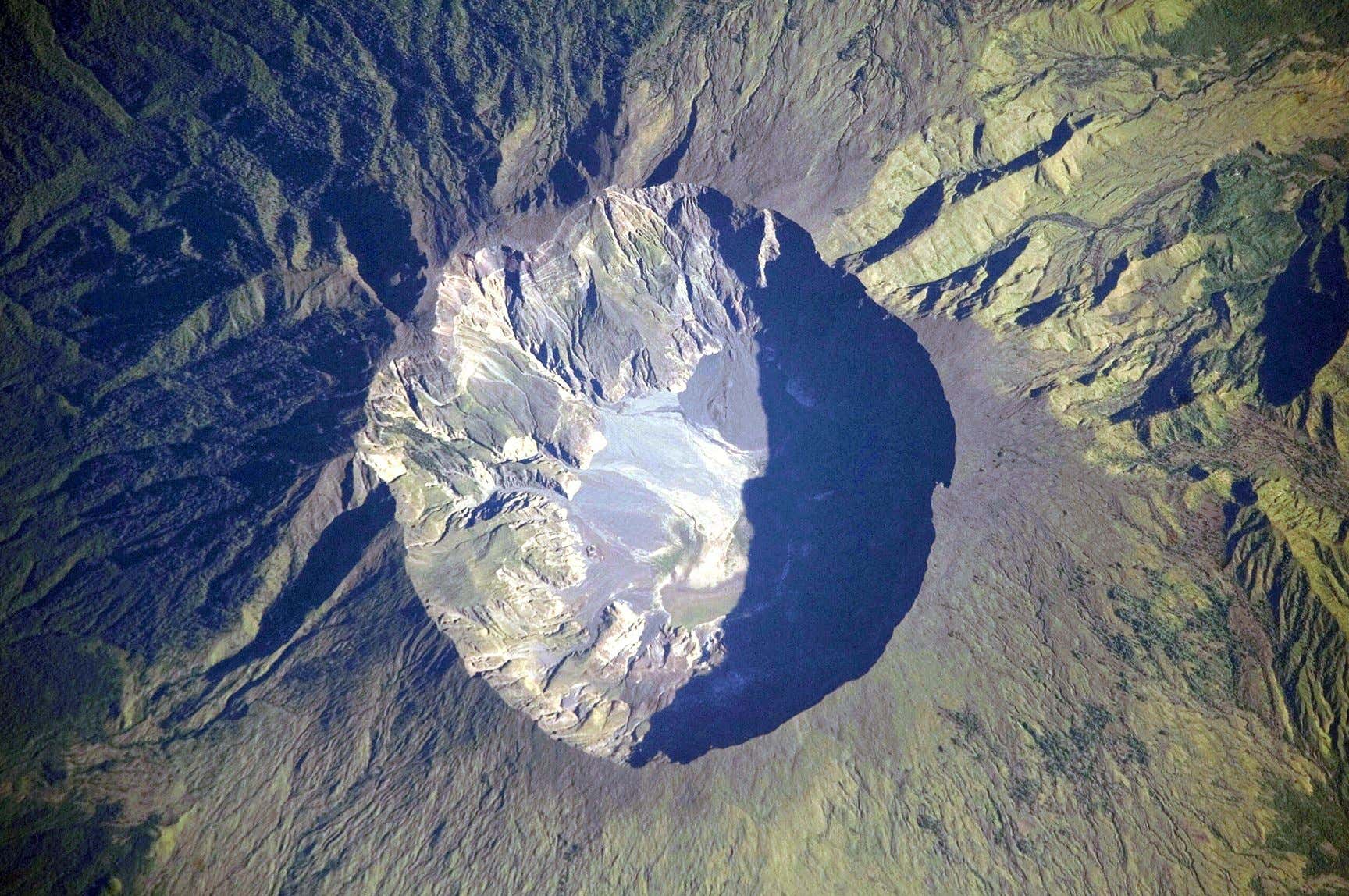 (photo taken by NASA Expedition 20 - circa 2009, depicting the massive caldera of Mount Tambora)

This Day in Twisted History, April 10, 1815: Mount Tambora, located in modern day Indonesia, erupts. It is the largest in recorded human history. The eruption left a deep summit caldera (above) where previously a much higher stratovolcano had stood.

The number of deaths varies depending on the source, but it is estimated over 71,000 people died during, or in the aftermath of the eruption.

The result of the massive eruption lowered global temperatures by as much as 3 degrees °C. Even a year after the eruption, most of the northern hemisphere experienced sharply cooler temperatures during the summer months. In parts of Europe and in North America, 1816 was known as "the year without a summer." Crop failures were widespread and the eruption has been implicated in accelerated emigration from New England, and widespread outbreaks of epidemic typhus.

While there were other volcanic eruptions in 1815, Tambora is classified as a VEI-7 eruption with a column 28 miles tall, eclipsing all others by at least one order of magnitude. 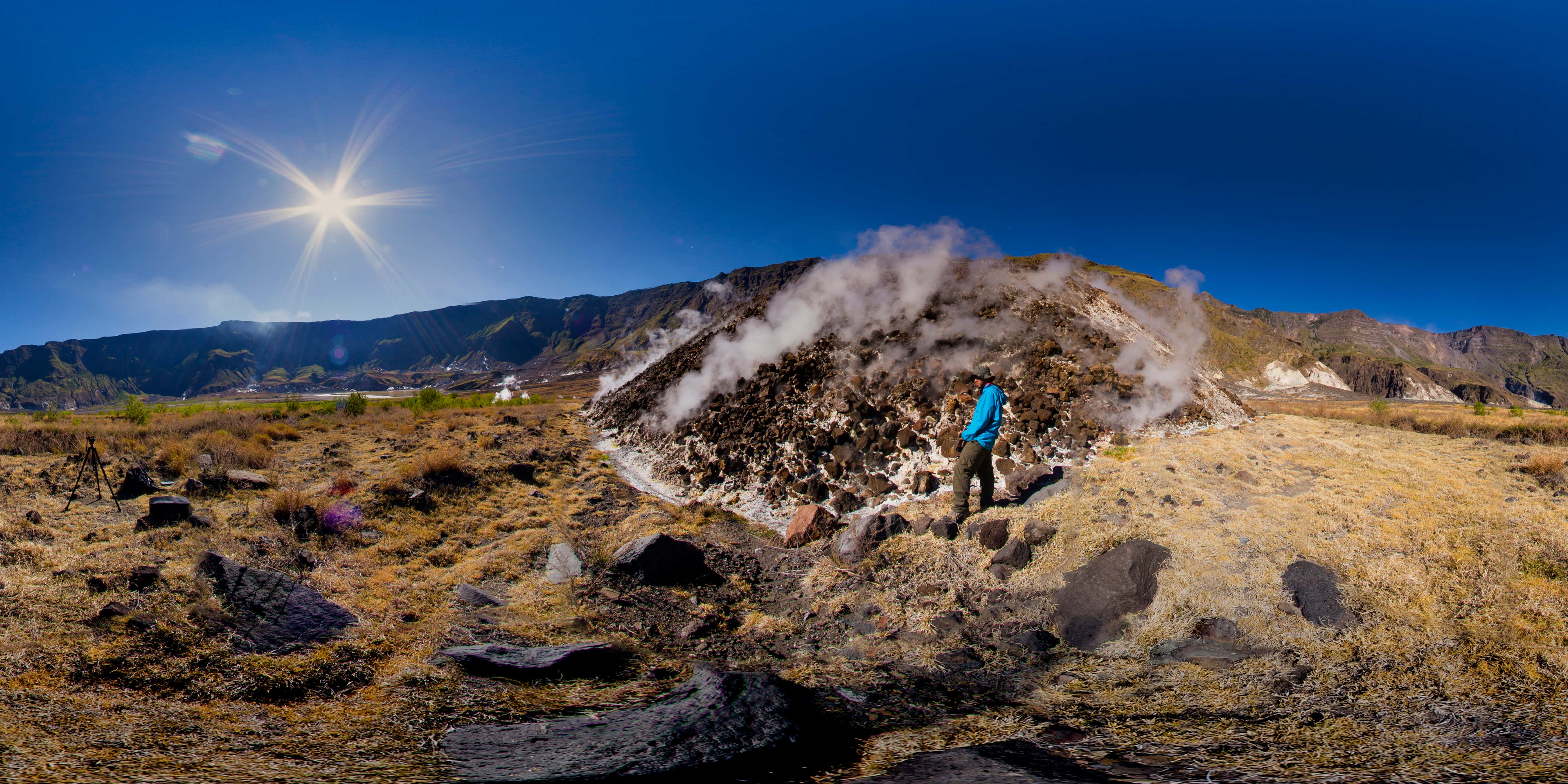 Before its eruption in 1815, Tambora might have been dormant for 5,000 years. It is still considered an active stratovolcano today.

Check out The Twisted History Podcast