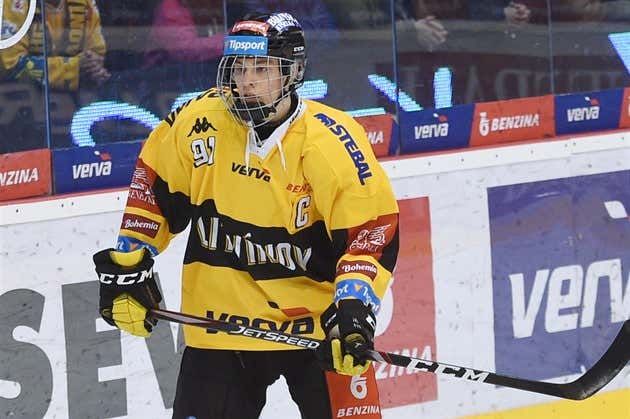 We're still not totally sure when the 2020 NHL Entry Draft will be going down but the show must go on at some point. So to kill a little time, TSN's Craig Button decided to have a little Q&A on Twitter about the draft lottery and talk shop on some prospects. Now Craig Button is TSN's Director of Scouting. Very few people out there know more about these prospects than him. I mean we're talking about hundreds of kids out there and CJB has a scout on all of them. But somehow there was one prospect who must have fallen through the cracks this year. One prospect who was...left hanging. One prospect who is probably a little salty about it. One prospect who plays the game with a massive set of cajones and isn't afraid to get a little greasy out there. We're talking, of course, about Czech prospect Lic Mysak. 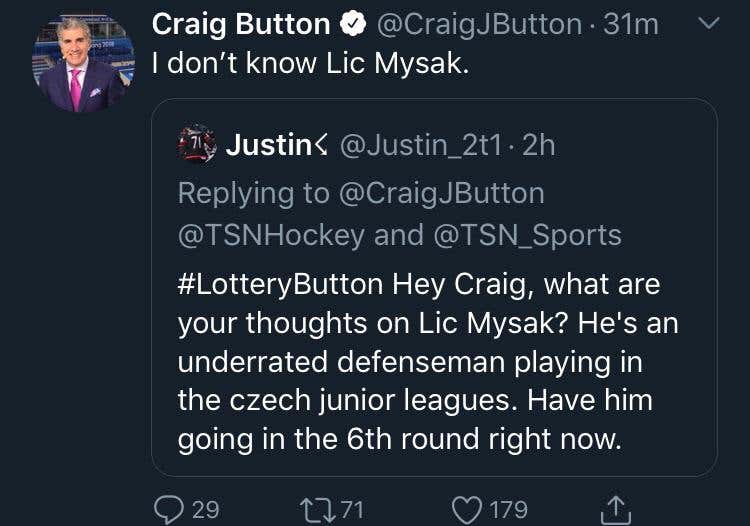 I know the world is in a weird place right now but just take a moment real quick and thank whatever higher being you believe in that you were put on this Earth at the exact perfect moment to witness someone on Twitter trick Craig Button into tweeting out "Lick My Sack". I mean this is a once in a millennium type of occurrence here, people. And you were here for it. What a world we live in.

Sidenote: Jan Mysak is a late 1st/early 2nd round prospect in this year's draft. He's strictly going by "Lic" from here on forward.