Buster Douglass. The 1980 US Hockey team. Mable the Dog. I've seen a lot of upsets in my day but none like this. None had me on the edge of my seat for the entirety of the match. Olive was as much of a lock as I've ever seen. Right now Elias Sports is mocking up the Win Expectancy Chart that had Olive as 99.9% to win and Mable not even listed because this was as much of a lock as has ever existed. It's easy to draw up a game plan. It's hard to stick to that game plan when the bright lights are shining, the crowd is roaring, and the clock is ticking down. That's when mere mortals crumble, abandon ship and lose focus. It's the all time greats who are able to drown out the noise and remember the hard work that got them to the apex of their craft in the first place. Those long nights in the gym. Those extra suicides they ran in preparation for the big time. And that's exactly what we saw in Mable here today. All class, heart of a champion, elite level being a dog. Olive will never recover from this loss. 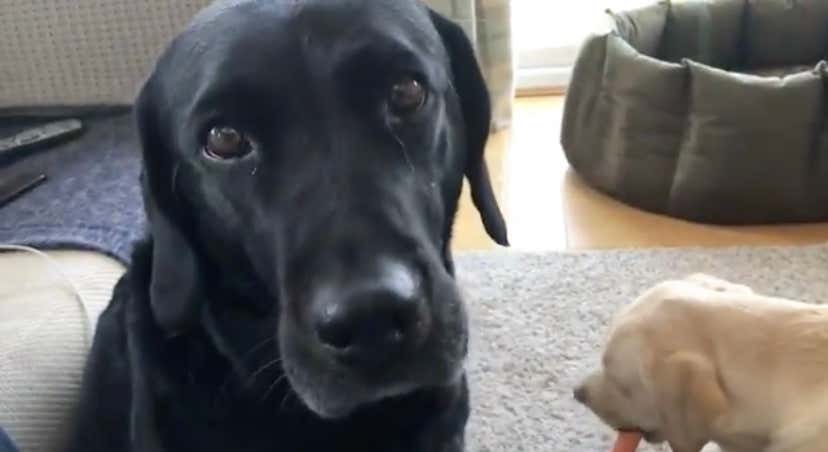 "Bad dog" is the "Blocked by James!" of Corona 2020. A call that will go down in infamy for Olive as the tears roll down her dog cheeks.