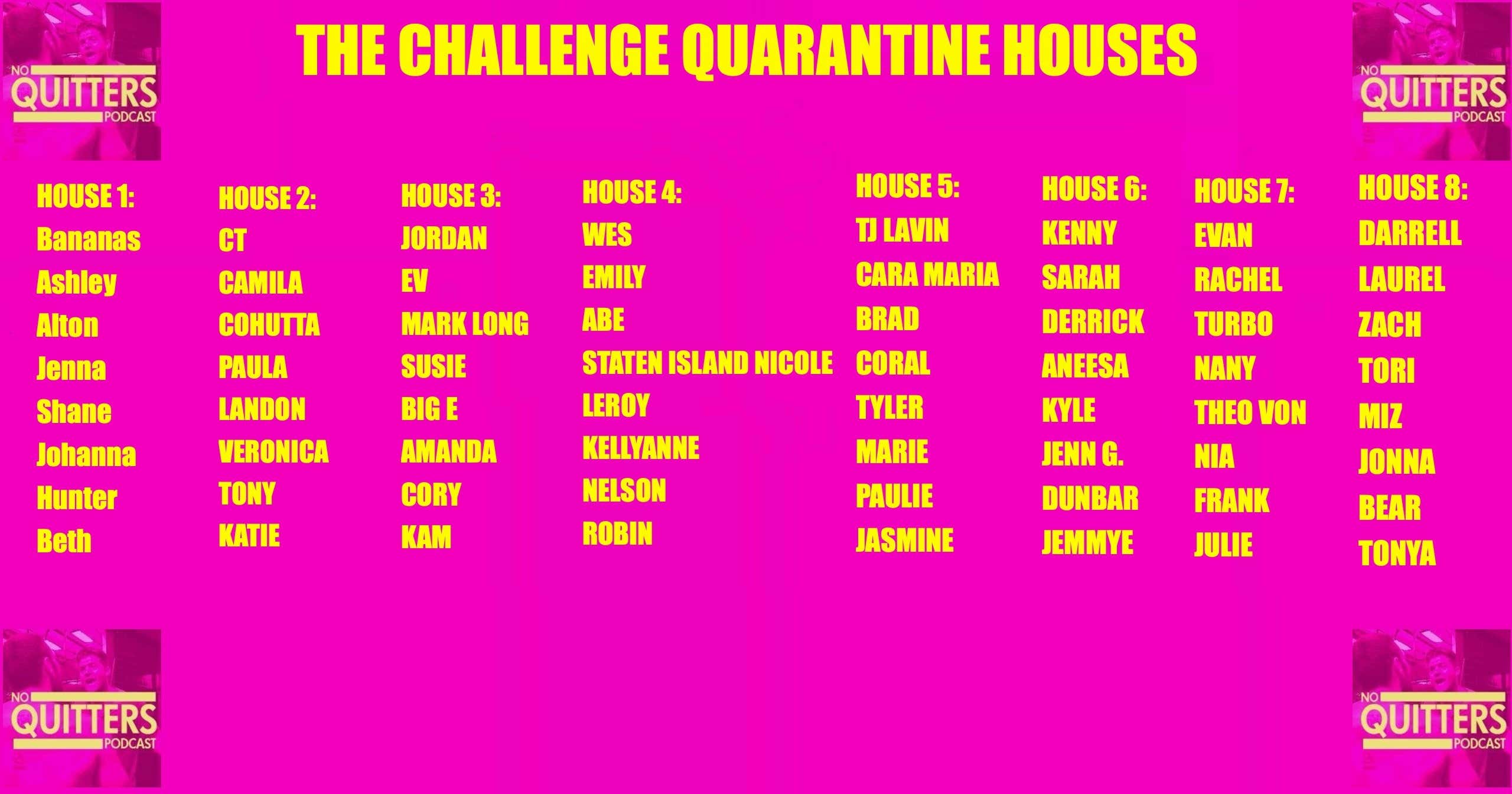 So these Quarantine House challenges have been taking over the internet as we all collectively search for any sort of new entertainment as we lose our fucking minds. But no challenge would be quite as difficult as being cooped up with the maniacs that have participated in The Challenge over the years. A wonderful collection of misfits that fuck, fuck over, and outright fuck each other like no other group of people in the public eye. So being stuck with them in close quarters for un unknown amount of time would probably end in utter chaos due to a mix of those three things sooner rather than later.

A quick breakdown of the houses above:

House 1 is a pretty decent crew but Beth was an outright agent of chaos in her prime. I'd love to hang with CT, Cohutta, and Landon in House 2. But there are a lot of explosive possibilities with the Camilinator, Paula Walnuts, Veronica, Katie, all under the same roof as Tony Cromartie. House 3 is definitely a favorite of the bunch. Being stuck between four walls for an unknown amount of time with Wes and Abe instantly kill House 4's chances of being picked. TJ Lavin is pretty much my favorite human on the planet, but dealing with Cara Maria and Paulie makes 5 an instant no. House 6 is up there with 3, even though Kenny and Sarah arguing/flirting/whatever they used to do would drive anybody insane along with that blockhead Dunbar doing Dunbar things. 7 is a real fun bunch but Hurricane Nia scares me more than any competitor ever, including jacked up CT. And 8 is another solid crew until you realize Tonya is there and could burn the house down at any moment.

As always, you can make your voice heard by voting below:

We broke down these houses along with everything from last night's episode of The Challenge on this week's No Quitters podcast that you can listen to below (subscribe and rate 5 stars on iTunes or Spotify if you want the pod to stick around).