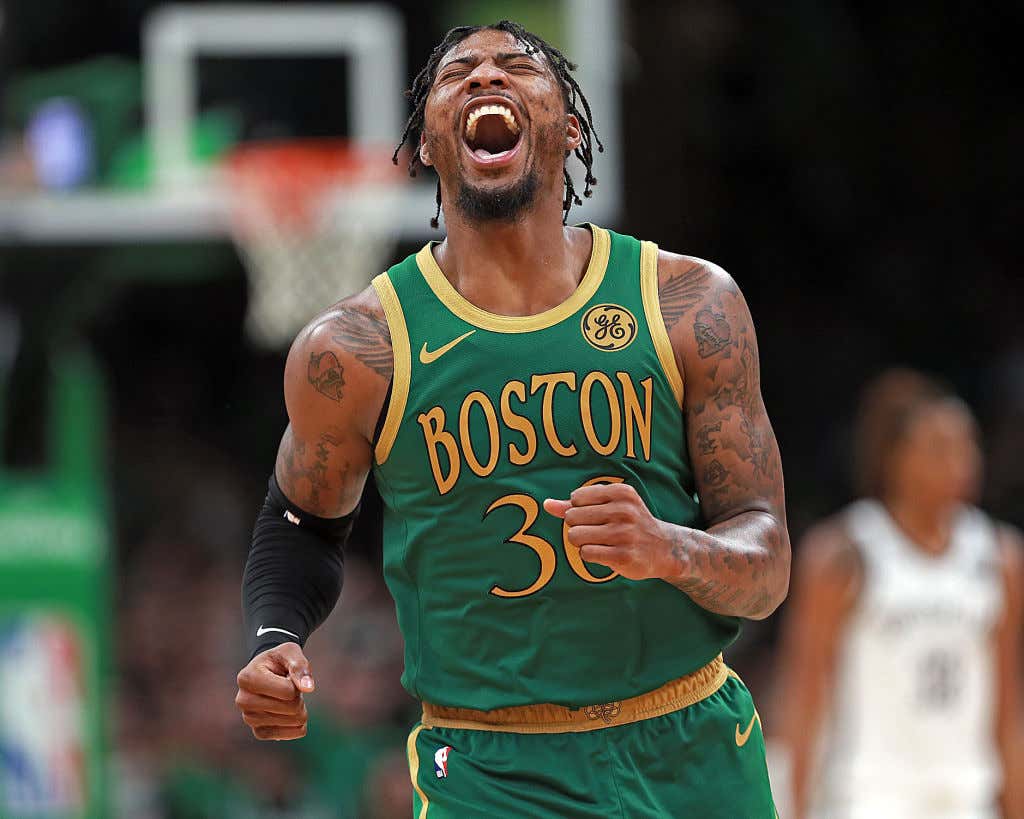 Did you know today is Day 30 without our beloved Celtics? Maybe all the days are blending together for you, but yours truly has been keeping track because I like to cause myself pain and frankly there may be some stoolies out there that need a little pick me up. As any Celtics fan will tell you, one of the fun parts about watching this team play is their knack for giving us some very NSFW Celtics Porn. Now this can be a lot of things which is what makes it so great. Maybe it's some great ball movement where everyone touches the ball before a big time momentum three. Maybe it's Jayson Tatum shaking the shit out of an All NBA defender and either dunking on someone or hitting his patented step back three. Maybe is Marcus Smart doing Marcus Smart things. Admit it, as a fan of this team you read those examples and are experiencing a little tingling in your private parts. That's OK. Who isn't.

Alright, without further ado let's do this

The Best Of Marcus Smart

Safe to say Kemba has about as much pressure as any Celtic coming into the season. Not just from a production expectation standpoint, but he really was tasked with being the savior for this team's chemistry. He needed to be about as anti-Kyrie as it gets while still putting up All Star production. After being on the wrong end of these Kemba moves for so long, boy it is awesome to finally be able to enjoy this shit. So nasty.

Who doesn't love a good And1?

Cleanup on isle Greenie's pants. This is where the quick reload is important because we ain't done.

I don't have the science to back this up, but I am fairly certain that on nights where Hayward goes to his midrange early and he makes his first few attempts, he ends up having a monster night. This is one of the more beautiful parts of Hayward's offensive arsenal and something I am sure as shit is happy is back in our lives. The way he can read a defense and get to his spot with ease, the times where he unleashes a little turnaround from 10-15 ft. Man I'm sweating just thinking about it.

Nothing like a quality Brad ATO. Maybe it's someone's brain that gets you going and Brad unleashing his genius in the form of a good ATO should do the trick.