So, we hit the Pick Four at Tampa yesterday, granted it didn't pay very much, but you still made money on your ticket and had some fun along the way if you played. Today, we have Gulfstream and Oaklawn back in action, so that's where we're going to look this afternoon. Paulie likes the late Pick Five at Gulfstream and I like the late Pick Four at Oaklawn, so let's jump right into it.

Race Six: My top choice here would be the Brad Cox entry (2) River Finn based on his training and previous competition, but this is a tight call. I'm also using the (3), (4) and (8).

Race Eight: Top choice here is the (1) Tuggle because the back class here is the best in the field and you're getting a top pairing of rider David Cohen and trainer Jeremiah Englehart, but this is another race where you need coverage, so use the (3), (4), (5) and (9).

Race Nine: This is where the going gets tough. You can either go real deep here on an expensive ticket or you can single your top choice. I'm going to ride with the single of the (11) Readyformycloseup. There's a lot to like here, starting with Steve Asmussen and Ricardo Santana, Jr. Also this horse is dropping from the Maiden Special Weight ranks to Maiden Claimers. The drop should be enough to get the job done. 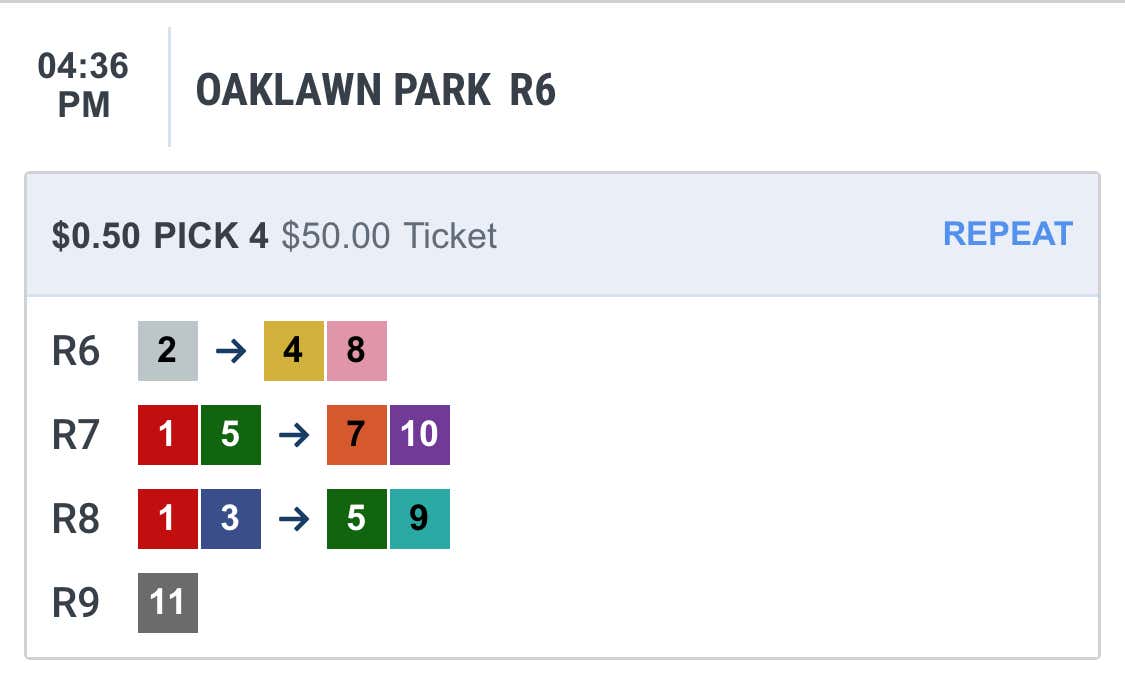