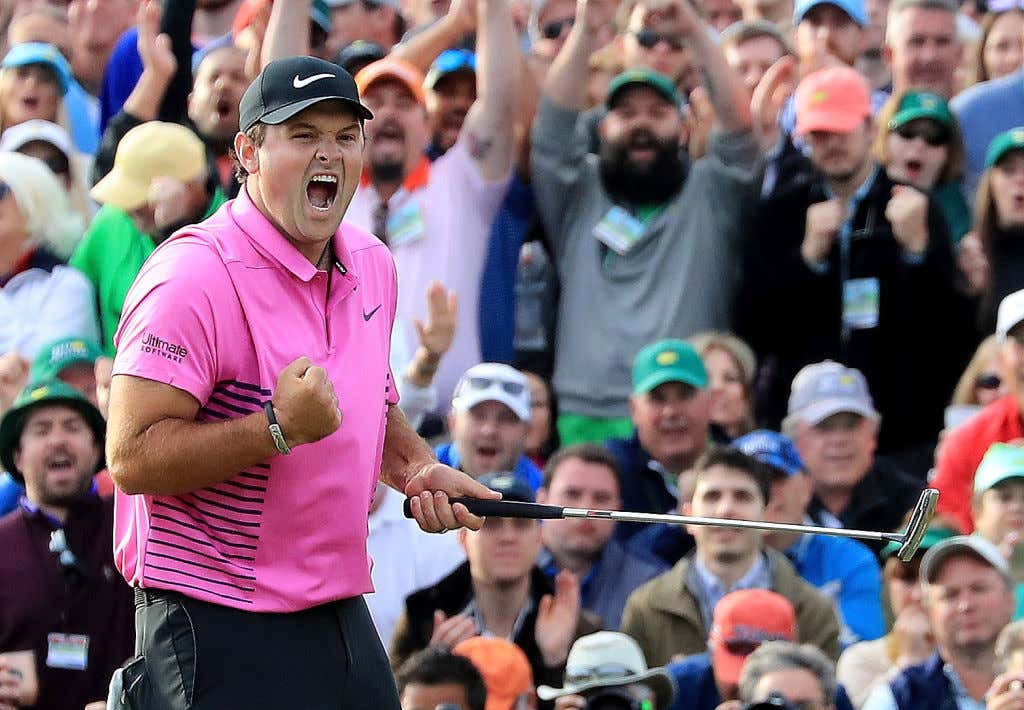 As Nick Faldo quoted Imagine Dragons after Patrick Reed sunk the final put to win the 2018 Masters, we officially became Patrick Reed guys. PFT once said "Imagine Dragons is like Maroon 5, if their balls dropped"  and nothing gets the juices flowing like some Imagine Dragons, which is why Reed listens to the band to get himself pumped up before rounds. Anytime you can make a parallel between a Saturday Night SEC showdown and the Masters, everyone wins.

By the way, this was definitely not a shtick.

As tradition, the winner of the Masters gets to pick the dinner menu for the next year, and Reed's was simply incredible. I cannot imagine what he would have put on it if is was dinner with him and his boys, but I'd assume it would be a smorgasbord of fast food similar to when Clemson visited the White House after their National Championship in 2019. 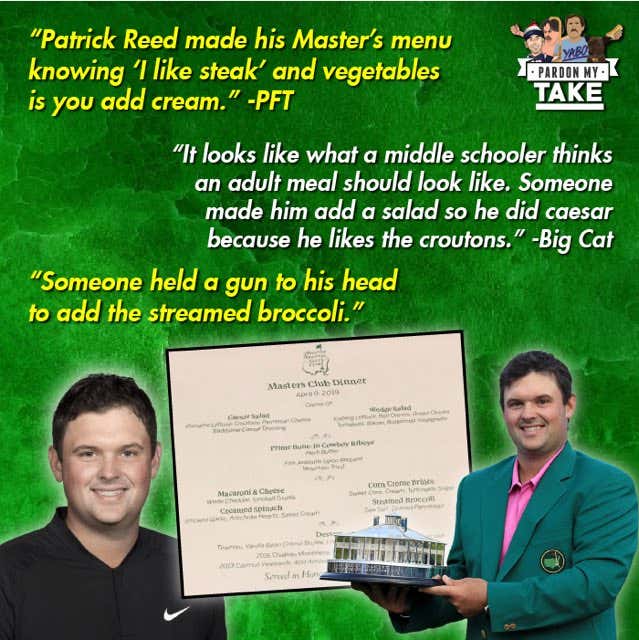