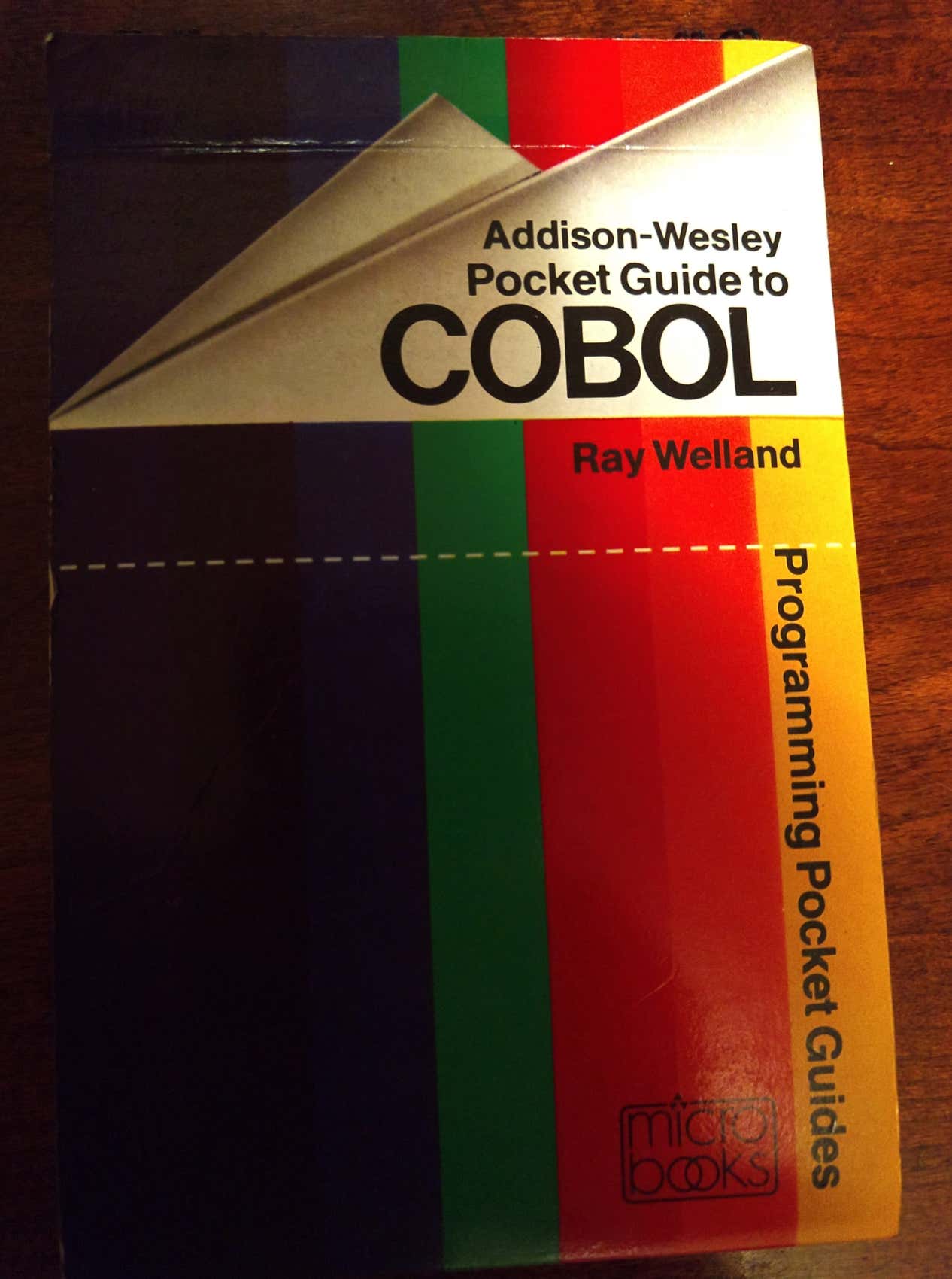 But outside of the nerd aspects of the actual coding, it's easy to appreciate this story just in terms of how our government runs — or, almost all of the time, does not run.

This morning unemployment hit 10%. TEN PERCENT of the country out of a job. It's fucking tragic man. It's horrible to see. I have been grateful for my job here every single morning that I've woken up for the past 11 years, but even more so during this pandemic. To see people get fired or furloughed for literally doing nothing wrong, because of forces completely out of their control, it's fucking terrible.

What makes it a little worse is that the unemployment checks that a whole shitload of people are now depending on are gonna be a litttttllleeeee slow hitting your account. Why? Because the government computers used for unemployment run on a 60 year old code called COBOLT that like, 99% of the people who know how to code it are dead. No not from the virus, from natural causes. Like literal old age.

Over the weekend, New Jersey governor, Phil Murphy, made an unusual public plea during his daily coronavirus briefing: The state was seeking volunteer programmers who know COBOL, a 60-year old programming language that the state’s unemployment benefits system is built on. Like every state across the nation, New Jersey was being flooded with unemployment claims in the wake of the coronavirus pandemic. And New Jersey’s data processing systems were unprepared.

The…I don't know, whatever department handles nerd shit, The Nerd Department, they've been warning people like every year, year after year "umm hey guys friendly reminder that Bruce downstairs — yeah yeah, the guy in the back corner of the basement with the pocket protector and stapler, that Bruce — reminder that he's our last guy that knows COBOL and the doctors say he's got about 2 months left, because he's 130 and people aren't supposed to live this long. Maybe let's consider updating?"

COBOL debuted in 1960 and was largely used on IBM mainframes for business tasks like accounting. IBM continues to sell mainframes compatible with COBOL.

The Government Accountability Office has repeatedly warned about the use of legacy programming languages for critical systems. In 2019, the GAO issued a report summarizing 10 federal computing systems that were in desperate need of an overhaul. For instance, the Department of Education’s system for processing federal student aid applications was implemented in 1973. It takes 18 contractors to maintain the system, and since it’s written in COBOL, it requires specific hardware and is difficult to integrate with newer software languages.

GAO considers COBOL a legacy language, which means agencies have trouble finding staff that knows how to write the code at all. And when they can, the specialist contractors charge a premium.

If you think I'm exaggerating how much COBOL plays a part in 2020 systems, here's a fun number: 220 billion. That's how many lines of COBOL code are in use right now.

This shit is so old that the "start-ups" that deal with it are literally old men. The "Cobol Cowboys" lol.

The scarcity of COBOL programmers has led to increased interest in startups like COBOL Cowboys, made up of older, experienced programmers who have the know-how to operate these systems. Bill Hinshaw, who runs COBOL Cowboys, says that the 60-year old programming language still has some life in it.

This cybersecurity geek kind of sums it up best I think:

With more than 44,000 Covid-19 cases in New Jersey, the last thing the governor should have to worry about are computer systems, Steinberg, the cybersecurity expert, said.

"Governors should not have to think about computer systems during a pandemic," he said, "and we should have systems that if there are emergency situations, should not make the emergencies worse."

And so does the NJ governor:

“There will be lots of postmortems,” after the coronavirus passes, Murphy said in his address to New Jersey. One of them on our list will be, ‘How the heck did we get here where we literally needed COBOL programmers?’”

If you're one of the people who knows it? Man. Good fucking choice in study topic. Enjoy being rich.