There are days where I go on twitter and hate just about everything I see. Not a smile to be had, not even a small smirk. On those days I think to myself "why do I even go on this app?", "why do I waste my time here?"

It's for tweets like these. I knew everyone was gonna shit all over these new Falcons Jerseys.

The Falcons were just minding their own business when *WHAM* the 5-11 Panthers come out of nowhere and eviscerate the Falcons. It's gonna be impossible to unsee the longest yard when I see those jerseys now. Just the way it goes, it's forever etched into the back of my mind. There's just something about team twitter accounts that get my juices flowing. The people who run those accounts are just mostly here for the shits and giggles - and I appreciate that.

Now admittedly they're not the best. It's kind of tough when your red jerseys look like their one of those cheap bootleg china jerseys that'd you see all over the place: 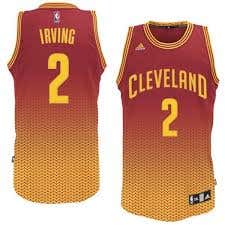 (oddly the only picture of a gradient jersey I could find anywhere, guess no one wants one of these bad boys nowadays)

Funny enough, being the jersey aficionado I was in seventh grade, I actually had a Cam Newton gradient jersey that I thought was the coolest thing in the world circa 2013. Sadly I couldn't find it so you'll just have to use your imagination. However, that was 2013 and this 2020. This is a real-life NFL uniform and that was a $20 jersey that took two months to get here. I guess it's just hard to come up with a design that people are actually gonna like these days.

It also sucks that the XFL and AAF came in a just made modern uniforms right off the bat. Now anytime any NFL team tries to modernize they're uniform they get instantly called an XFL knockoff. I went through it first-hand last year when the Jets unveiled their new uniforms. The Jets released them and got chirped pretty hard on twitter and honestly, those uniforms aren't even that bad. So the writing was kind of on the wall with this one.

It's just tough to get called out by the Panthers. They weren't good last year and one can only imagine they're not gonna be any better this year. I guess it's good for them to get the small victories now whilst they can. Wins are hard to come by in the NFL.