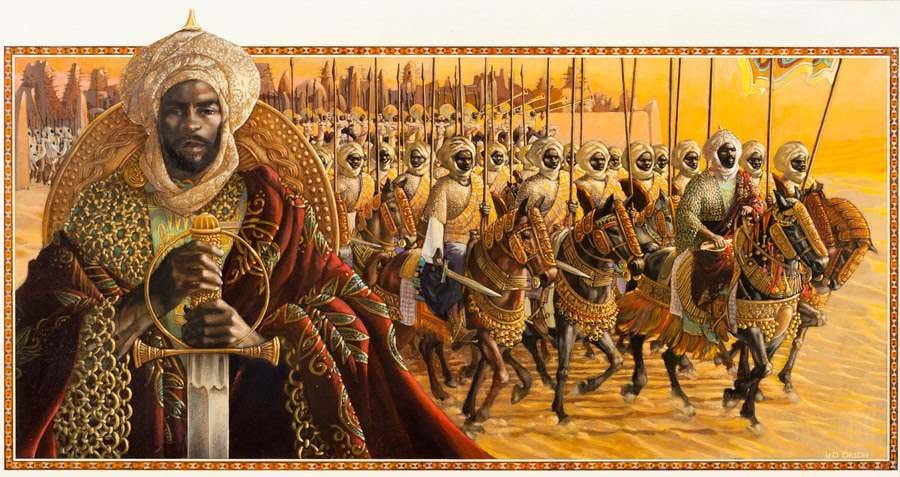 There he is, Mansa Musa, doing king shit. Mansa Musa roughly translates to "King Of Kings" and he was. When adjusting for inflation he becomes the richest person whoever lived. He became the King of Mali in 1312. This was well before European Colonization of Africa and the slave trade. Africa was free to do their thing unimpeded and the Kingdom Of Mali was rolling in resources. Specifically gold and salt. 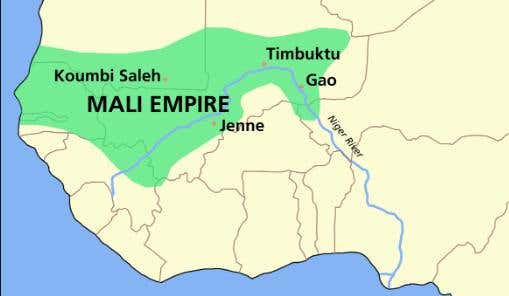 The Kingdom was doing well and the King of Mali decided to go on a pilgrimage and he told Musa to run shit until he came back. Well...it was the 1300s and traveling anywhere was really fucking dangerous. No communication, exposed to elements, rickety boats. It was so dangerous that the real king never came back so Musa just ruled Mali for the rest of his life. He acquired Timbuktu and Gao and that allowed him to dominate trade routes all over Africa during the middle ages. That was huge because people needed Mali's shit. Salt back then was a HUGE deal because it was the best was to preserve food before refridgeration. Salt was so important at that time that you could trade it for it's weight in gold and that is exactly what Musa did. He amassed so much gold that he was worth an estimated $400 BILLION in today's money. That is more than even John Rockefeller who topped out at a measly $336B and way more than Bezos who has around $120B.

Nobody really knew about Musa though because, well, he was in Africa. It wasn't until he took his own pilgrimage to Mecca that people learned about him internationally. He wasn't going to make the same mistakes as the King before him. Nope. He was going to travel in style. The legend says that he traveled across Africa to Cairo and then on to Mecca with an entourage of 60,000 people, thousands of animals, and they would literally throw gold at people on the streets along the way. They brought so much gold with them that it fucked up the world's economy for a while because he alone increased the amount of gold in circulation by giving so much away. Darren Rovell is not impressed, but I am. He was a real life Prince Ali fabulous he ali ababba

Musa died in 1337 after ruling for 25 years and he just continued to give his money away. He built so many mosques across Africa that the legend is that he constructed one every single Friday. Just an unbelievable amount of wealth and he is never talked about. That's all I've got on this guy. Have a good day.