If you're not familiar with Jim Nagy, allow me to introduce you. Last year he was named Executive Director of the Senior Bowl, the foremost venue for scouting college players in all of tackle football. Before that, he had a long and successful 18 year career as one of the anonymous but indispensable members of every winning NFL franchise, the college scout.

I use the sentence enhancer "successful" to describe Nagy because in those 18 years, the teams he worked for went to six Super Bowls and won four of them, including the 1996 Packers, the Patriots in 2003 and '04, and the 2013 Seahawks. So it's fair to assume the man knows his stopwatch from his ass. And right now, I need his assessment of Jarrett Stidham, the presumptive starting quarterback for his former employer, injected into my veins.

--When asked by the interviewer about Stidham's final year at Auburn, "playing behind the worst offensive line I've probably ever seen in big time college football," Nagy agrees that he went into that season believing Stidham would be a first round pick and is impressed with his natural talent. "Jarrett looks like he came out of the womb throwing a football," he says. "It's just so effortless for him. He's an elite thrower. Absolutely an elite thrower."

--Nagy discusses Stidham's junior year at Auburn, when he took a step back in production due to significant amounts of coaching turmoil in a positive light. "You look at the bowl game (the 2018 Music City Bowl) when [head coach] Gus Malzahn took over the play calling duty and they set the all time bowl record in the first half against Purdue," he says. "Scoring 56 points in one half. I think that's what Jarrett would've done all season. Not to that level, obviously. Not to that extreme. But I think that offense would've looked a lot different if Gus had been calling the plays all season."

--So you know, in the bowl Nagy is referring to, Stidham's offense scored 28 points in each of the first two quarters. He threw five touchdowns, including tosses of 66, 74, 52 and 34 yards, with 373 passing yards total. On only 21 attempts. And don't try to minimize that based on the competition, because Jim Nagy won't hear of it. "I've had people try to shoot that down and say, 'Well, that was just Purdue,'" he adds. "That was the same Purdue defense that made Dwayne Haskins look like an undraftable player." Touche.

--Nagy's impression of Stidham when he first met him in Mobile: "We had him at the Senior Bowl. He's an extremely mature young man. Extremely bright. Loves football. Is around it all the time."

--Nagy's impression a year after Stidham was drafted: "I think last year in New England was great for him. He got to spend a year with Tom Brady and an offseason with Brian Hoyer. ... So he was groomed the right way. .. I twas nice he was able to sit that year and didn't have the pressure of playing right away."

--Nagy's impression of his future: "I think the way he throws the football and his mind and his work ethic, I think he's the successor to Tom Brady."

--And the money shot, "I think Jarrett Stidham is the future of that position in New England."

Thank you, Jim Nagy. I need to hear this more from a man in his position than I need to hear New England IPAs will kill Covid-19. Let the Studham Era begin already. 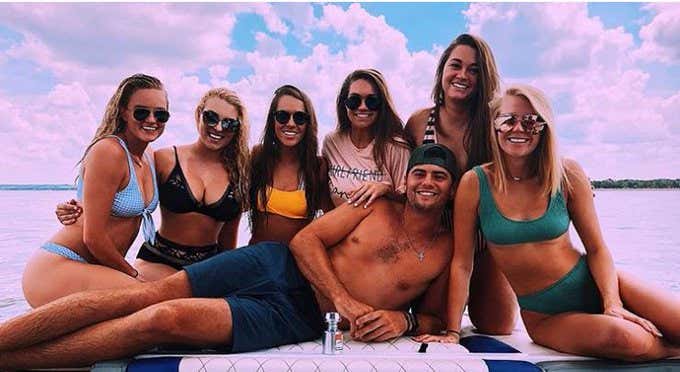