Yesterday evening, after getting done with virtual church and brewing a batch of ginger tea for my elderly neighbor with severe, late stage dementia, I calmly opened my Twitter app only to be bombarded with a sleuth of hooligans pestering me to address a certain video from a certain teen boy. 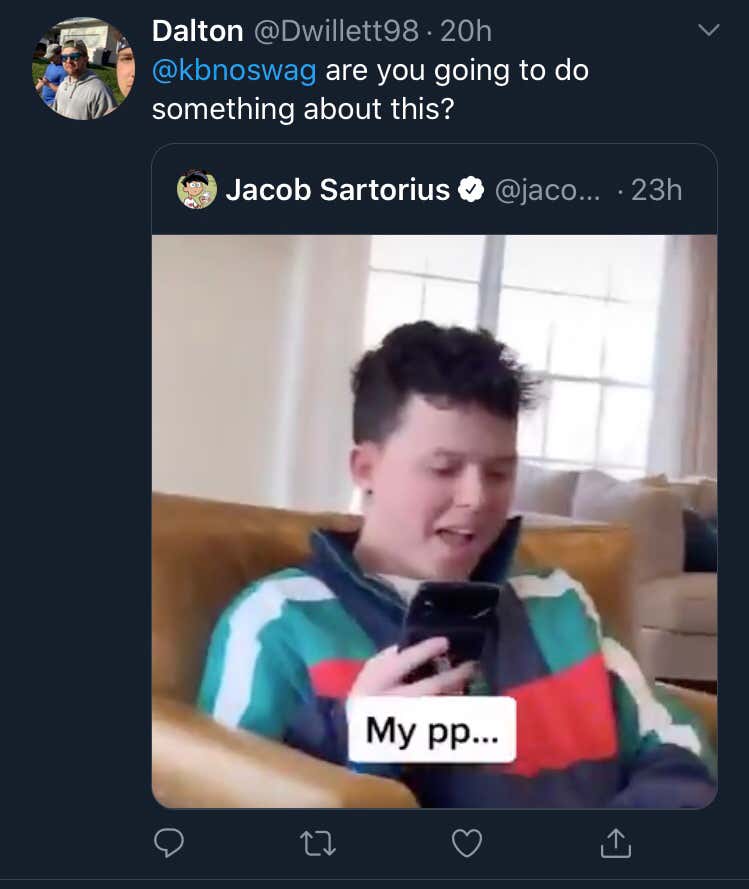 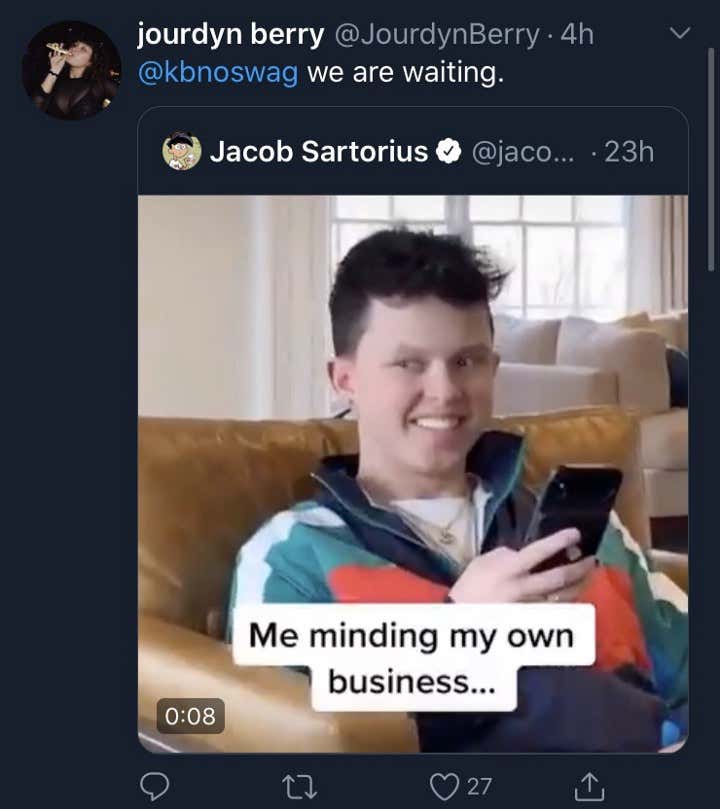 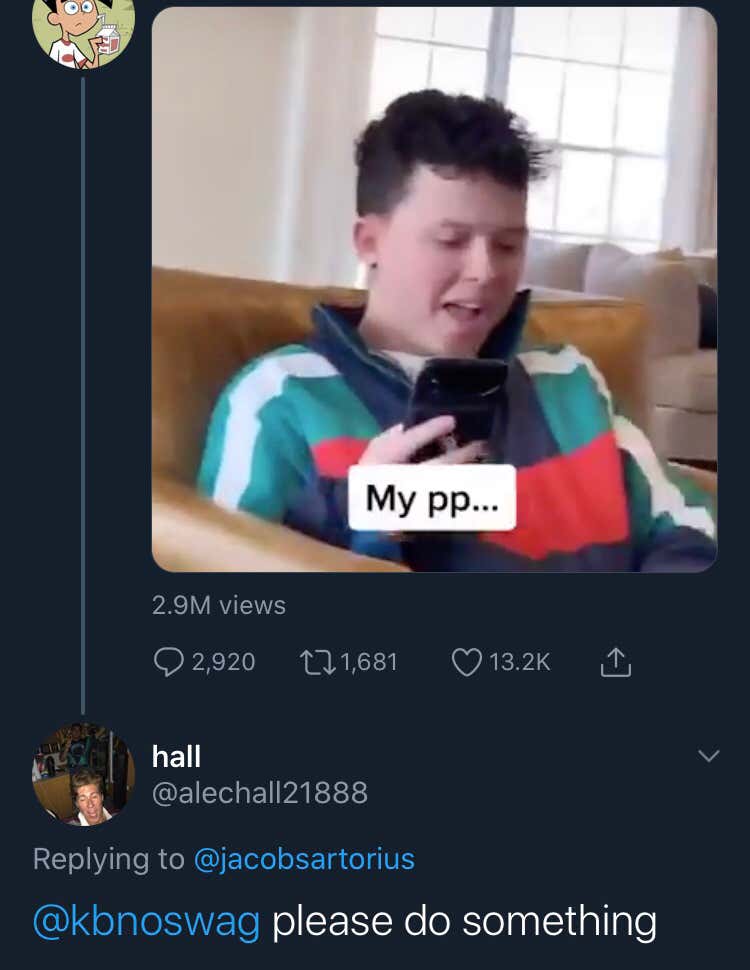 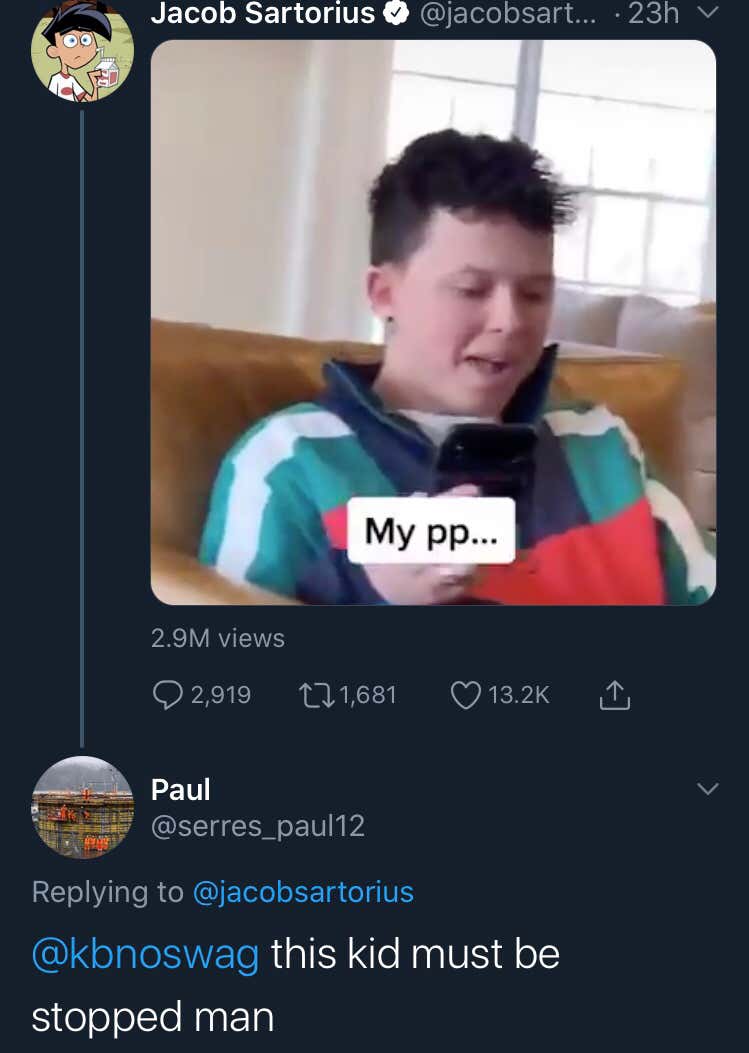 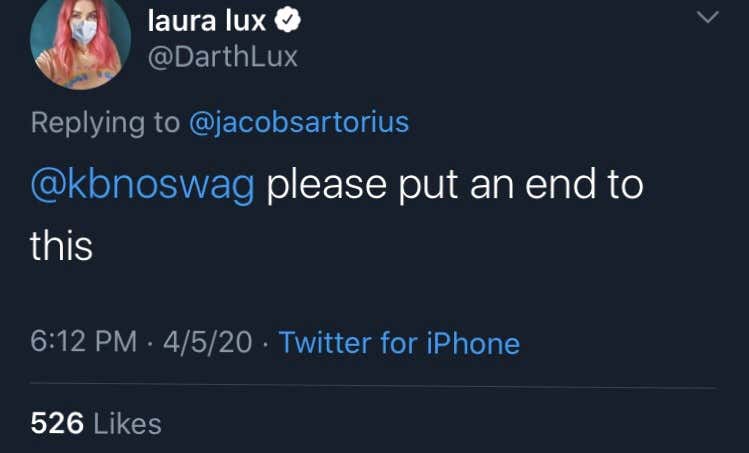 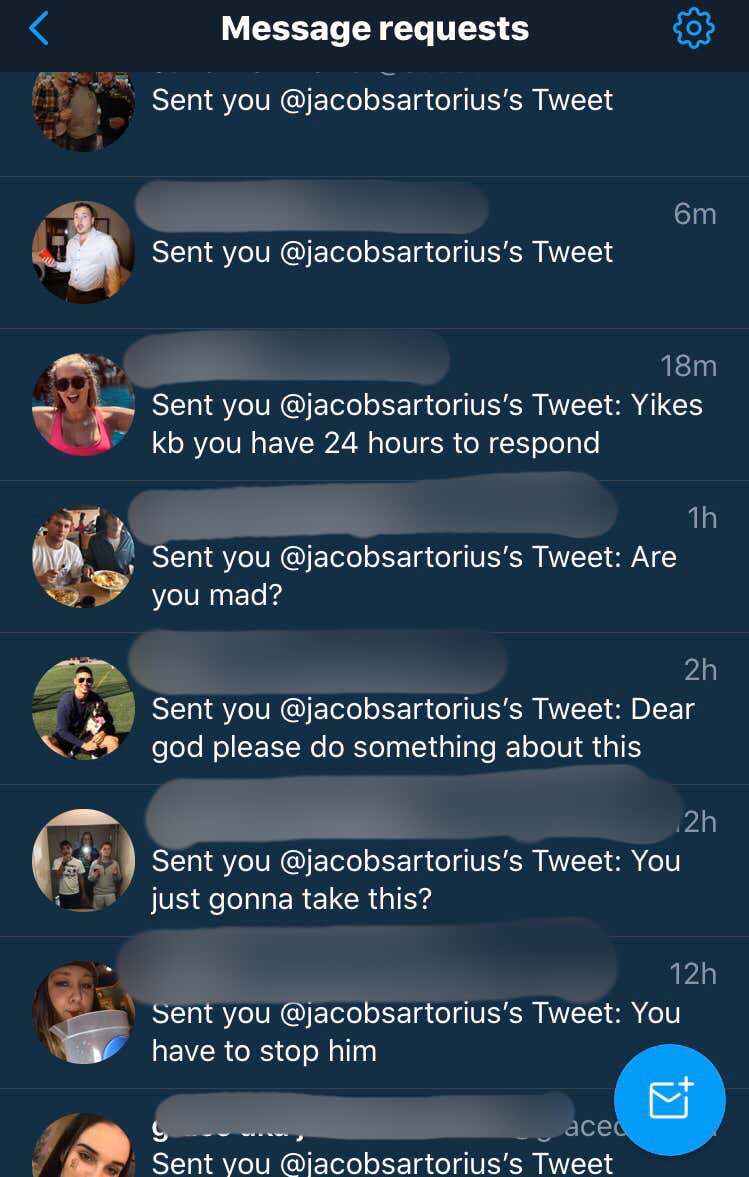 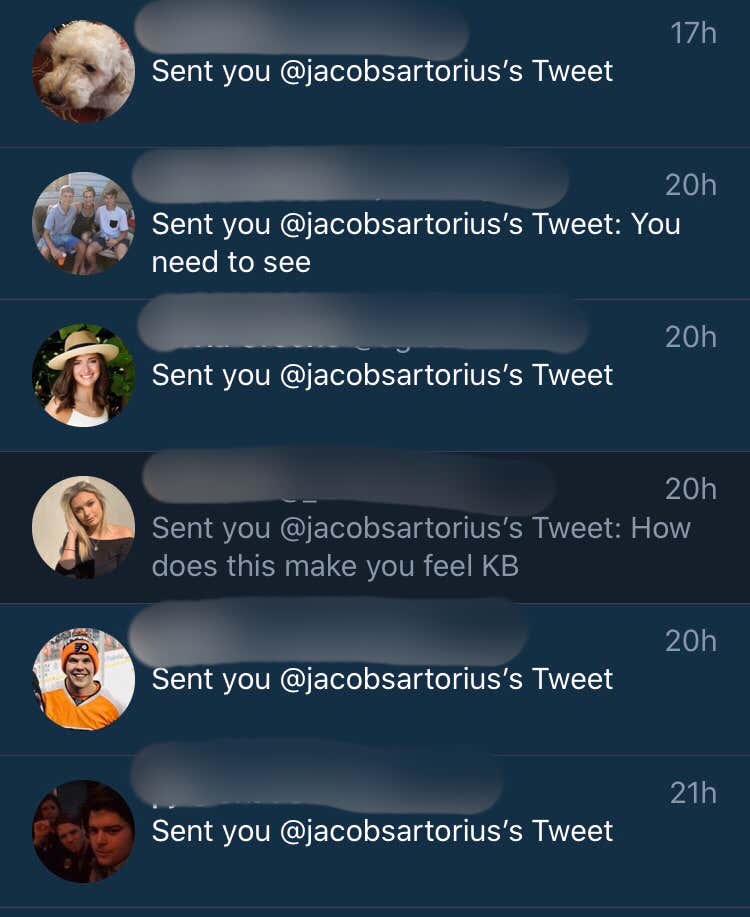 What did I do to deserve such unprovoked harassment and childish peer pressure? What did I possibly do for so many people to ignorantly expect me to go out of my way to heckle and torment a child who’s nearly a decade my junior? Were these selfish trolls just trying to stir a nonexistent pot? A casual follower would probably assume I’ve been consistently provoking this kiddo and milking his youthful flaws for content since the Kony administration. And that’s because I absolutely have been doing exactly that. And to be quite honest, I’ve yet to hear one good reason why I should stop any time soon. 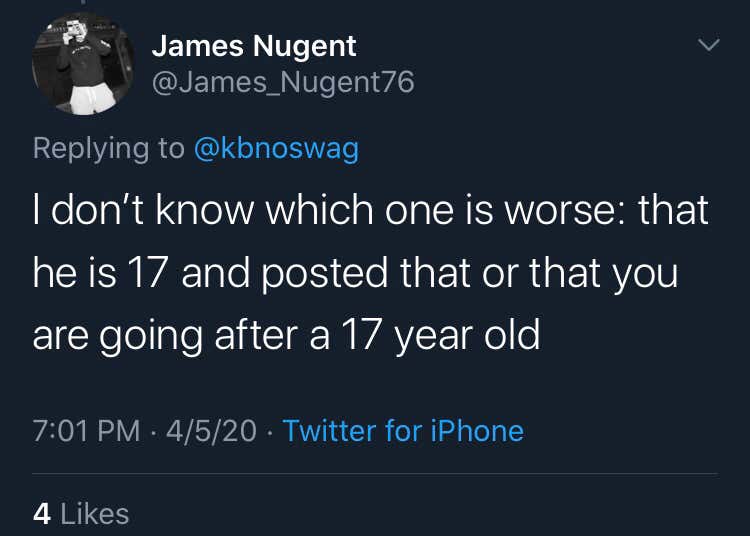 Do 17-year-old boys suddenly deserve some type of immunity when it comes to backlash from their grown adult nemeses? He's old enough to get hammered while partying at Oktoberfest and slaughtered while watching an R-rated movie, but he's not yet mature enough to receive a little constructive criticism from a fellow internet user like myself? From little, old me? Why should I feel the need to refrain from critiquing a boy who’s almost old enough to go to war and almost young enough to go to Dan Schneider’s house parties? The fact of the matter is that we’re both just doing our jobs, and the twist here is that I’m actually kind of impressed by his performance for once.

Not by anything in the video itself — that was an unwatchable monstrosity of modern media. But the mere fact that he was even able to bring it into exist deserves some type of recognition. Take a second and imagine the spine-tingling conversations that took place immediately before and immediately after that home movie was created. How powerful of a pitch did Jacob deliver to his mother and father to convince them to co-star in a video about their teen son’s boy boner? Did the inevitability that it would be seen by millions of people, most of whom are children, persuade them more or less to star in such a bizarre production? A truly haunting thought, even for a weathered mind like my own. Did this master of manipulation and savant of savviness use deception or bribery to get his sister to take part in such a film? Or was the role of a tertiary character in a taboo TikTok about her superstar brother’s burgeoning penis enough of an incentive for her?

Who, and I’m asking this with the curiosity of a thousand cats, was tasked with filming this motion picture? Would I be wrong in assuming it was also a close relative? Was this person explicitly instructed to zoom in on certain areas of his boy body during certain scenes that were pivotal to the one and only plot point? 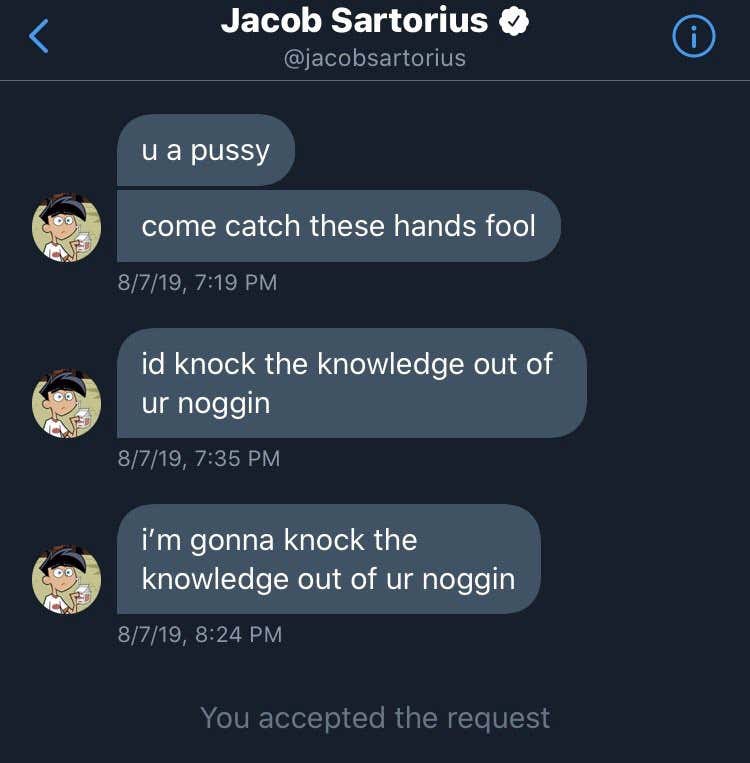 Were his parents also complicit in these violent threats to me? Have they been the true villains all along? Should I ease up on young Jacob and instead focus my battle tactics on his creators? I think that might be where I'm at…