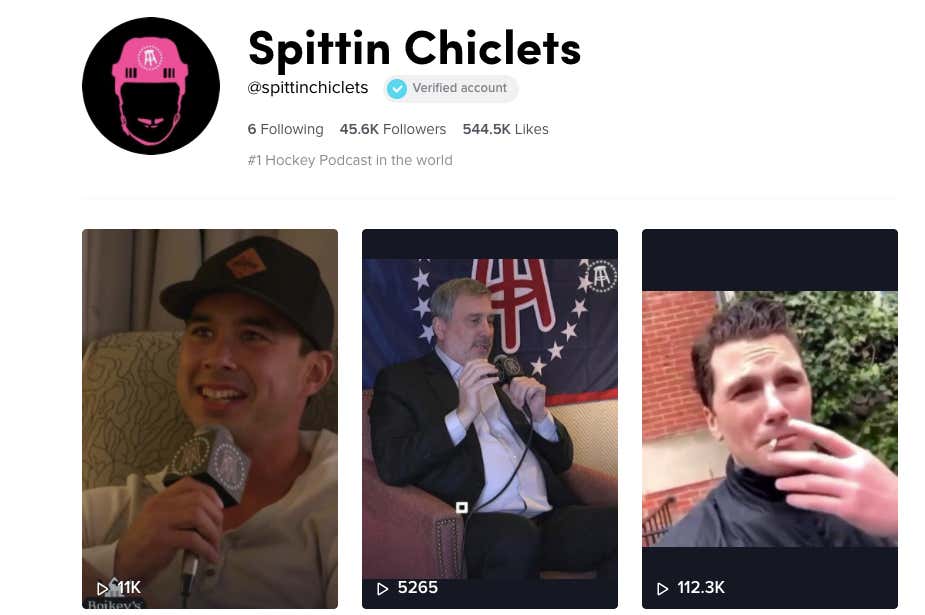 TikTok isn't all about who can renegade or hit the woah the best. It's the new vine in so many ways. It's a place where you can post short, funny content with virtually no following and you can get millions of views in a matter of minutes. So, if you're like me and a fan of hockey and new to the app, you're probably wondering who you should follow. I mean, what the fuck else are you going to do right now? It's Saturday Night and you have already watched your favorite movie 3 times and can't keep watching The Office or The Tiger King over and over. You might as well jump on the TikTok train because people are pumping out some hilarious content. So here are some of the best hockey accounts I have come across during my time on the app.

If i'm not mistaken, Nasher is the like Sidney Crosby of NHL video games. He is a legend of the game and an absolute beauty. He came by the office and worked a few of us so bad we had to call our aunts. Lets put it this way, Nasher is so good at creating content, the best hockey equipment company on the planet (Bauer) sponsored him.

It's only a matter of time before Kevin Bieksa becomes one of the biggest names in hockey media. The former NHL dman is slowly becoming a content machine, with his new podcast with Ryan Kesler, his TV hits, and of course, his fantastic TikTok page. Bieksa gets it, plain and simple. He see's the way the media is trending so he is jumping on the bandwagon before he gets left behind and he is succeeding in every aspect of the app.

If you follow Spittin' Chiclets social you probably know comedian Rick Rowley, I have been posting his stuff for a year or two now. He is a hockey comedian from Canada who is one of the funniest people on the internet. Granted, his humor is slated for people like me and a lot of the chiclets fans who love hockey, but his stuff is legitimately hilarious. He reminds me a lot of Barstool Carl from Chicago, who is undeniably hilarious. He is going to be a star some day, it's just a matter of time.

Well fuck, it's good to see some current NHL players on the app putting out good content. Brendan Gallagher of the Montreal Canadiens comes in at #2 because he is one of the only players in the NHL putting out funny content on the app. I have said this for years on the site, hockeys biggest problem is growing the game. Doing things like posting funny videos to TikTok may seem lame but it definietly helps grow the game. It gets eyes on people like Gally who wouldn't normally come across his page.

TikTok isn't all about who can hit the woah the best. It's the new vine in many ways. You can post con

No one posts better hockey content than Spittin' Chiclets, it's as easy as that, and that includes TikTok. From Biz singing Justin Bieber to Ovi rap videos in Russian. We have it all.