Drake's whole house looks like a damn grand piano. He has a room with a swimming pool in it that might be an optical illusion exhibit from the fair. His windows are taller than streetlights. The next episode of "Dangerous Jobs" is probably going to be with the dude who hung his curtains. I'm not easily astounded but here we are.

On another note, "Drake is trash" was trending on Twitter this morning so let me briefly say something about the people who hate Drake. The only reason to hate Drake is because he had sex with your wife. If I had to estimate I would say that Drake has probably had sex with around two to four thousand people's wives. There is a high school basketball stadium full of men who's wives have been sexed by Drake. If you are not one of these men and you hate Drake, you are stealing valor.

Like it or not this song is going to be on radio until coronavirus is in a time capsule. It might end up being the song that defines our generation. Who knows? It's impossible to say. My first reaction is that it's only okay but I'm also a well-known idiot. A song that tells you what dance moves to do isn't really about if you like it, it's about not being the person on the sidelines watching everyone else have fun when it comes on because you're too scared to dance. It really flips the tables on you. It's a lot of pressure honestly.

My boy Drake is not my boy but if he was I'd sure be proud. 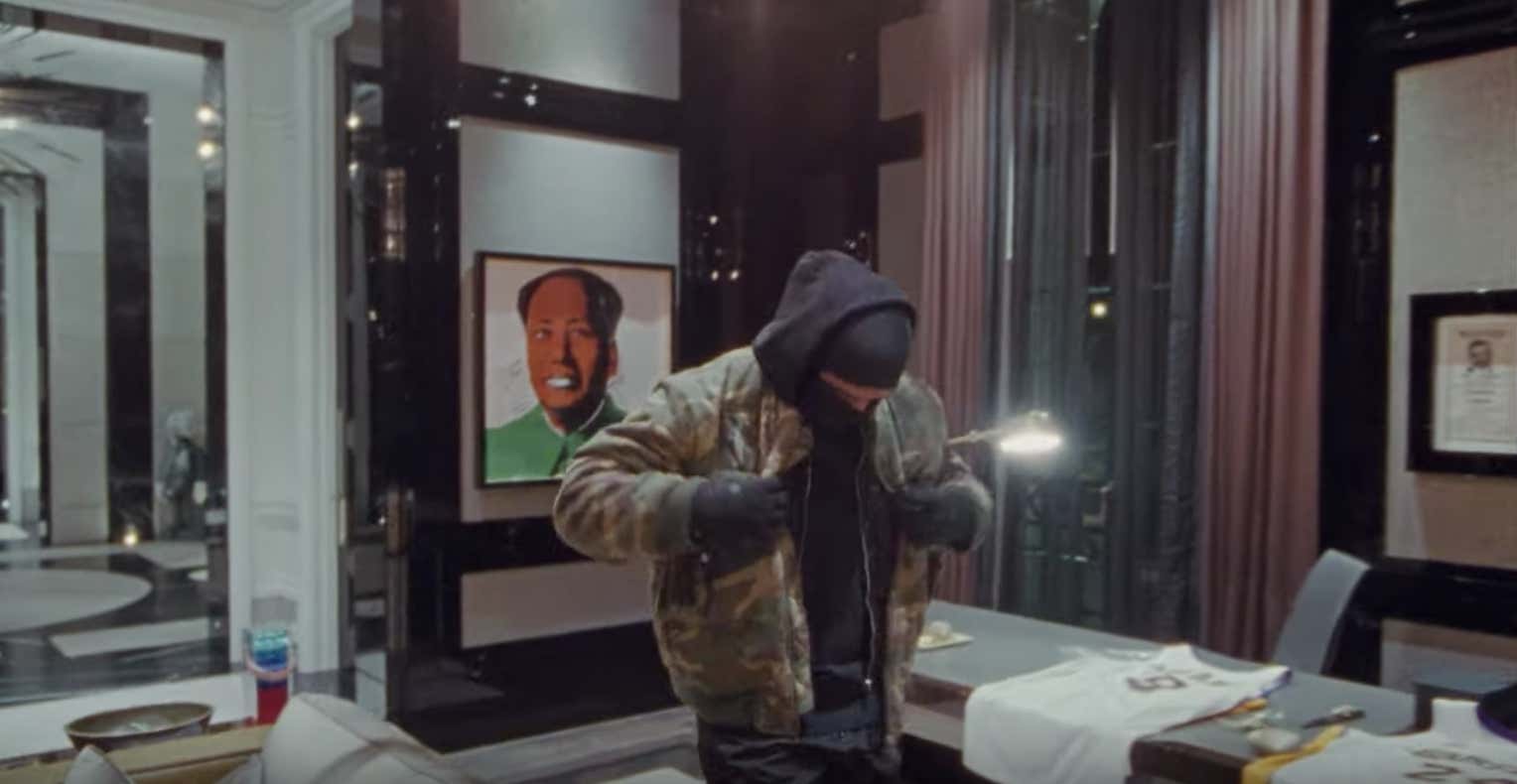 Also I need to find out who this dude on the wall is. This is opening myself up for criticism because it shows my ignorance but that's my redeeming quality. I'm going to let you guys know that I know that you know that I don't know everything including who this is. Is it a Chinese leader? Let me know in the comments.