Finishing Tiger King can be a bitter sweet experience. On the one hand you just watched the best god dammed docuseries ever made. A documentary that checks all the boxes... big cats, meth, murder, arson, polygamy, a faux eastern religion sex-cult creeper... everything.

On the other hand there are unlimited days of quarantine ahead and you rushed through Tiger King like it was your first sexual experience.

Well, luckily there is a whole other 90 minute Joe Exotic documentary streaming for free right now on Youtube. It's called The Life Exotic and it mostly sucks. There isn't any meth or murders and it doesn't even have one suicide... but there IS a healthy dose of Joe Exotic being a lovable piece of shit in the way that only he can be.

Seriously though, it does kind of suck so don't sit through the whole thing. I timestamped the parts worth watching below.

14:57 - Joe x John x Travis' Group Wedding Day:
This sequence is no less bizarre than the wedding scene in in The Deer Hunter. 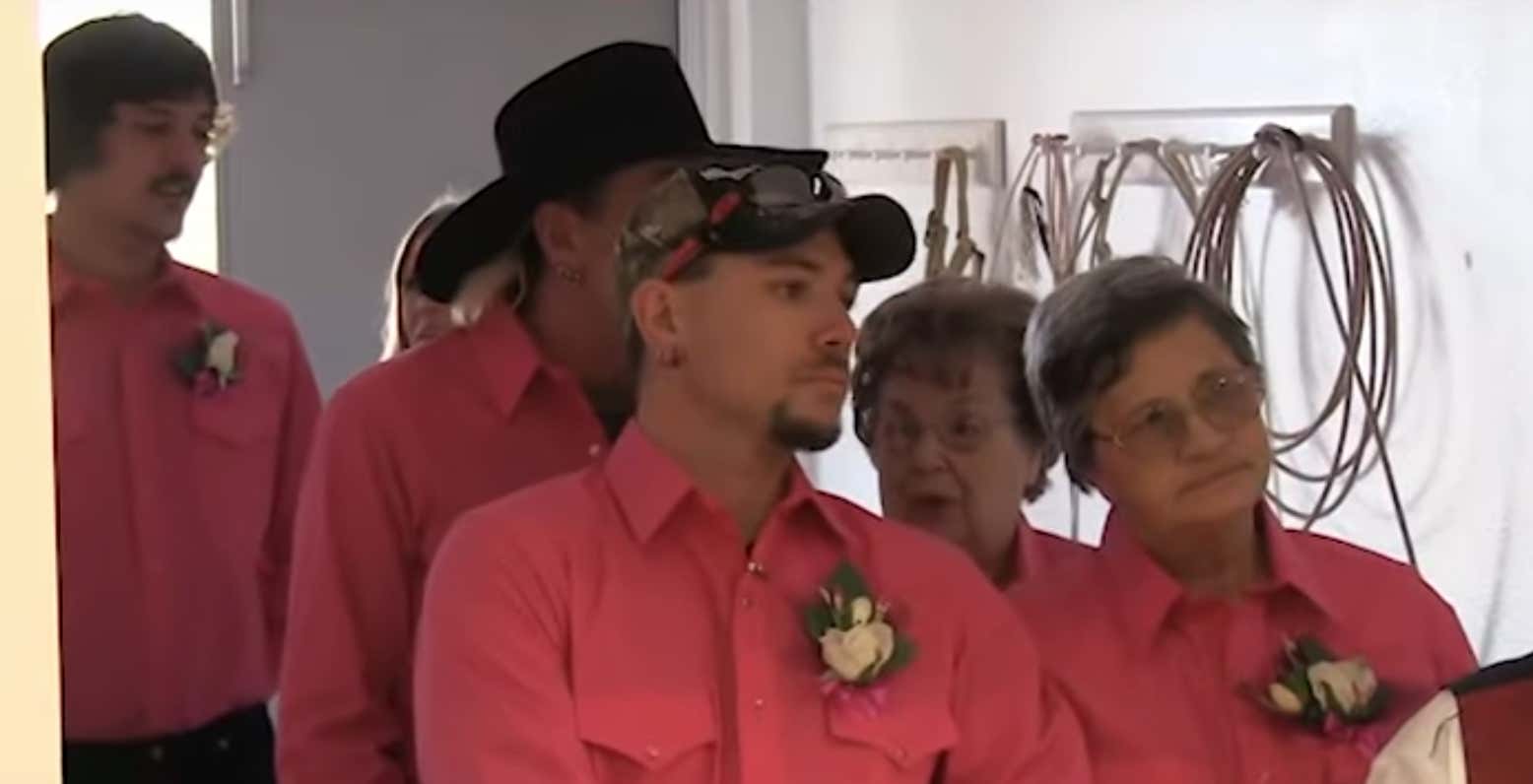 Also, Travis is escorted down the aisle by an unnamed a surprisingly attractive mystery woman. Maybe it's his sister? Either way, 100% chance Travis was banging her. 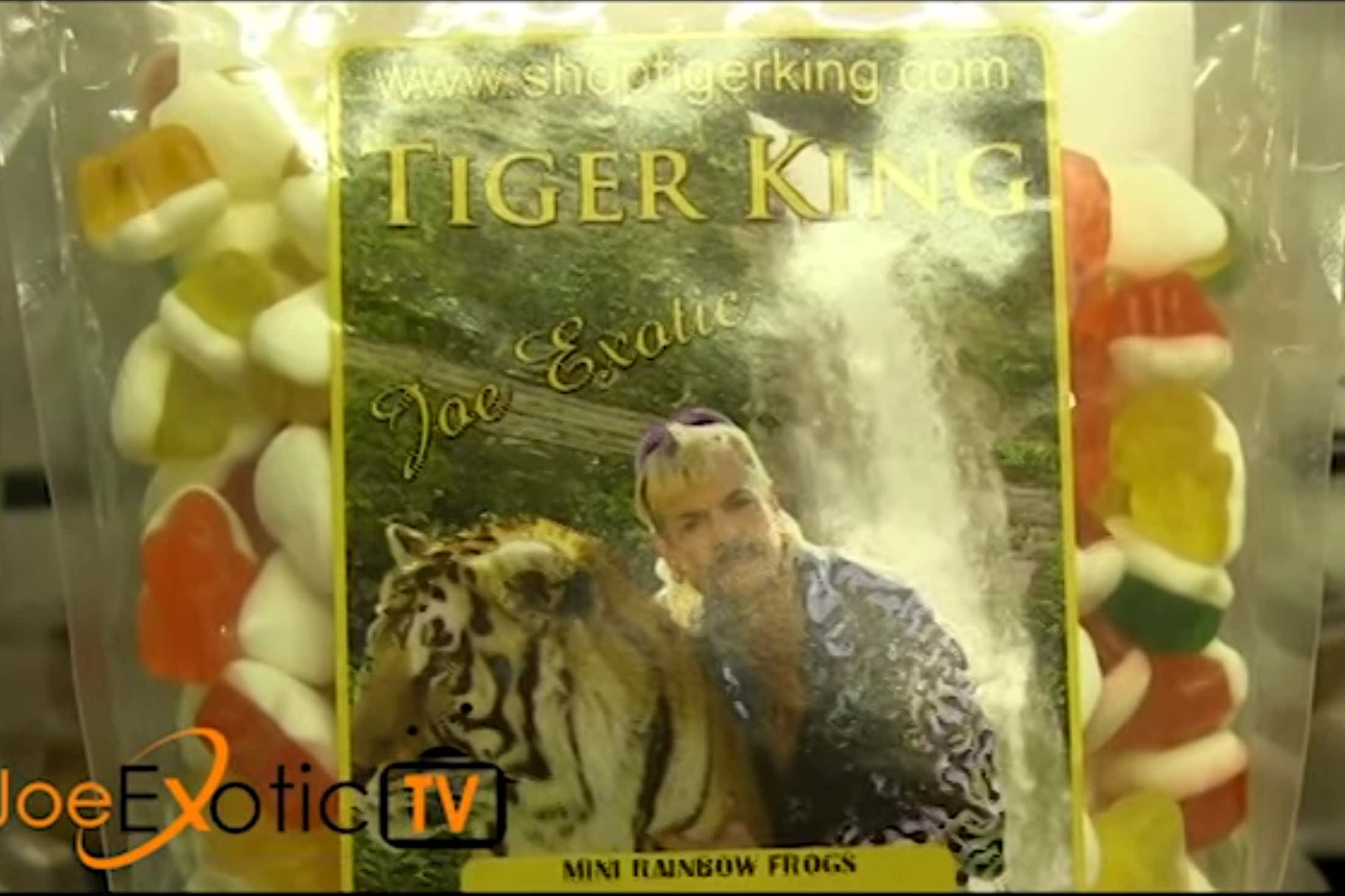 If you're into watching a half drunk Joe Exotic slowly walk at a camera while slurring his way through the 50 different types of taffies and amish candies that he offers on his now the now defunct website (ShopTigerKing.com) - this sequence is for you.

BTW I put in an offer this morning to buy ShopTigerKing.com... will keep you posted.

This exceptionally poorly edited sequence seems to be the sizzle reel that Joe and poor Rick Kirkham put together in an attempt to get a reality TV show deal. Joe subtly communicated that he would be good on TV by filming an actual TV with him on it.

After watching this part it became painfully obvious that there was no fucking way Joe was going to get his reality show, arson or not. He was just too raw for primetime.

Fun fact about Joe's producer Rick Kirkham: He said he once interviewed President George H. W. Bush while high on crack; the subject was drug abuse. Talk about commitment. 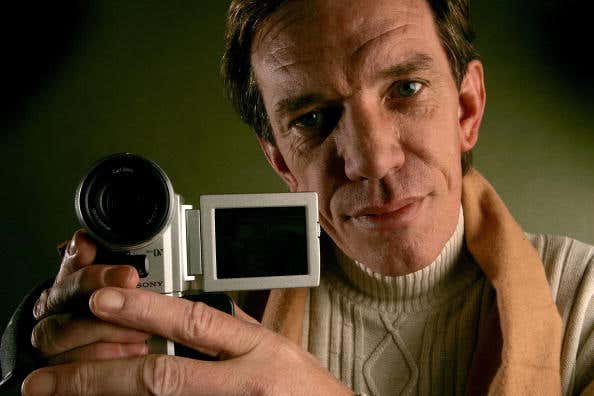 Also what the fuck is happening at the 11 second mark in this clip??

Pretty much the only completely likable character in Tiger King is Saff. She is the zoo worker who lost her arm to a tiger but isn't even mad about it because "Tigers are Tigers." In TK Joe compassionately exclaims "I will never recover from this financially" when he hears the news that one of his employees lost an appendage at his park.

When the zoo gets a visit from a federal agent investigating the incident Joe toes pretty much the same line as he repeatedly throws one-armed-Saff under the bus in an effort to deflect blame and shield himself from getting sued/ having to buy Saff a new arm.

"Everyone scrutinized me telling me I should have fired her…" 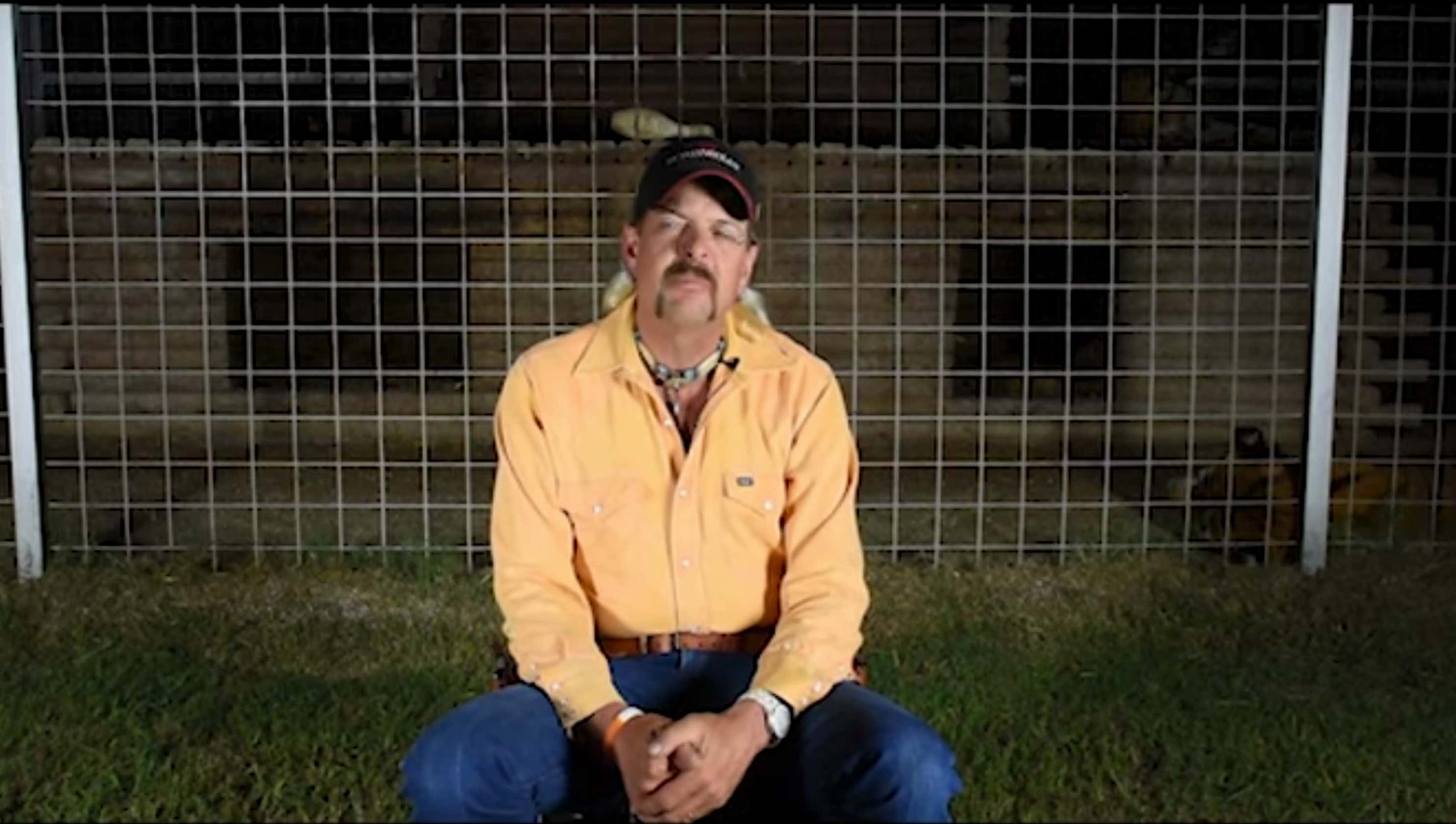 Joe spends about 3 minutes cry and talking about how much pressure and danger is involved in running a zoo. He then throws out an example of a family of five being eaten by by a tiger on his property in a way that makes it seem like a family of five had in-fact been eaten at the park…?

People don't set back and look at the big picture of.. it's a hell of a responsibility. To have a family of five people get killed at your place, you know?

He then goes on to ramble for two more minutes about how hard he has it and how the Saff incident effected him, while masterfully ignoring that his employee is now a permanent amputee.

Just like when Saff lost her arm that day… everybody quit and went on and got a new life… and Joe had to be on every live news station in the world mopping up the mess and explaining why someone broke a protocol and stuck her arm in a cage.

I've done nothing wrong, absolutely nothing, but i'm the one that has that black cloud over me the rest of my life.