Remember this scene from a few days ago when New Yorkers were thrilled & relieved to see the USNS Comfort arriving to assist fellow residents? So much so that they forgot the whole "that-virus-is-contagious" thing?

Remember all those arial shots with the Empire State Building and Lady Liberty in the background giving off a patriotic feel of hope? A floating Savior pulling into the docks at our darkest hour?

It was THEE talk of the town. And it looks like word must have really gotten out around here because it's already impossible to get into after only a couple days. Not that it's full or anything, it's just super exclusive.

And yes, for all those ready to go ham & shipsplain me in the comments, I understand the ship's purpose was never to take on COVID patients. (We've talked about this at length on ZBT. I'm aware, I promise!)

Instead it was smartly meant to ease the burden on overwhelmed hospitals by taking on other illnesses & injuries happening across the boroughs… But somehow in a city of around 8.6M there are only :: checks notes :: three patients on board, and leaders of local hospitals are annoyed AF to put it lightly.

On Thursday, though, the huge white vessel, which officials had promised would bring succor to a city on the brink, sat mostly empty, infuriating local hospital executives. The ship’s 1,000 beds are largely unused, its 1,200-member crew mostly idle.

Only three patients had been transferred to the ship, officials said, even as New York hospitals struggled to find space for the thousands infected with the coronavirus. Another Navy hospital ship, the U.S.N.S. Mercy, docked in Los Angeles, has had a total of 15 patients, officials said.

And Dowling is understandably stressed…

His facilities now house 2,800 so-called Covid patients, up from 100 on March 20, he said. About 25 percent of those are in serious conditions in intensive care units.

What the hell? Why? Who is the bouncer on this ship? 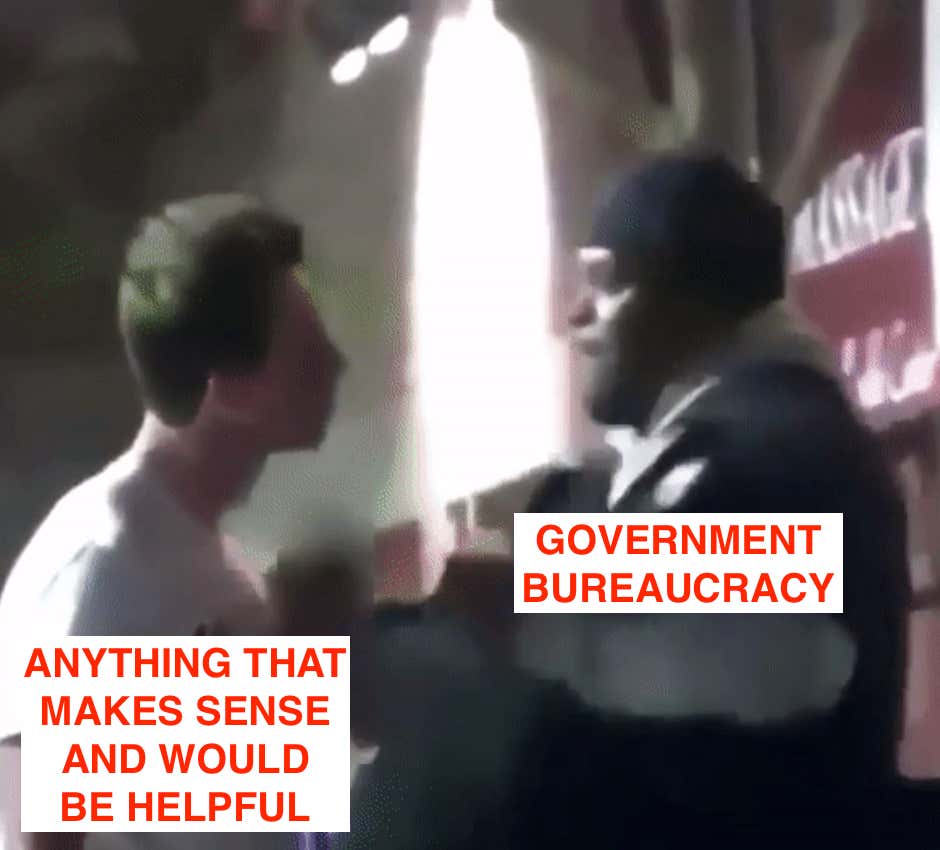 Sorry Common Sense, not even your dad being a lawyer could help you navigate the red tape on this one.

A tangle of military protocols and bureaucratic hurdles has prevented the Comfort from accepting many patients at all.

On top of its strict rules preventing people infected with the virus from coming on board, the Navy is also refusing to treat a host of other conditions. Guidelines disseminated to hospitals included a list of 49 medical conditions that would exclude a patient from admittance to the ship.

Right now any patients have to go to a hospital first, then get tested for COVID, then given 'lengthy evaluations' and then put back in the ambulance & sent to the ship. And with the city brought to a halt & little to no activity, there's way fewer non-virus cases happening…. and so the ship sits empty while the struggles of local hospitals continue to escalate.

I understand wanting to keep virus-positive patients off the ship, but the Commanding Officer of the ship said it could be adjusted to accept those patients if needed. These city hospitals don't have to be as swamped right now.

On the good side though, the Javits Center's 2,500 temporary hospital beds (also being operated by the military) has now been opened to COVID patients and will certainly provide some relief.

Unfortunately I fear that won't be enough as the city hit at least 51,000 infected today and over 1,370 dead by this afternoon. (Ol buzzkill Kate here to keep this Thursday going in a positive direction.) But I also trust (hope??) that those in charge will wake up and do what needs to be done to put all these resources just rocking quietly on the Hudson to use.

…That or we just need Stefon to give us an update on how to get in there.

Whatever the case I'm thinking of everyone putting themselves on the line in essential jobs to keep the rest of us afloat.