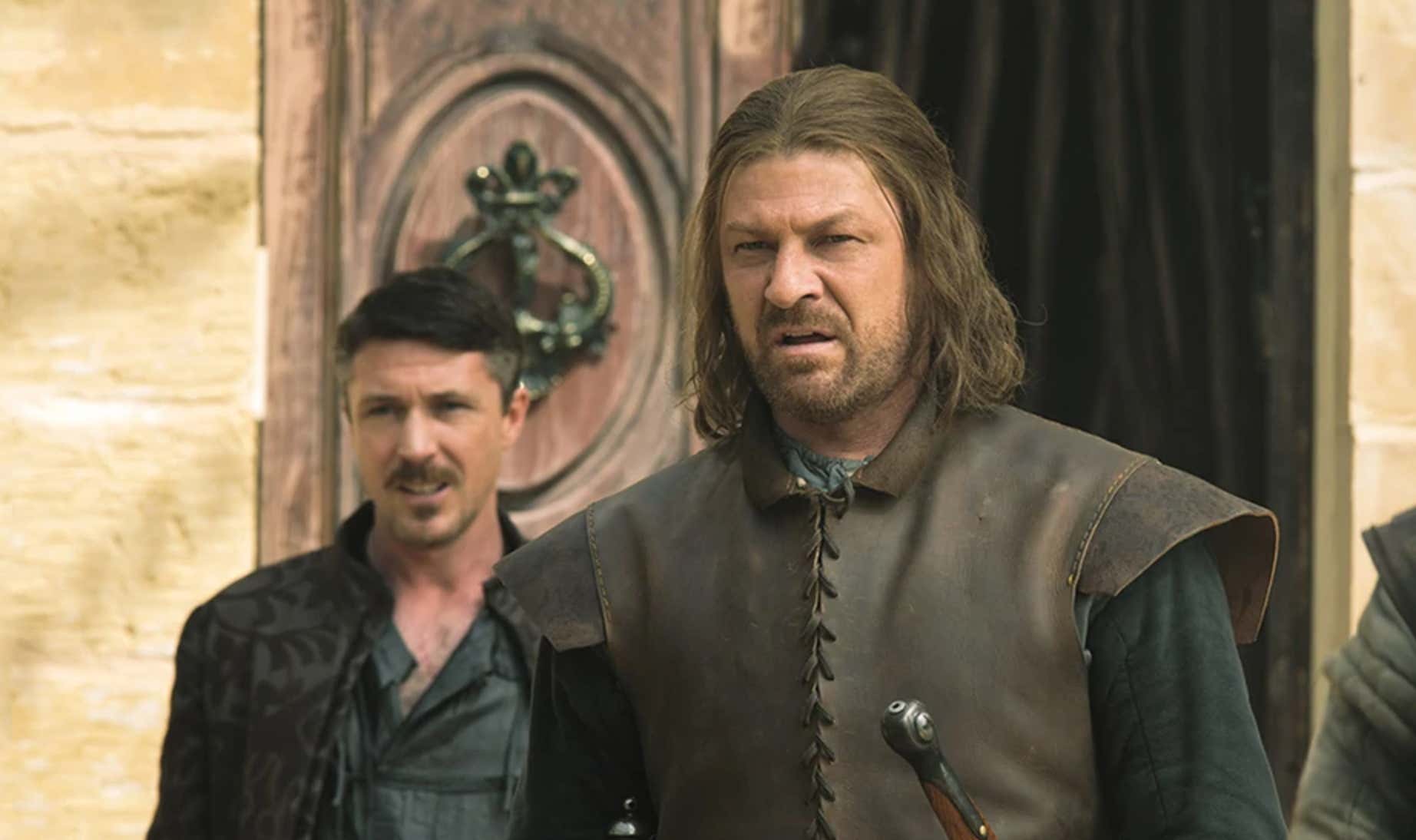 Old blogging trick there to get you to click on this artcle. Game Of Thrones predicted alot of things correctly: Hillary Clinton becoming President, the Santa Anita horsetrack disasters, a guy in a wheelchair overcoming incest to make it into a positon of power no offense to FDR. But COVID-19 probably isnt one of them.

However, one thing they could of never predicted is that I would finally sit down and watch the entire series cover to cover 9 years after it came out and 2 years after it was good. Granted I did watch the final season along with the rest of the world which according to most fans of the show is the best season fainle of any television program ever.

But I am lucky. I have my health. I have my dog, and I have 7 seasons of one of the most enthralling television shows of all time to get through. People are like hey PFT how come you didnt watch it when it came out. First of all I didnt have HBO because I dont support Hollywood pedophiles in the film industry except when its convenent for me to do so, politically. Secondly, I watched the first episode and a half back in 2011 and there were simply too many names to keep track of. Now I know why football coaches just call players by there number in training camp. Be much easier if they had position groups and I knew to call Drogo "56", Jon Snow "15" and the Dothraki "12s" in honor of Seattle because they're loud, they live on some weird peninsula, and they love to come from behind.

I'm gonna start season two tomorow and I encourage anyone out there who hasnt watched to tune in alongside me. But for now here are my winners and losers from Season One- 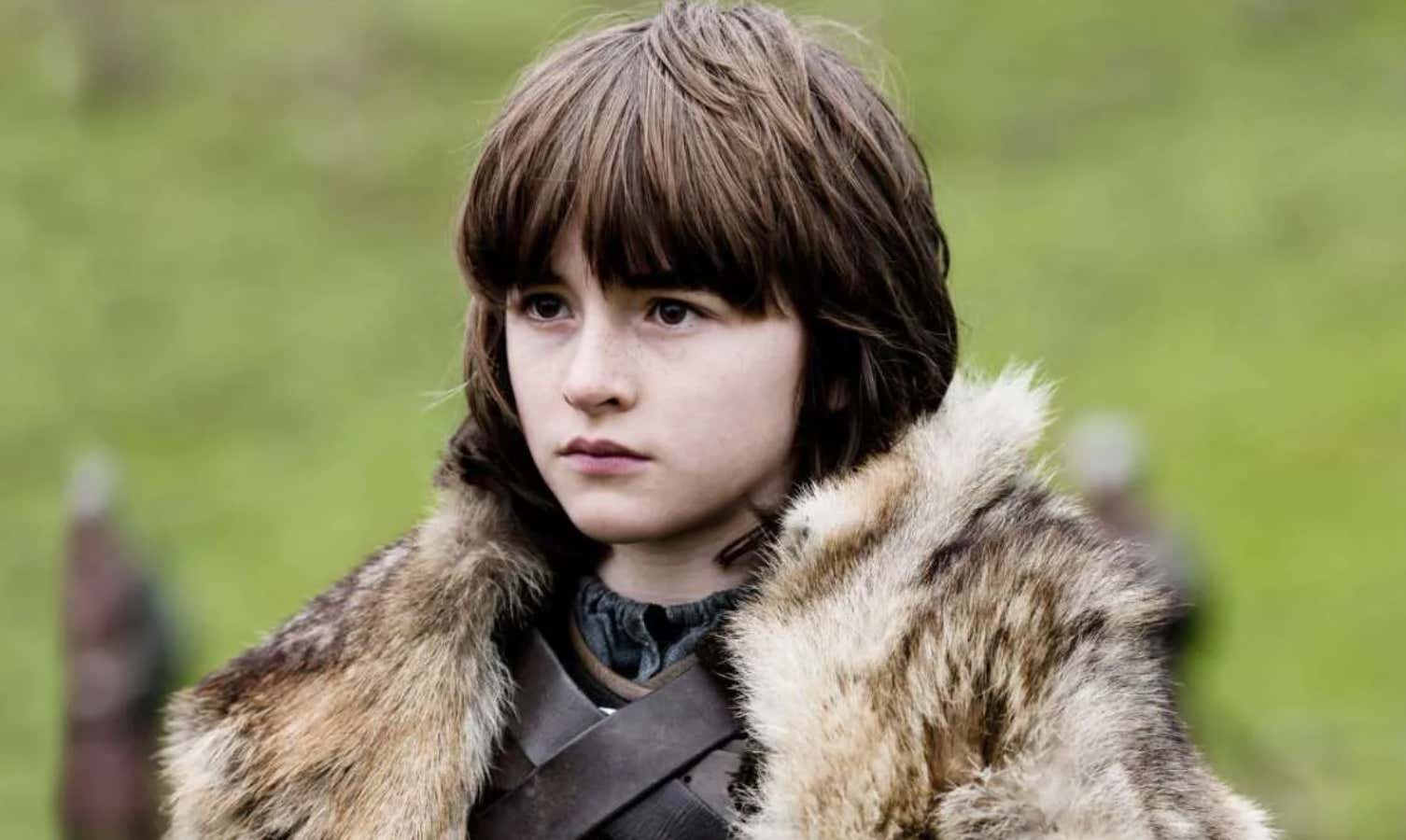 Yeah he got injured or whatever but he was an awesome climber which is cool as shit if you're a kid, plus he got to watch people have sex and when your 11 years old you would take that trade any day of the week. Out of every step back though society takes two forward, and just as Shakespeare wrote King Lear during the plague, this unfortunate interruption was the inspiration for I Write Sins Not Tradgedies by Panic at the Disco! some 400 years later.

Brans also a big winner because living in Westeros seems like a real pain in the ass to get anywhere and he figured out a lifehack into not having to be exhausted from walking all the time.

One downside to Bran is that hes a giant weirdo who no one likes. He's always staring at birds like a cat or something and its annoying whenever he's on the screen, or you hear his voice, or someones talking about him, or I remember that he exists.

Bonus Fun fact about Shakespeare: A lot of people say that Macbeth is a cursed word in theaters because it causes bad luck and accidents but thats not true. Its a cursed word because back in the day if a theater was debuting a new play and it didnt get off to a fantastic start in terms of ticket-sales, the manager would just shut it down and bring in Macbeth because they knew it would allways sell out. So its actually alot more like saying "Freebird" at a live band performance. Remember that on jeopardy one day you'll thank me. 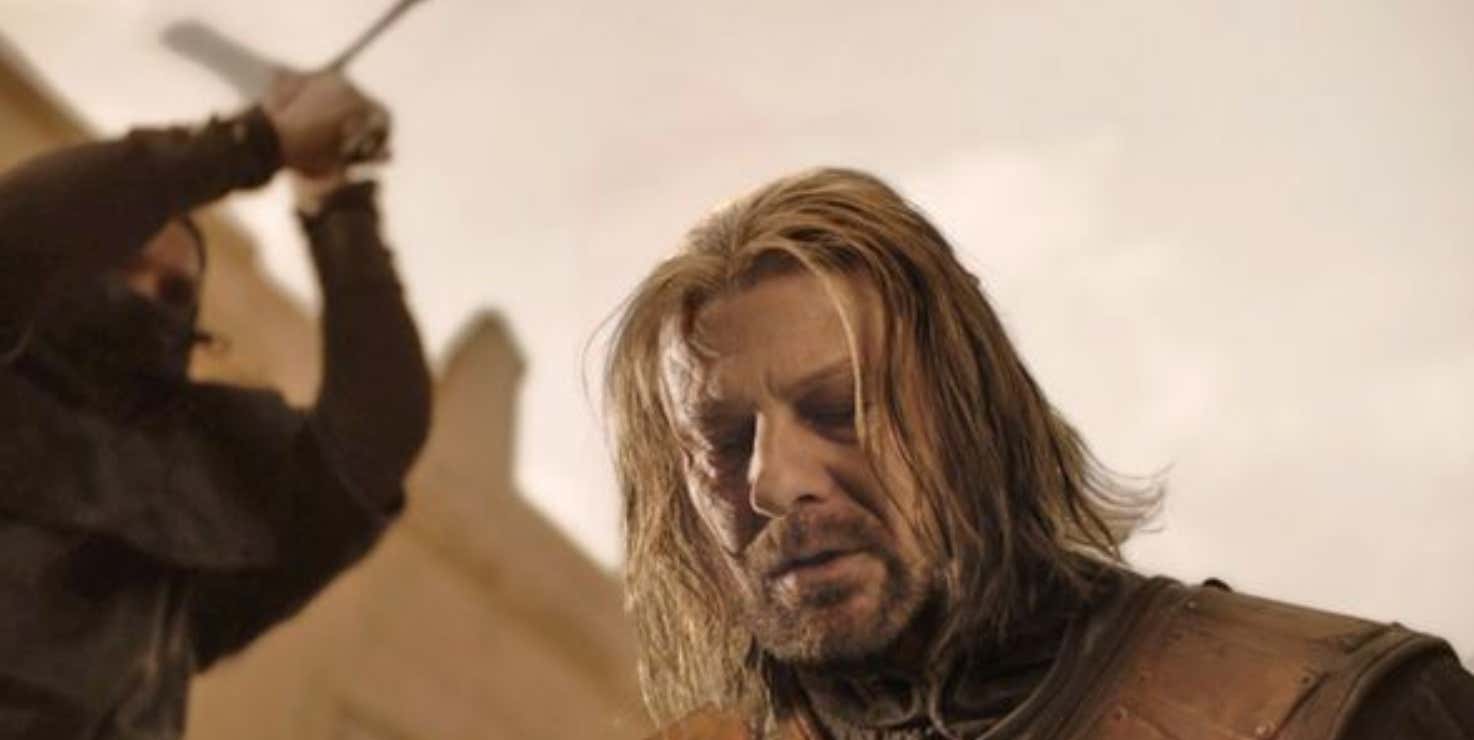 The embodyment of "die a hero or live long enough to see yourself become a villain." The more stuff you do in life the more your likely to screw things up, and Ned was lucky enough to start his first 40 years on a hell of a undefeated streak for the cash filled with being honorable, choosing a wonderful wife who isnt sleeping with her own brother, and most importantly he has a personally fulfilling life being a big time #girldad.

Ned was playing with house money, so its probably for the best he got killed before he became corrupted by power, riches, and maybe the chance of walking in on the eunuch court advisor guy peeing out of his hole and being totaly creeped out. A sharp-sword is the ultimate preventative eye-bleach when it comes to unseeing something before you ever have to look at it.

The interesting part of killing Ned off is that it sets a important tone for the rest of the series that the whole point of this show seems to be to get pissed off at the writers over and over again until they write a extremely bad series finale as revenge. Its almost like that by killing Ned, they turn the viewer into Ned- you spend all your energy fighting back against injustice until at the very end they throw you away like a rotting pumpkin. 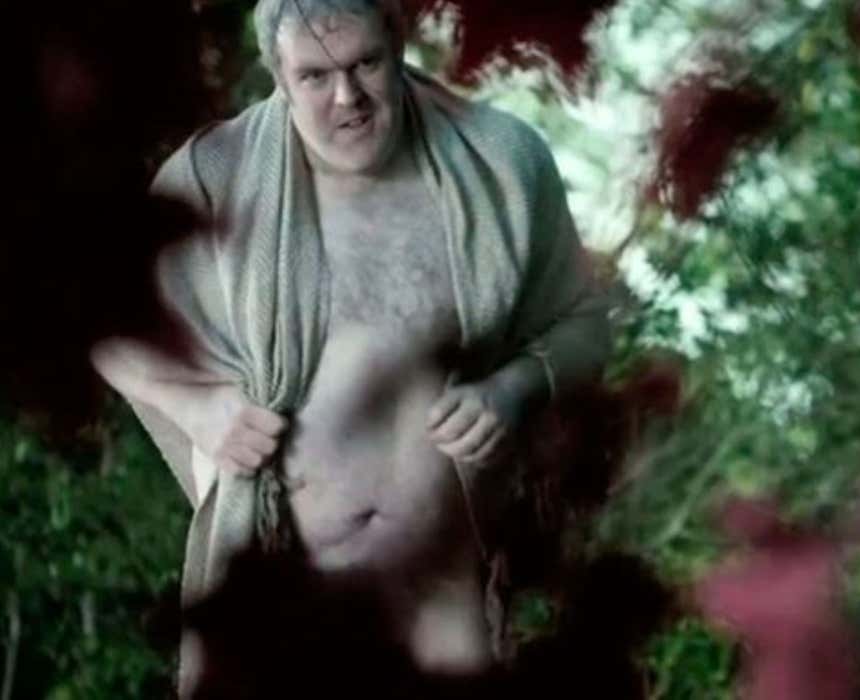 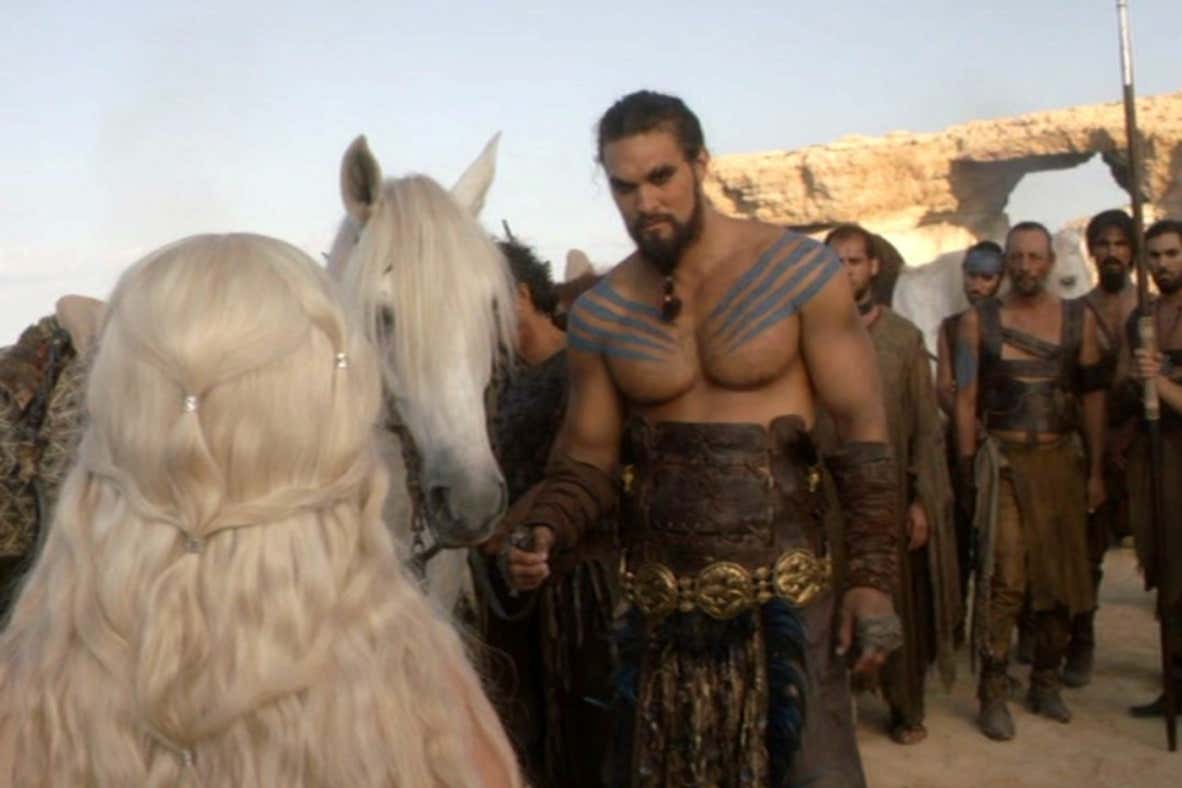 A hyper-masculine group of warriors, strength-understanders, and avid outdoorsmen whose tattoos fall somewhere between those of a "crystal meth-enthusiast" and "7 string guitarist". The Dothraki allowed themselves to be cucked by the blood of a outsider in Danyerius (I will not learn how to spell her name), and their utopic society of killing shit and burning stuff softens as they get a new queen who encourages them to stray from their motto of "fellas is it gay to have sex with your wife".

The Dothraki were a perfect society until the became all PC under the leadership of Hillary Rodham Khaleesi who proceeded to start a illegal war and hire a abortion doctor as her top advisor for her husbands wound. By the way, the Dothraki language is beatiful in a exact opposite way to the eskimo who have 1,000 words for snow, the Dothraki use the word "horse" to describe literaly everything. Boats are "wooden horses that cross the sea", Drogo's unborn son is "a stallion who will mount the world" (which implies that the world is also a horse), their arrows are "flying pointy horses" and a vagina is "the human version of a horse vagina. " I said on twitter that it reminded me of how Cris Collinsworth describes every play as a variation of a RPO.

Its sad to see such a cool group of people like the Dothraki be corrupted by the pussfication of America. They started out like a college rugby team on steroids, or a college football team- and then they ended the season like a chess club who were afraid to commit war crimes and spent all there time worrying about their precious queen. Cucks. 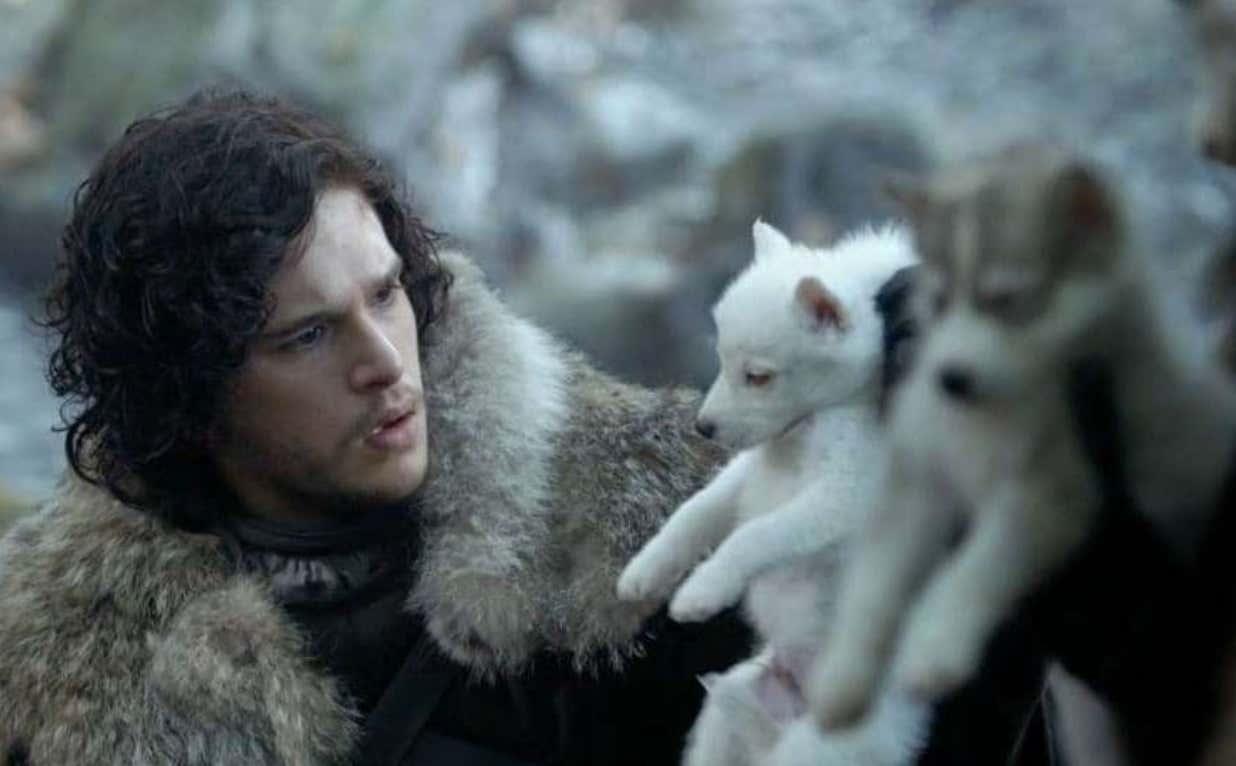 Received zero boops when Jon rode away to Kings Landing. 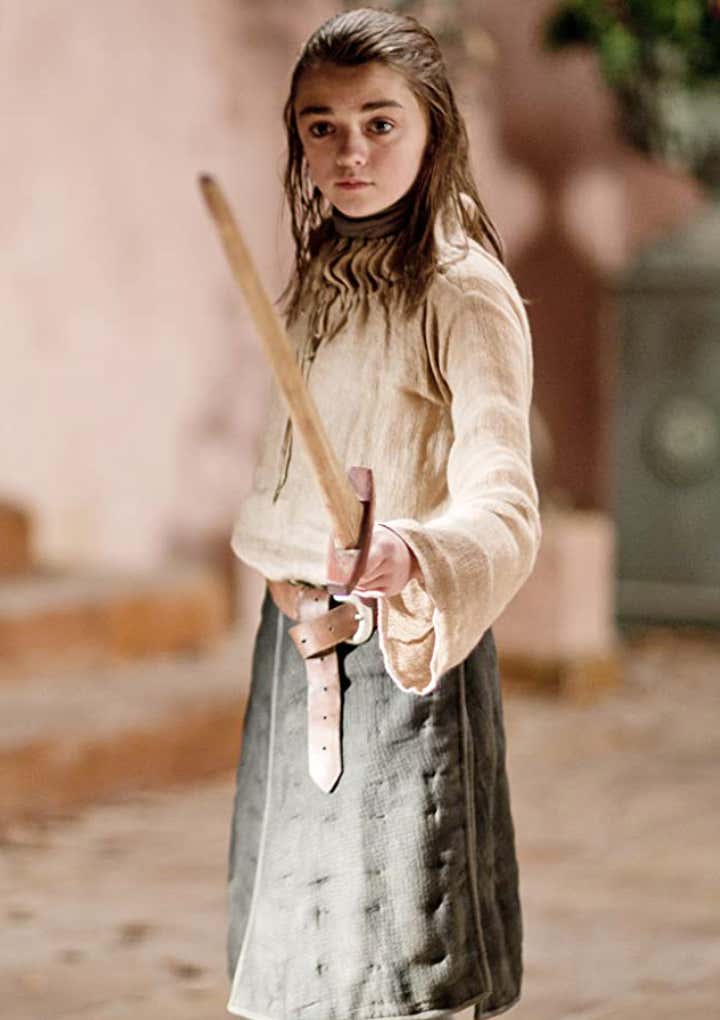 Had a bad attitude and a case of the green-eyed monster jealousy as her sister got bethrothed to a mental alpha super philosopher-king Joffery. Some guys have it all, and Joffrey was raised with a surplus of confidence and chromosomes, making him irrestible to females and alot of easily preventable diseases. All Sansa wanted to do was jump Joffreys bones as he exuded a aura of decisiveness and John Wayne Masculinity crossed with Jared Kushners iron will, and her kid sister Arya was cock blocking/clam jamming the two of them all the time. Maybe if Joffrey had just gotten laid before he became king he wouldn't of even wanted to kill his wife's dad. I personally blame Arya. Arya spends most of her days scampering or scurrying around various markets filled with people who are taller then her looking lost everytime she goes longer than 30 minutes without killing a fat kid. The end of the second to last episode was awful as her dad got his head cut off, and she got her hair cut into unwanted bangs, the two worst things that could ever happen to a girl not necessarily in that order.

Big Takeaway from season one is I really miss going to medevil times. If you've never been its like Dave and Busters except someone might die.

Khaleesi is going to get alot of people killed one way or the other.

Cersei will at some point try to fuck Joffrey because she hates him so much. I dont know, dont really understand Cersi but I think she bases her decisions on what the worst possible idea is, and then she does that. Jamie is going to kill Joffrey because they call him The Kingslayer, but for some reason continue to invite him to hang out around kings. Seems like a red flag.

Jon Snow is going to continue to stare off into the distance alot and probably kill a bunch of bad guys as he finds out more and more what his own geneological history is from strangers who are probably lying to him. He better fuckin boop his dog.

Everyone will continue to say "winter is coming" all the time like a bunch of worry-warts. If you spend all your time thinking about the bad stuff that might happen your not living in the moment and life will pass you by. Dont spend all your time thinking about some losers that cant even figure out how to climb a wall. Lions dont concern themselves with the opinions of sheep.

At some point Jon Snow is going to take his sword out when theres a bunch of horses running toward him. Very looking forward to that

Someones gona hold a sausage out like its a penis

Someone jumps out a window super calmly. I dont remeber who that person is, or this might be a scene from Mad Men I'm remembering instead