I'm not going to sit here and pretend that I've seen every episode of "Models in Quarantine." While the pilot showed some promise, I felt the subsequent episodes lacked originality and growth. The director focused too much on character development without moving the plot forward in a meaningful way. It got boring. Sorry, it's just my opinion. So admittedly, I'm a bit out of the loop with what's happening in the series right now. However, I still tried to check out today's episode "Models in Quarantine 14" and I couldn't help but notice: 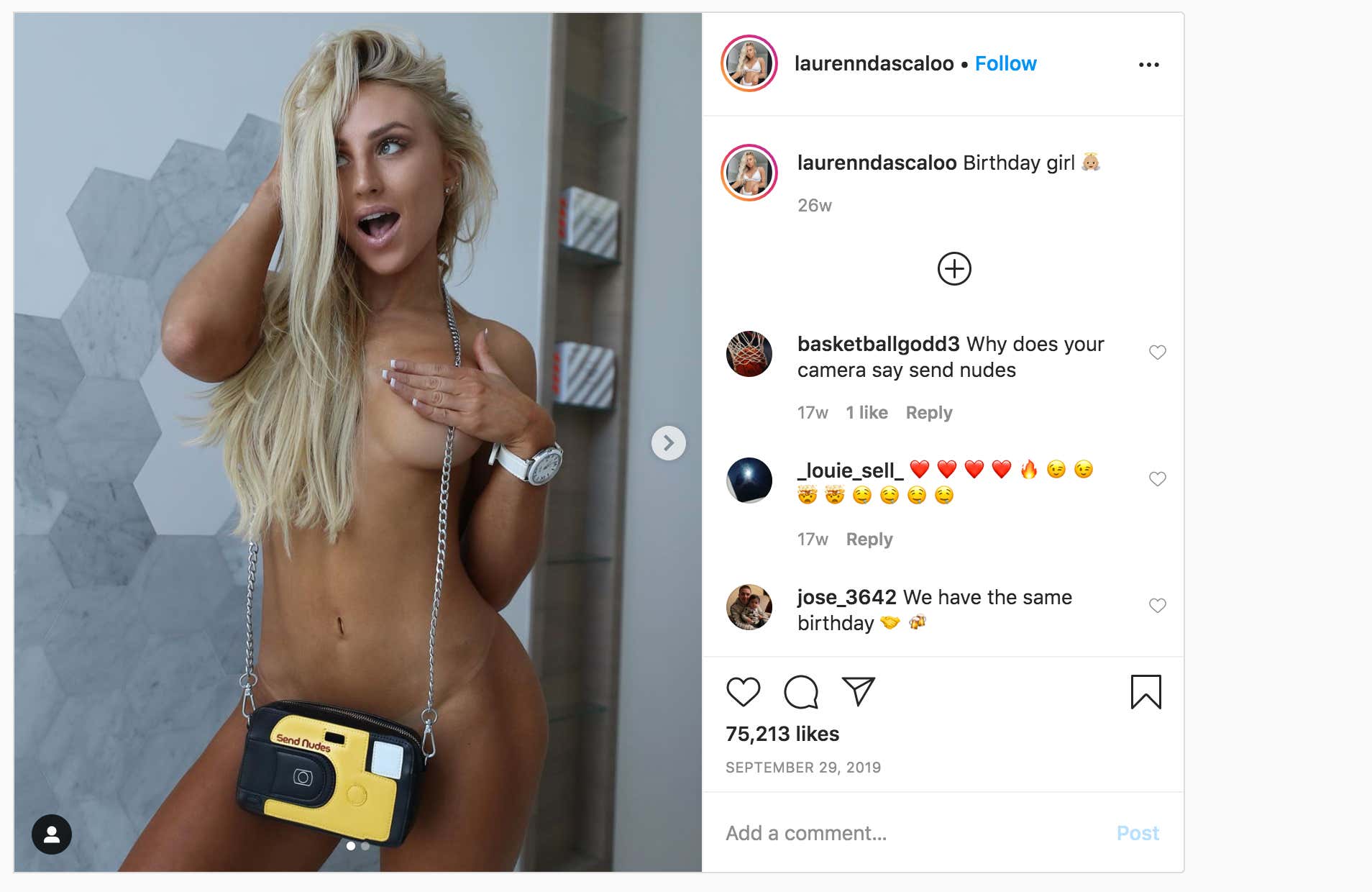 Uh... hey Nate...  That is not a model in quarantine. That's a woman looking for her bra during week four of the 2019 NFL season.

Why are you lying to us?

And what about this?

You're saying that this model is "in quarantine," but the March 4 date suggests otherwise. I know you'd probably like us to think that this model is haphazardly bumping butts with friends during an international crisis, but that's not the truth is it? The truth is that this picture was taken when toilet paper was still in stores. The biggest news on March 4 was that Mike Bloomberg dropped out of the presidential race. Dude I don't even remember who Mike Bloomberg is!

So Nate, I'm not saying that you need to cancel this series. Heck—I'm not even saying you have to change the content. All I want is for the people out there to know that if this series seems too good to be true, it's because it is. "Models in Quarantine" is as fake as the boobs inside it!