First of all, this does not violate my being #done with Kanye after he did Taylor dirty. This art was done before the #done, so I can still say it's impressive. That's a loophole I just made up and I'm gonna exploit the hell out of it for the sake of this blog.

But two things stuck out to me in this video:

1. Obviously, Kanye's art is shockingly good. When I saw the thumbnail I assumed that was someone else's art, which wouldn't have made any sense but still. Apparently he did it as a 17 year old at the Polaris Institute (whatever the hell that is but the lady seems impressed by it). I always figured that Kanye was an eccentric brain but actual artists would listen to him and get his thoughts to paper. Apparently fuckin' not!

2. Far be it from me to tell a professional she's wrong but she is DEAD wrong with that valuation. Kanye has sneakers that were "mass" produced (idk what the actual number is for mass production, but they made a lot of Kanye sneakers) that go for more than this entire, original collection? Get the fuck out of here. Air Yeezys are like 5k each on GOAT. Red Octobers are 10k. He's got a significant amount of sneakers that cost in the thousands but a one of a kind piece of art by one of the best known artists of our generation goes for less? WRONG.

3. You can probably do this with every celebrity who said what they wanted to be in high school, but that flyer from Kanye is crazy. "Will continue to pursue a music career as well." I'd say things worked out.

4. I think I found out which one of Kanye's cousins stole his laptop that he was fucking on and made Kanye pay him 250,000 to get it back. Gonna take a guess that it was this dude's husband. 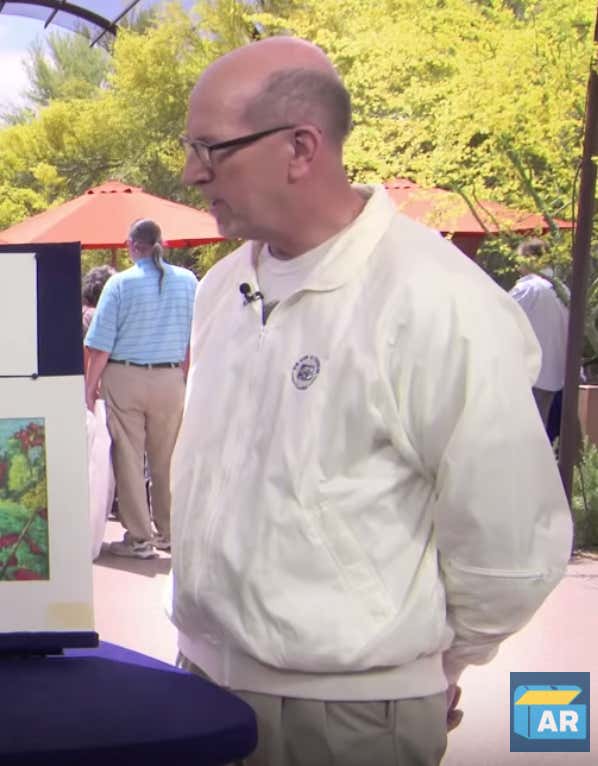 Is there a clearer way to snitch on yourself here? This is a step-by-step way to announce you've been excommunicated from the family. Each and every thing happening here seems like something Kanye would hate. You're selling Donda's estate, you're profiting off of Kanye's work, and you're doing it all in front of a camera.