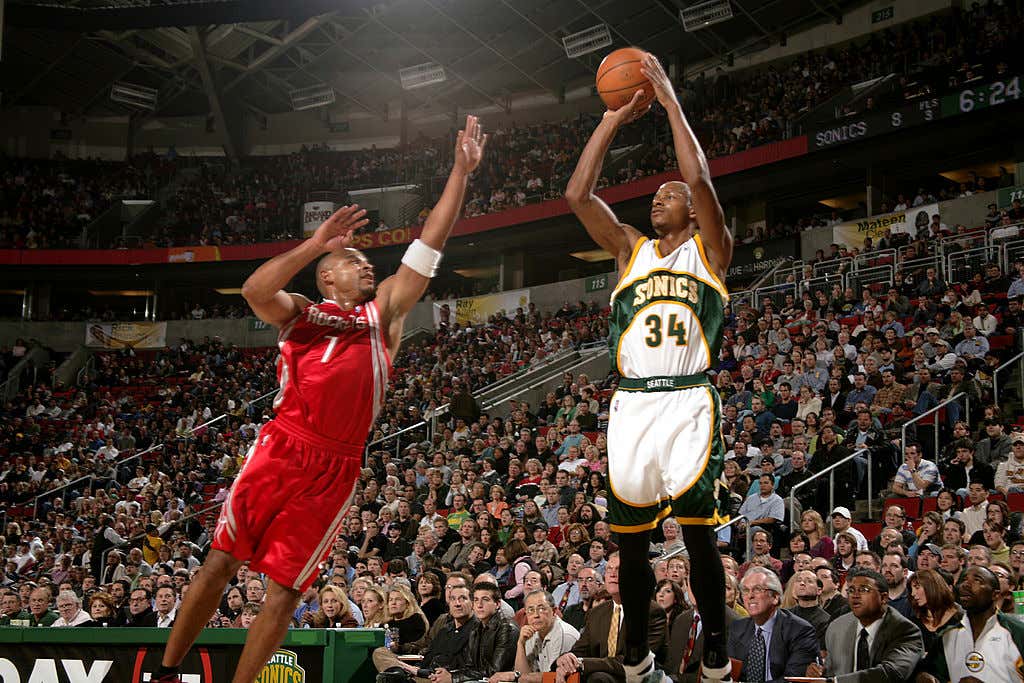 Alright so we're going to switch gears a little bit this morning. This blog is inspired by the following tweet

I went Celts in 7 with this reasoning

GS has the clear advantage at PG

Prime Shaq cannot be stopped by any human, even prime Boogie

Prime KG puts Prime Draymond in his back pocket

Not all that hot a take in my opinion. However one response I got from multiple people was that Prime Klay is a better player than Prime Ray Allen. My head almost exploded. Then I figured maybe that person is just 16 or something and never actually saw Prime Ray play. Remember, this includes zero of his Celtics seasons so it's not like I was being bias or anything. It's just a fact that Prime Ray was a better player. That doesn't mean Klay stinks, but Prime Ray was one of the most lethal players of his era. He wasn't just a shooter, and I think that's what a lot of people forget. Ray Allen could fucking yam on people and actually had a game off the dribble.

So, this morning we're going to have a little bit of a history wake up so anyone who may have thought that can quickly realize how silly they sound.