This is one of the most iconic shots in NBA Finals history. Impossible to argue anything about this. It gave Cleveland a title, finally. It ended the Warriors historic season after a 73-9 regular season. It's part of the reason why they went out and got Kevin Durant and changed the landscape of the NBA even more for a few seasons. Shit, it was a 3-1 comeback even.

So obviously there's no sports on TV (except The Challenge and horse racing). That means channels like ESPN has to get creative in what they show. By creative I mean they are just showing old replays of games. Last night they were showing the 2016 NBA Finals. As I stated above - a pretty big series!

But then they went full ESPN and fucked up. How you might ask? Let me show you some tweets: 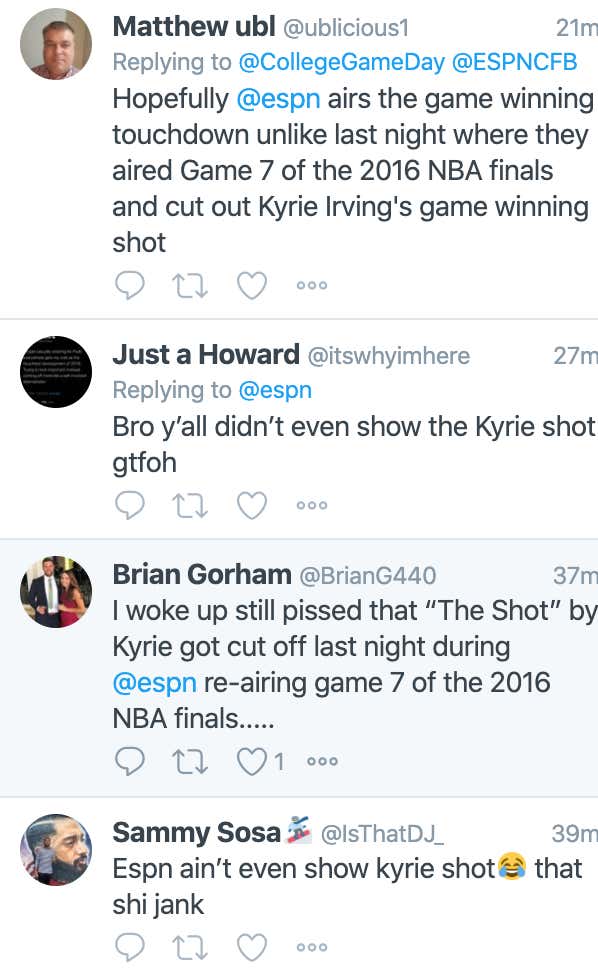 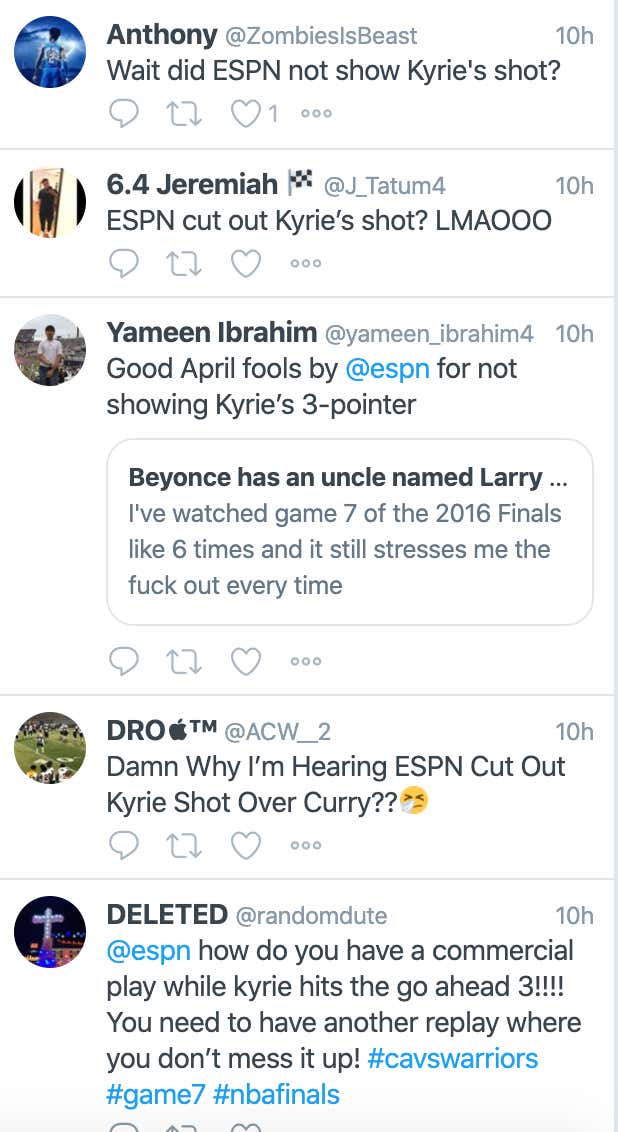 They ran a goddamn commercial long and cut out the most important play in Cavs history! ESPN gonna ESPN. Honestly leave it to them to ruin a replay of a game. I don't know how you ruin a replay. You literally just run the same goddamn thing you produced a few years ago.

Of course it was Cleveland too. This doesn't happen to any other city unless Buffalo ever wins a title. I'd feel bad, but I'm friends with way too many assholes from Cleveland. Obligatory video time