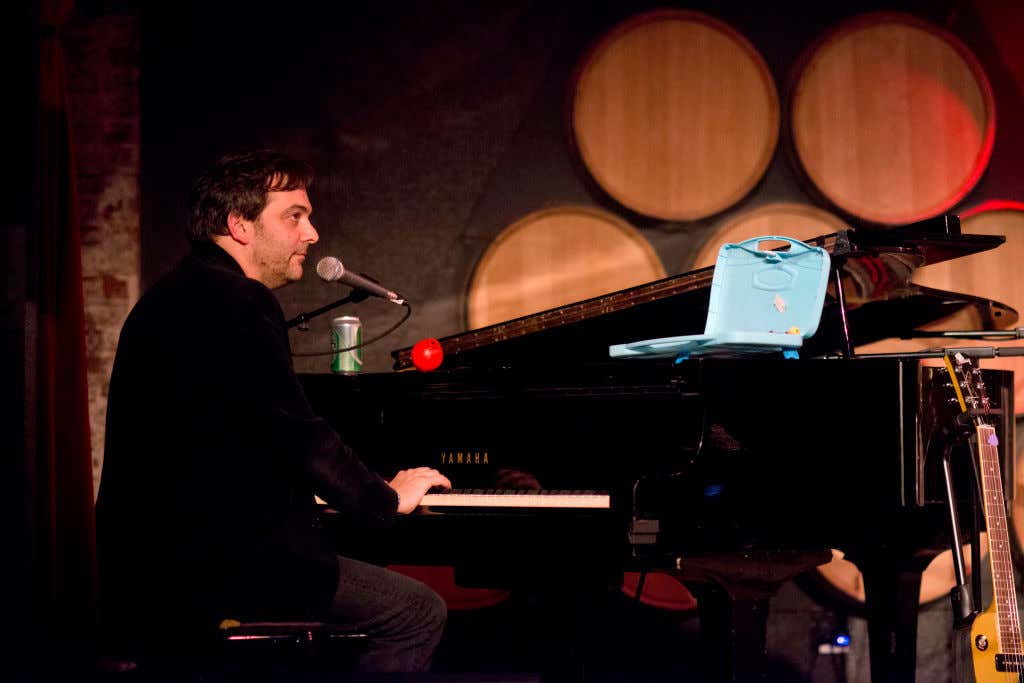 AV Club - Adam Schlesinger, the award-winning songwriter, producer, and co-founder of the rock band Fountains Of Wayne, has died of complications from coronavirus. Variety has confirmed the performer’s death.

As a highly accomplished songwriter, Schlesinger has made his mark through a number of iconic tunes. He was perhaps most known for his founding contribution to Fountains Of Wayne, the rock outfit behind the inescapable 2003 hit, “Stacy’s Mom.” The catchy pop-rock anthem was nominated for two Grammys, Best New Artist and Best Pop Performance by a Duo or Group with Vocal. Prior to that, however, he had written the bopping title track for the 1997 Tom Hanks-directed film That Thing You Do. In the musical comedy, the hit track is performed by the Beatles-esquel band The Wonders. Schlesinger was nominated for an Oscar and a Golden Globe. The prolific musician also wrote, composed, and produced music for There’s Something About Mary, The Manchurian Candidate, Scary Movie, and a host of other well-known films.

With a career that has crossed multiple genres within entertainment, Schlesinger long established his immovable place in pop culture. His brilliant vision lives through the music he’s written for the Jonas Brothers, Katy Perry, Bowling For Soup, and countless others. He is survived by his wife, graphic designer Katherine Michel and their two daughters, Sadie and Claire.

Extremely sad news tonight as musician Adam Schlesinger has passed away from complications from coronavirus. What a gut punch. He was the lead singer of the band Fountains of Wayne that we allll know because of the smash "Stacy's Mom". He also wrote the titular song for the Tom Hanks movie "That Thing You Do" as well as a ton of other songs that we hear every day.

He's one of those guys who you didn't even realize was so big in the music industry. He composed music for TV shows, movies, and Broadway. He has 3 Emmys and a Grammy and wrote/produced for a ton of other artists.

Everything that is going on right now is so incredibly sad. The White House yesterday set the minimum of predicted number of deaths at 100,000 in the USA. It's awful. This whole thing is awful.

Stay inside, be safe, and protect yourself and others. It's all we can do. It's not that big of an ask- stay inside and sit on your couch. That was always the dream, now is the time to do it so we can limit the number of blogs like this.

Both of these songs can stake claim to being in the top 1% of songs ever written. RIP.

that thing you do+ 2 Tags