First of all, I can't believe Daniel Jeremiah has been sitting on this document since his Ravens days and is only now just releasing it. You'd think someone in possession of these would have had them etched onto plates that would survive a nuclear war to preserve them so future generations can start properly scouting football again once the Earth is repopulated. But the way he writes about it, it almost sounds like he found them in a sock drawer or in a stack of old Maxim magazines with Jennifer Love Hewitt and Jamie Lynn Sigler on the cover while he was doing spring cleaning.

For me, this is like one of Napoleon's soldiers finding the Rosetta Stone holding up a wall at Fort Julien and suddenly we can translate hieroglyphics into Greek. It's a Bedouin shepherd boy finding the Dead Sea Scrolls in the Qumran Caves 2,500 years after they were written. I mean, I've spent the last 20 years of my life trying to decipher these mysteries. I didn't just become The Belichick Whisperer overnight. I've done it through hard work. Untold hours spent looking for patterns in his drafting. Eliminating certain types of players through empirical evidence. Assessing the players he's selected vis a vis the ones he's passed up. Pouring over spread sheets of heights and weights, 40 times and "flying 20" times and the all-important 3-Cone Drill. It's been my life's work. And yet, here is the key to Belichick's personnel philosophy, reduced to a few paragraphs. Like a cheat code into his genius. 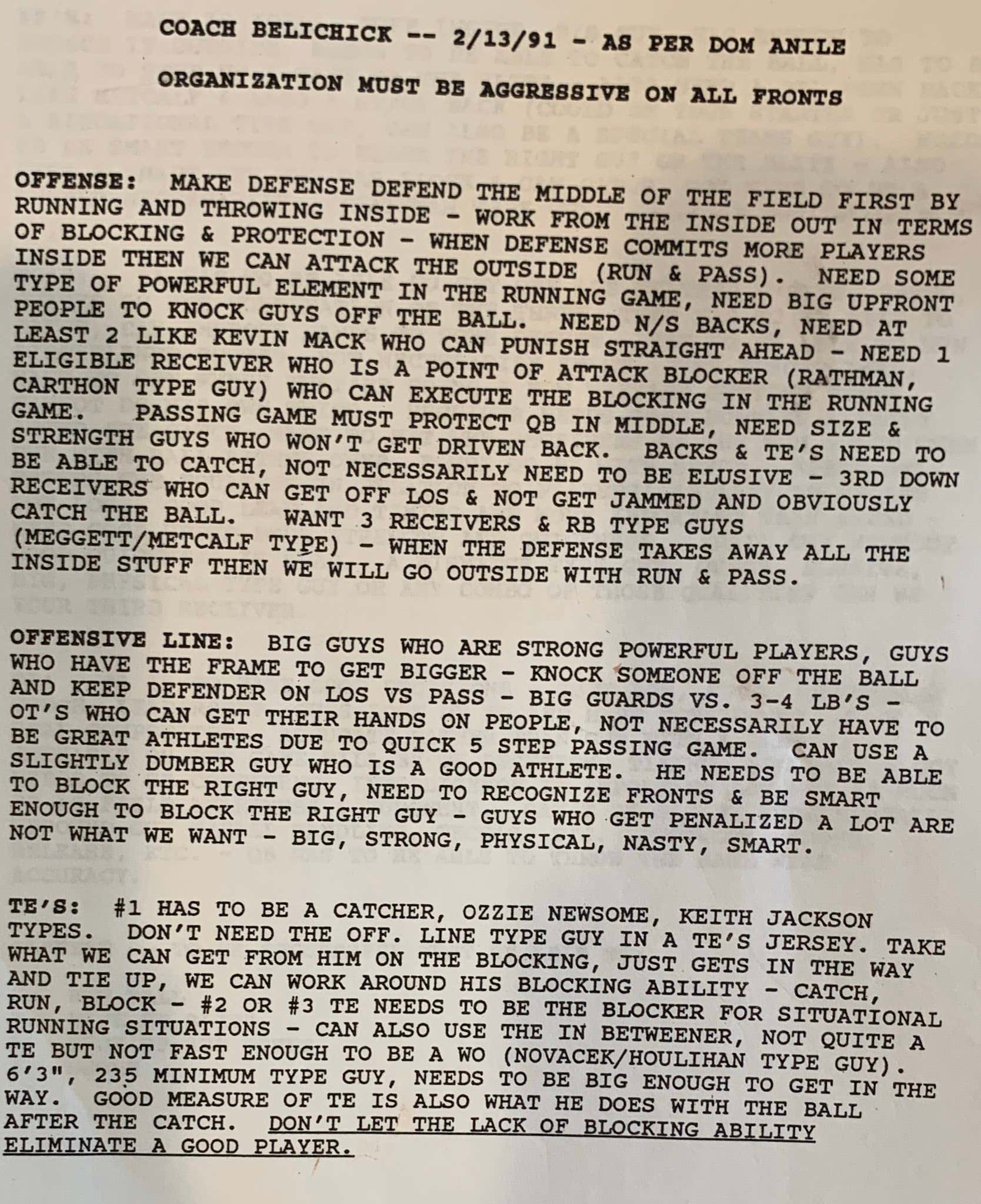 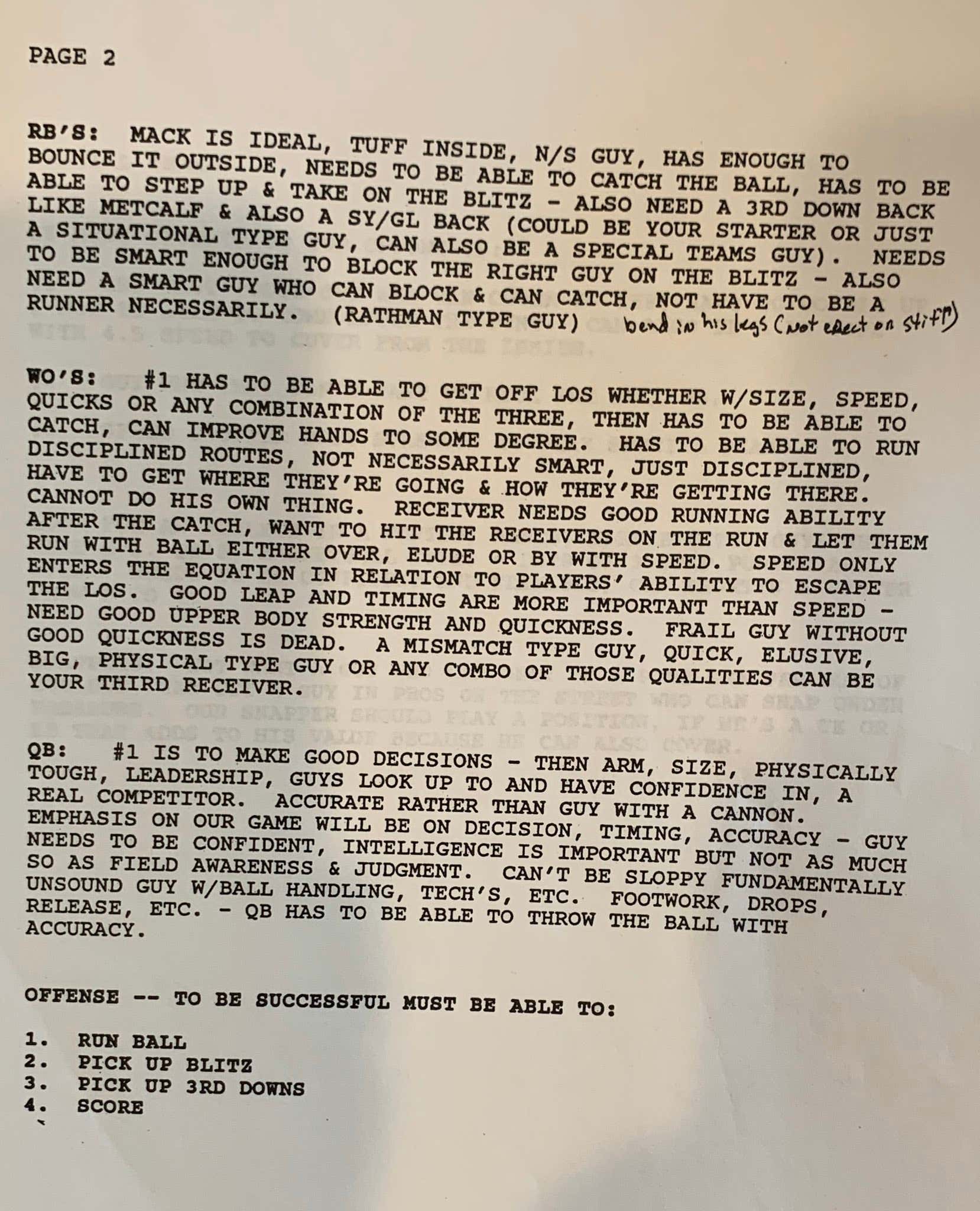 Like most scholars, I will be pouring over these documents in the weeks, months and years to come. I don't want to jump to conclusions and risk misinterpreting the meanings behind these terms. There's a lot to go over and context will be important as we go forward. But just to provide a few initial reactions:

Like I said, I'll be pouring through this for years, if not forever. My only request is, if anyone else is holding onto memos that unlock the secrets of the man I've spent my life studying, could you please make them public? Like now? I don't think it's too big an ask.